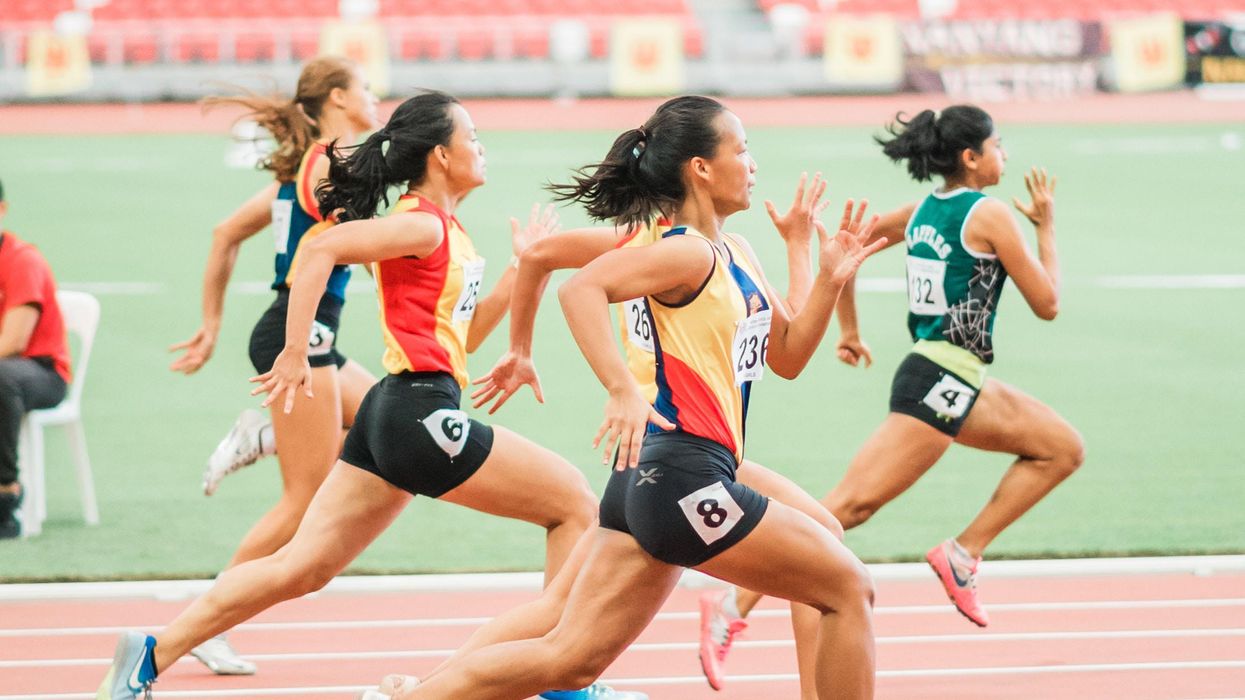 The 2020 Tokyo Olympics started on July 23, 2021, amid a few different controversies. Beyond the question of whether it was safe enough to hold them despite rising hospitalizations from COVID-19 variants, there have been concerns about ongoing sexism, racism and prejudice against transgender athletes.

As a scholar of ancient Greek literature, I find myself looking at the Olympics every four years not for the idealized spectacle, but as the complex, confounding cultural phenomenon that they always have been.

The modern Olympics have shared positive and negative aspects with their ancient Greek models since the legendary founding of the games at Olympia in 776 B.C. Both were venues for showcasing human achievement and excellence. And both have also been exclusionary vehicles for an elite culture.

In talking about the Olympics today, many of us focus on the contests of the same name, the sacred games at Olympia founded by the hero Herakles in honor of Zeus, the father and king of the gods. These events were of such cultural importance in ancient Greece that their four-year schedule was shared by the several thousand city-states that made up the larger Greek world.

Treaties would be ratified to last for a number of Olympiads. When Greek historians such as Thucydides want to give a date with a common reference, they often refer to a year of the Olympiad or the victors. Xenophon, the Athenian historian and philosopher, identifies what we now call 409 B.C. as “the ninety-third Olympiad."

The city-states of ancient Greece were separated by rough terrain and an independent streak, but united by the sea and trade. They had several main dialects, different political practices from one city to another and many different ways of viewing the world.

The Olympian Games were not the only international games in the ancient circuit. From Sicilian Syracuse to Rhodes and Cyprus, Greek aristocrats gathered nearly every year to compete in contests at centers such as Olympia, Nemea and Delphi, and near the Isthmus of Corinth.

These competitions were part of a small group of practices that are recognized today as indicators of a Panhellenic culture, the culture shared by all Greeks. Other markers of shared culture included worshipping at the oracular sites of Delos and Delphi and embracing the epic poetry of Homer and Hesiod. Competing in the Olympic Games, for ancient Greek communities, signaled shared values and identity.

From competition to social class

There's a kind of simple beauty to the idea of the games. They functioned as religious rituals where sacrifices were performed in honor of the gods and victories were signs of divine favor for participants and their cities.

For individuals, games were a venue to demonstrate personal excellence as well as piety. As the seventh century B.C. Theban poet Hesiod sings, “The gods made sweat the price of excellence."

But this opportunity was not open to everyone. With very rare exceptions, the games were only for male competitors; in many cases only men were part of the audiences. They were also restricted by social class. Only scions of noble families had the time to train for and travel to these competitions. And only the aristocrats had the finances to sponsor teams of horses for events days away from their homes.

Again, this is not so different from today. Estimates from the last Olympics had each medal costing around US$20 million in training and support costs. Such high stakes invited cheating and bribery: Opponents were bribed to throw matches, and judges conned to favor one side. And some athletes in the ancient world had sponsorship deals too, gaining financial and material support from wealthy patrons or athletic guilds that wanted to see their cities bring home the glory.

Yet even though these games were by and for aristocratic families, they attracted real interest in their hometowns. There was a relationship between the honor achieved by a citizen and the reputation their victory brought to their city.

In one of his many odes in honor of an Olympic victor, the fifth century B.C. Greek poet Pindar asks rhetorically, “What god, what hero and what man will we celebrate?" The god and the hero he goes on to praise are those associated with the victor's hometown. Even in the past, a victory in international games fanned the flames of city pride.

Not everyone was cheering, though. In Athens, an Olympic victor could expect to receive free meals for life at the public dining hall. According to the philosopher Plato in his dialogue the “Apology," his teacher Socrates proposed that he be given the same honor as an Olympic victor when he was put on trial for impiety and corrupting the youth. Socrates argued that his questioning of people's knowledge and basic belief systems was a far greater service to the city than any athlete could ever deliver.

Ancient Greek games like the Olympics provided a place for the international elite to compete and rival one another without killing each other on the battlefield. They also served as a place for cities to jockey for position in honor and bragging rights.

With so much influence collected at comparatively low stakes, they were also places for controversy, like today. There were political boycotts, conflicts over eligibility and even armed standoffs.

The games were so important that the ancient Greeks swore oaths to establish cease-fires even when the Persians invaded in the fifth century B.C. It was also so during the Peloponnesian War, the conflict between Athens and Sparta from 431-404 B.C. that included a plague.

Most people could never hope to participate in the spectacles, but they avidly followed them and cheered on their local champions at home. Holding them – despite natural disasters and conflicts – was a religious obligation and part of maintaining a shared calendar. But it was also an indication of how different the lives of the aristocratic classes were from those of the larger population that suffered the most during conflicts and disasters.

If there's a universal spirit of the Olympic contests, it might just be this: a suspension of disbelief that transcends time and political borders. The distraction, though, I believe, might be something the global community needs. As Pindar writes in another ode, “The best doctor for the suffering we've undergone is celebration."