The waters wars are coming to a state near you — in fact, they're already here 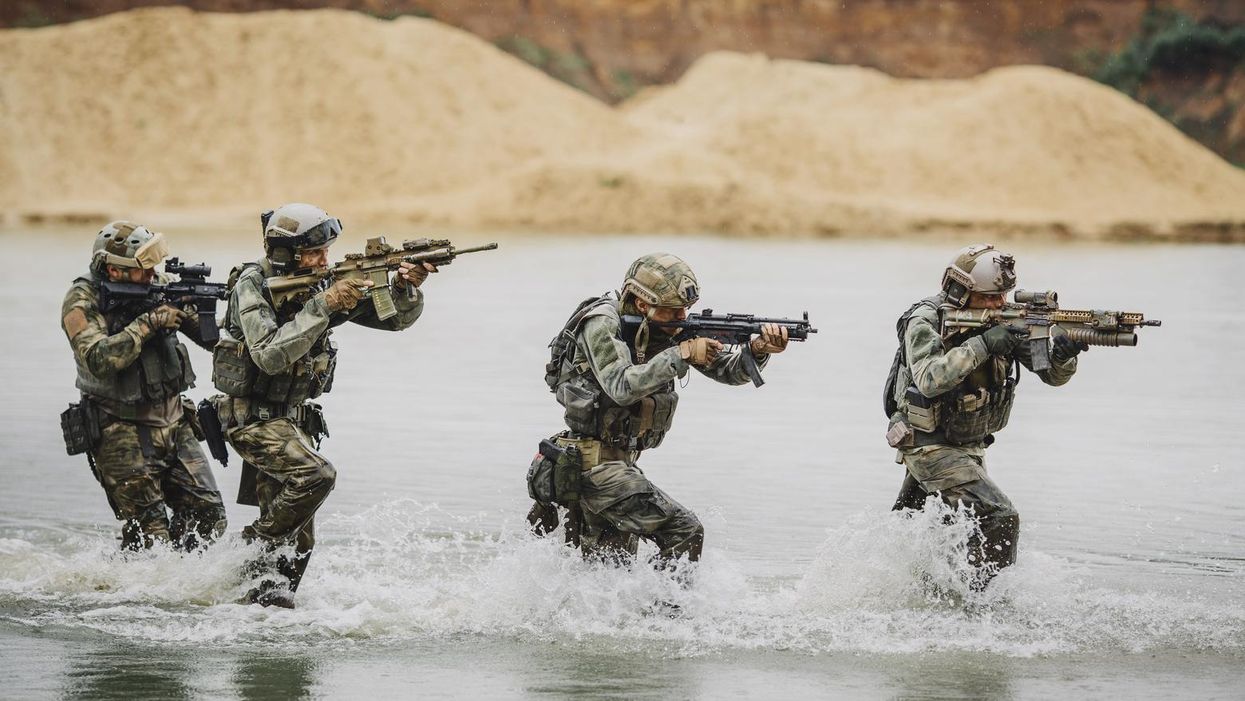 When it comes to dams, we're not just talking about hydropower. We're talking about agriculture, water storage and flood control. We're talking about storing hazardous materials. While the first dam Americans think of is usually the Hoover Dam or the Grand Coulee, most in the US are embankment dams (which are made from soil that retains the water). Many in the US were built and owned by the federal government. Today, however, more than half of them are privately owned, operated and maintained.

It may come as a shock, but the average age of the more than 90,000 dams in the US is 56. The number that are hazardous and outdated is growing. The American Society of Civil Engineers estimated that repairing them would cost nearly $45 billion. That price tag is prohibitive when neither the federal government nor the private owners of these dams is willing to front the money. We are seeing the makings of a 21st-century "water war," in the US and around the globe, but it's a war being waged over more than dams.

Underneath this story of development are the stories of conflict over water rights, the privatization of water resources, and the steady depletion of aquifers and rivers.

Especially in the American West, states are suffering through drought after drought, through problems with groundwater extraction and through conflict over who has the right to which water. In the US, as is the case in most other countries, maintaining the infrastructure for the safe use of water comes with a high financial cost as well as a high political cost. The financial cost is self explanatory, but the political cost comes from the fact that repairing things like dams and other hydrological infrastructure projects is rarely something politicians can point to as "savvy" or "impressive." It's attractive for politicians to claim they're building new and impressive water projects. But repairing infrastructure? Well, that just doesn't sound like a cool campaign ad.

In the 19th century, Americans packed their belongings and made their lives in the western United States in search of gold, coal, oil, or just to build a new life. But in the process of settling, and basically claiming the West as "American," one of the most important resources has become increasingly scarce and expensive: water.

In the West, water issues have been consistently a flashpoint, not just between and among states but also between and among white settlers, Indigenous Americans, federal government officials and the business elite. The West holds the headwaters of the major rivers in the continent, mainly the Columbia, Missouri, Mississippi, Rio Grande and the Colorado. But, importantly, the West also has the driest regions as well: the Mojave, Great Basin, and Chihuahua deserts. Historically, and to this day, the region depends on consistent irrigation to maintain agricultural production, especially because rainfall is totally insufficient. The scale of this irrigation development grew exponentially in the late 19th century as the federal government aimed to make the West attractive to agricultural settlers. The Bureau of Reclamation constructed dams across many western rivers to store water and then make use of it for irrigation. In the early 20th century, the dams the US Army Corps of Engineers constructed began to provide hydroelectric power as well as irrigation, water supply and recreation.

However, this so-called "great" era of federal investment came to a halt in the late 1980s, especially with the Water Resources Development Act in 1986. This legislation led to the general view that private and local interests should shoulder more of the financial burden for these water projects, that the environment is a new consideration that must be factored into planning and maintenance, and that smaller or more marginal projects (especially those on Indigenous American reservations) will most likely not be constructed. So for most of the 20th century, the federal government's massive investment in water projects fulfilled the main objective: attracting settlers to the West. Virtually none of the cities in the west today, nor any of the major industries in the region—such as mining, manufacturing, agriculture, and others—would have survived if not for the federal investment in water projects across the region.

However, underneath this story of development are the stories of conflict over water rights, the privatization of water resources, and the steady depletion of aquifers and rivers. Most of the rivers have been dammed to the limit to capture the runoff and in many western states the groundwater has been tapped beyond the recharging limits of the aquifers. The "water wars" of the 21st century are only going to get more intense.

In the 20th century, most fights took place in courtrooms or in legislatures, but there were also literal conflicts. One of the most famous was the conflict between Los Angeles County and the Owens Valley. In 1904, William Mulholland, the man in charge of the waterworks in Los Angeles, decided to divert the Owens River to Los Angeles County. This would mean enough water for decades. Despite years of pushback from residents in the Owens Valley (as well as some naysayers in the federal government), Mulholland achieved his objective, and his ditch in the San Fernando Valley was hailed as a great achievement that rivaled the Panama Canal itself.

In the 20th century, most fighting took place in courtrooms or in legislatures, but there was also literal shooting over water.

In what seemed like a few hours, Los Angeles transformed from a region plagued by water shortages into a virtual oasis. However, in 1924, citizens of Owens Valley decided to use dynamite to make their point heard and reverse the water diversion. With this, the conflict left the legislature and turned into a shooting contest. After three years of on-again off-again fighting, then some negotiation, the Angelenos coughed up $12 million to "clean up Owens Valley." For the citizens of Owens Valley, however, it was a Pyrrhic victory. Today, they're fighting back. Across the country (between Texas and New Mexico for example), there are other conflicts over water.

One of the most important fights over water comes from Indigenous Americans, who, since a landmark 1908 Supreme Court case (Winters v. United States), have been trying to get their rightful claim over water on reservations. Despite this case "reserving" water for Native Americans in 1908, the federal government as well as white citizens across the West have made it harder for Indigenous Americans to get even their fair share of drinking water, let alone funding for irrigation projects on their lands.

So the "water wars" in the 21st century are already upon us.

They might not be as bloody as the "war" in California in the early 20th century, but the stakes will be higher. Across the country there are failing dams that neither private companies nor the federal government is willing to repair; rivers like the Colorado are virtually dying from overuse, ensuring that eventually citizens, especially those living in arid and drought-prone climates, will be fighting harder for water; and most importantly, some of the most marginalized communities, like Indigenous Americans, continue to fight inside and outside the system for the basic right to water.

America was once hailed for its irrigation and dam development as a beacon of "modernization." As one looks deeper, however, it's clear the conflict over water has not only been drawn out, but it's also a fight that won't be ending anytime soon.