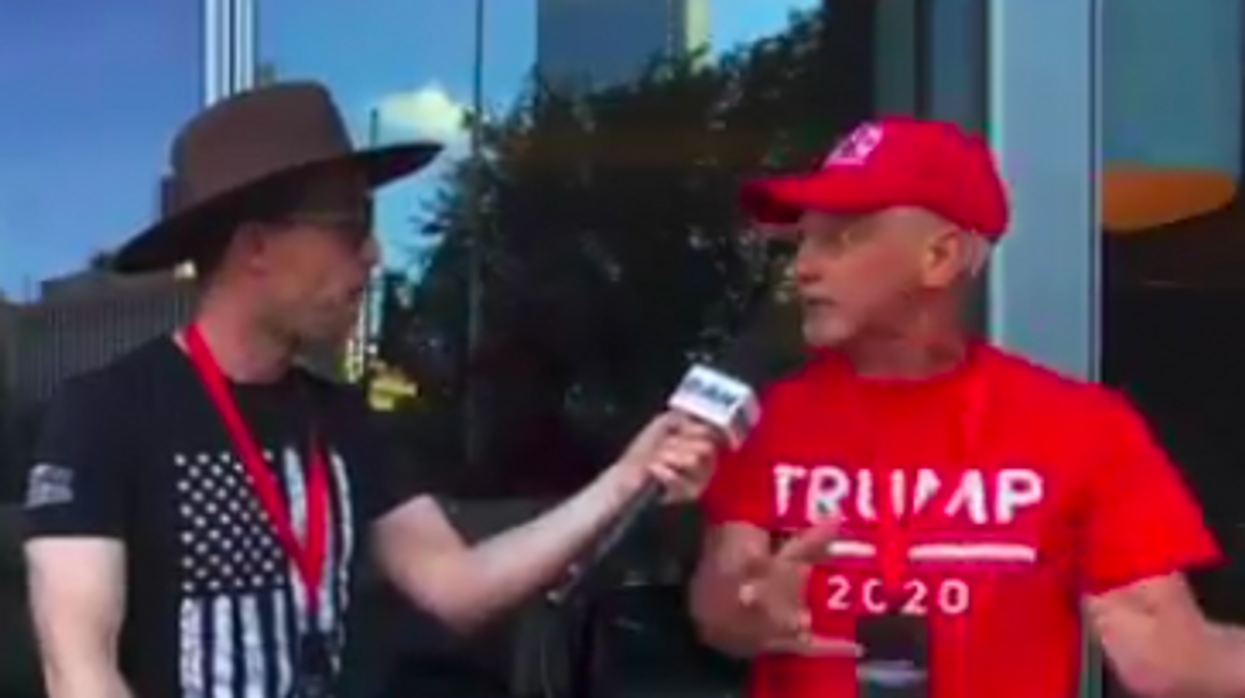 Some day, when Donald Trump is made king of the MAGA States of America—a commonwealth of the kingdom of the mole people, where he will reign over the primeval subterranean realms for a millennium, or until a hunk of Cool Ranch snackin' lard gets lodged in his aorta, whichever comes first—people like this will be out of our lives forever.

Until then, we can only gape and guffaw.

I'd always wondered about the kind of mind that could simultaneously believe Trump deserves all the credit for developing the COVID-19 vaccines while also believing that the vaccines are part of a sinister plot to surreptitiously implant nanobots that will make all red-blooded Republican men want to go antiquing with Armistead Maupin and his boyfriend before spending the remainder of the afternoon sipping cosmos at an adorable sidewalk French cafe. Or whatever the conspiracy theory is this week. Maybe the vaccine just makes your balls fall off. Frankly, in many cases, that would be an acceptable side effect.

Then there's this guy, who ratchets the cognitive dissonance up to 11.

More from our time inside the QAnon Conference. @WalterMasterson found that Trump voters think Trump should get cre… https://t.co/BsZENueMOY
— PatriotTakes 🇺🇸 (@PatriotTakes 🇺🇸) 1622655927.0

Take a bow, Trumpy Man. Those were some mental gymnastics worthy of Simone Biles.

I fear for our country as long as people like this walk among us. This is why Joe Manchin and Krysten Sinema need to suck it up and get election reform and infrastructure passed: There's simply no reasoning with the unreasonable, and if we don't act now, the unreasonable will soon have a hammerlock on our democracy.