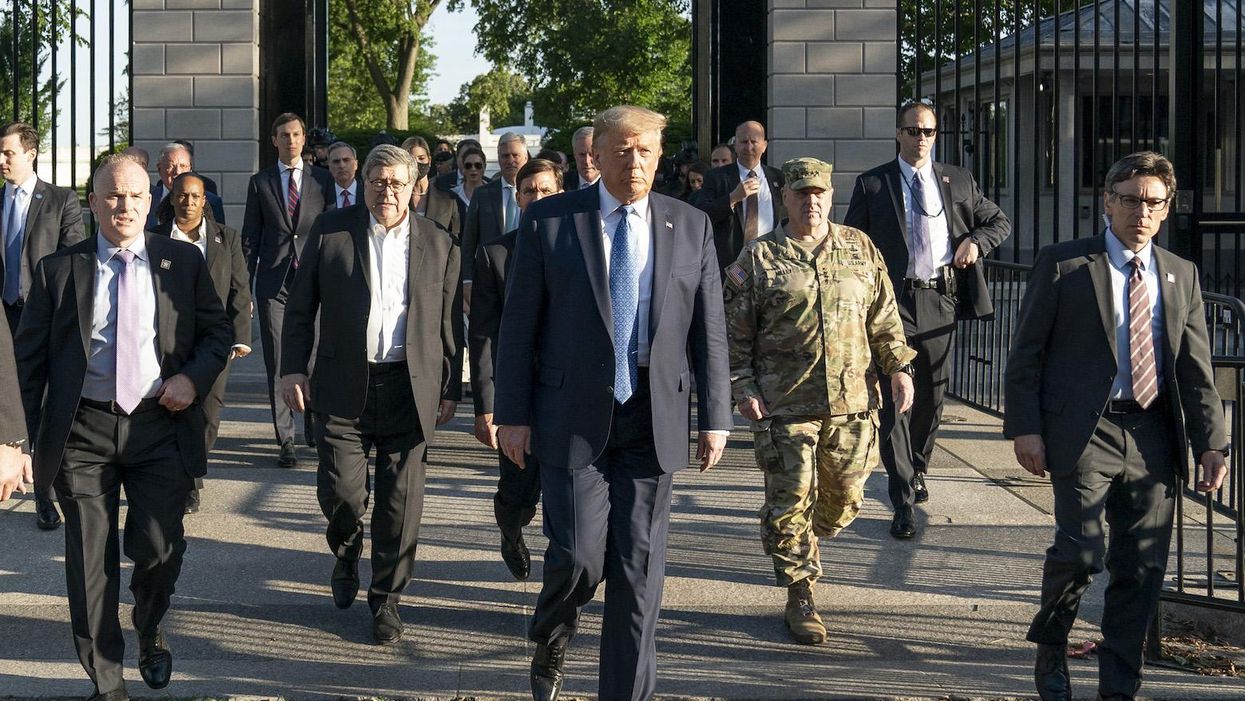 June 1, 2020 was among the many infamous days of Donald Trump's presidency. That day, nonviolent George Floyd protesters were violently removed from Lafayette Square in Washington, D.C. before Trump walked from the White House to nearby St. John's Episcopal Church for his awkward "Bible photo-op." Trump is claiming that a new report by the U.S. Park Police Inspector General Mark Lee Greenblatt is a total vindication of his actions that day, but journalist Ryan Cooper disagrees in an op-ed published in The Week.

"Don't be led astray by the headlines or the conservative propaganda here," Cooper stresses. "This report does not actually exonerate Trump, and even the most charitable possible conception of events is hideously damning of the former president. Contrary to Greenblatt's summary…. the report does not firmly conclude that Trump's visit had nothing to do with the park clearance, and more importantly, does not remotely count as a thorough investigation into that question."

Cooper notes that the report "does say that the clearance had been planned for days to install some fencing, and that happened long before Trump decided to visit."

Cooper adds, however, "But it also says that the specific time of the clearance had not been settled, and that at about 6:10 on that day, Attorney General Barr came out of the White House and asked the USPP commander: 'Are these people still going to be here when (President Trump) comes out?' — to which the commander responded, 'Are you freaking kidding me?' and hung his head. USPP personnel insisted to the IG that Barr's request did not affect their plans — a highly dubious assertion — but it was actually the Secret Service who initiated the park clearance."

Cooper goes on to say that "a very obvious question would be whether Barr, or someone else from the White House, ordered the Secret Service to start attacking the protesters," lamenting that Greenblatt "did not even try to figure this out."

"A full accounting into the atrocity at Lafayette Park a year ago would require deposing all central participants — above all, Barr, Trump and the Secret Service leadership," Cooper writes. "Without that, it can't be taken as a definitive word on anything, end of discussion. Even then, its limited account shows that the police knew Trump was coming, and that Barr attempted to get them to speed up the clearance so it would be done before Trump came out."

Greenblatt himself did not appreciate that Trump tried to thank him for the report.

"That's uncomfortable for me," he said, according to the New York Times. "We are independent from any political administration. This is not at all comfortable footing for anyone in my community."