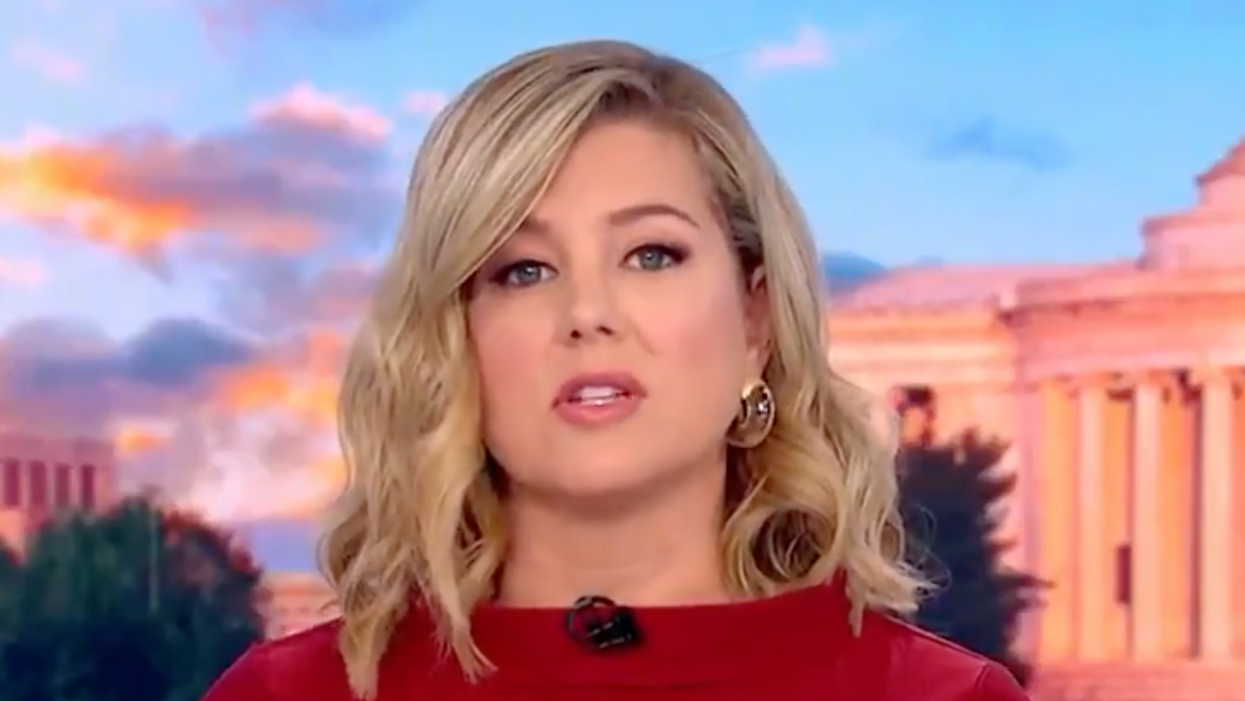 Following Memorial Day Weekend, CNN's Brianna Keilar looked back on the one-year anniversary of former President Donald Trump's so-called "Bible photo-op" at St. John's Episcopal Church in Washington, D.C. — slamming him for lying about the use of teargas in Lafayette Square against nonviolent protesters that day.

It was on June 1, 2020 — a week after the murder of George Floyd in Minneapolis — that law enforcement violently cleared Lafayette Square of nonviolent protesters ahead of Trump's walk from the White House to St. John's Episcopal Church, where he tried to rally his base by holding up a copy of the Bible.

Keilar, during a commentary on CNN's "New Day" the Tuesday morning after Memorial Day Weekend, told viewers: "Today marks one year since Donald Trump's infamous photo-op at St. John's Church at the height of the nationwide George Floyd protests. Further proof that one of his biggest lies about that day does not pass the smell test: the D.C. police, through an attorney, finally admitting that law enforcement used teargas that day against peaceful protesters. You recall, that June day last year, police cleared demonstrators from Lafayette Square so that Trump could walk over, hold up a Bible in front of the church that had been damaged the night before, and say, 'Cheese.'"

Keilar recalled that "after the photo-op, Trump and his allies insisted that no one was teargassed" in Lafayette Square. And she showed footage of Trump, former White House Press Secretary Kayleigh McEnany and former Fox Business host Lou Dobbs all claiming that no teargas was used in Lafayette Square before adding, "Teargas is unmistakable. It hurts, it burns."

The "New Day" host told viewers, "It was teargas, by the federal government's own definition of teargas…. The attorney for the D.C. Police is finally admitting the obvious for the first time: that officers did use teargas on protesters while defending their actions…. against lawsuits by protesters and the ACLU."

Keilar noted that Richard Sobiecki, an attorney for the D.C. Metropolitan Police, admitted that teargas was used on June 1, 2020 when he said that because of the "curfew, violence of past nights, chaos created by federal defendants," the "discharge of teargas in that direction was not unreasonable."

"A lie can get halfway around the world before truth can get its pants on," Keilar commented. "President Trump and his allies were certainly banking on that. They were dressed and out the door with their lie — teargaslighting at its worst."