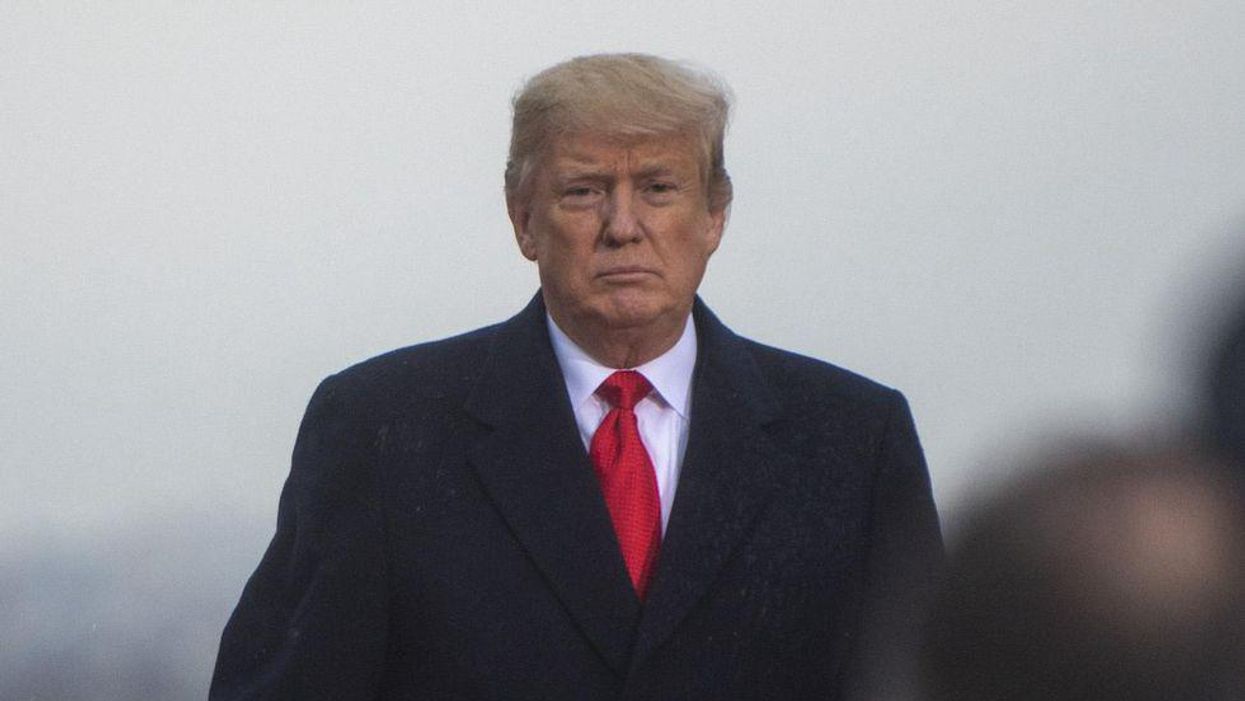 It's commonplace and, therefore, uncontroversial to hear stories about "information bubbles." On the one hand are GOP voters who occupy theirs. On the other hand are Democratic voters who reside in their own. The story is neatly balanced and tightly framed, which is desirable for the people telling it. The Washington press corps will insist on equity at the expense of truth. That's why the press corps is anti-moral.

Truth is, these bubbles are not equally moral. Furthermore, they are not equally democratic. (Indeed, the information bubble inhabited by Republicans can't be called that at all.) One bubble functions separately from the rest of the country while the other functions in consonance with it. One defers to the authority of facts and reason. The other defers to no authority not its own. One is open to criticism. The other crushes dissent. One seeks compromise with opponents. One seeks the annihilation of its enemies. Yet both do have something important in common—both are rational.

When I say "rational," I don't necessarily mean good. I don't mean sound. I don't mean judicious or acceptable or sane. That's often what we mean when we say "rational," which is probably a consequence of our living in a highly and economically complex, religiously, racially and culturally diverse, and technologically advanced society, where things that "just make sense" are deemed self-evidently rational. What I want you to understand is there's more going in the story about information bubbles than the difference between rational and irrational. There are two meanings of "rational," and they are at war with each other. Unfortunately, only one side seems to know it.

The former president has been telling anyone who will listen that he expects to be "reinstated" sometime this summer. The news was first reported by the Times' Maggie Haberman. It was confirmed by National Review's Charles CW Cooke.

I can attest, from speaking to an array of different sources, that Donald Trump does indeed believe quite genuinely that he …will be "reinstated" to office this summer after "audits" of the 2020 elections in Arizona, Georgia, and a handful of other states have been completed. I can attest, too, that Trump is trying hard to recruit journalists, politicians, and other influential figures to promulgate this belief—not as a fundraising tool or an infantile bit of trolling or a trial balloon, but as a fact.

Donald Trump will not be "reinstated," but saying he believes so has gotten people to think his mind has broken from reality. I cringe when I hear stuff like this. I don't worry about crazy people. I worry about rational people. I worry more about rational people who have found ways to rationalize evil. What Trump is doing now—saying he'll be reinstated come August—is no more irrational than what he did throughout his presidency. What concerns him are things he thinks will give him an advantage over his perceived enemies. He isn't breaking from reality so much as waging war with it.

Let me illustrate with the democratic nature of facts. Most people will look at the cuppa I'm drinking and say, yup, that's a cuppa. Most people will recognize the ability of other people to do the same. Most people will accept that the fact of my cuppa is experienced individually, socially and democratically, and that the shared experience of that fact is legitimate and worthy of respect. People might have an opinion about it. They might see it as being good or bad. But they won't deny the observable fact of my cuppa, because most people will subordinate themselves to the authority of its being my cuppa. This is the democratic nature of facts. People can engage facts equally.

That's usually seen as rational, but what Trump is doing is no less so. It's just rational in very different, anti-democratic and dangerous ways. The former president does not care whether my cuppa is in fact my cuppa. Maybe it is, maybe it isn't. Doesn't matter. What matters is my cuppa's politics. If it's for him, good. If it's against him, bad. And if so, there are no limits because none is worthy of respect, not even the fact of my cuppa. "Facts" in this totalizing view are never politically or morally neutral. "Facts" are whatever Trump says they are. "Facts" are self-contained, hermetically sealed and impervious to democratic engagement. Getting people to believe he'll be "reinstated" come August is totally rational, even if being "reinstated" can't possibly happen.

I have been told my definition of rational is too "capacious." It's making too much room for things most people would call irrational—like a former president saying he'll be reinstated when that can't possibly happen. I would counter by saying that the normal definition of rational isn't capacious enough, that it, in fact, denies the reality of the immediate peril we are facing, just as Trump denies the reality of his humiliating defeat. The country isn't divided because one "information bubble" exists alongside another. It's divided because one of them wants to eliminate the other. The more we deny that, the more we fail to see, the more complicit we are in our shared doom.