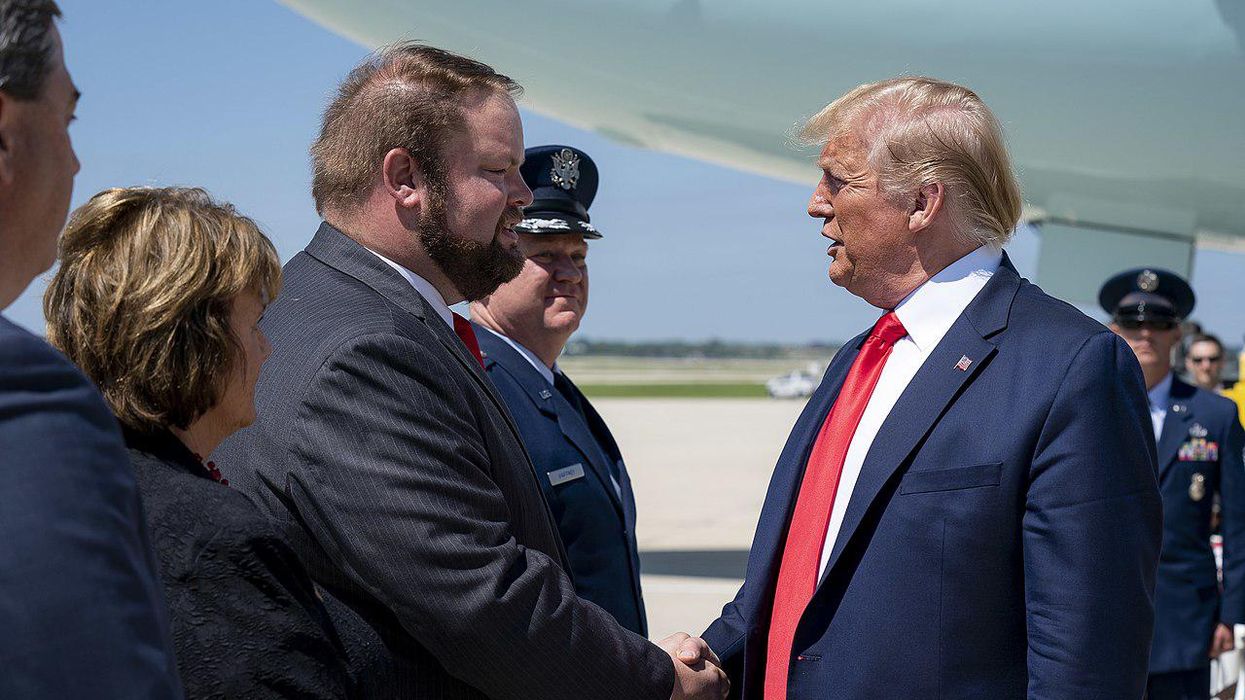 Almost eight months have passed since now-President Joe Biden defeated former President Donald Trump by more than 7 million votes in the 2020 presidential election, and Trump continues to repeat the false claim and debunked conspiracy theory that he was the real winner in Wisconsin — where some Republicans were recently shaken when Trump slammed them for not doing enough to overturn the 2020 election results and nervously assured Dear Leader that they still have his back. Liberal Washington Post opinion writer Greg Sargent analyzes these recent events in his June 30 column, explaining why they are an ominous wake-up call for Democrats.

"Trump is raging at Wisconsin Republicans, the (New York) Times reports, for not doing enough to reverse his 2020 loss in the state," Sargent explains. "This comes after they already went to extraordinary lengths to undercut those results…. Trump is accusing Republicans — particularly the (Wisconsin) State Assembly leader, Robin Vos — for failing to expose the fictional election fraud that led to his loss. This has forced Vos to hire a hard-rightist who says the election was stolen to continue hunting for that fictional fraud."

Sargent continues, "Meanwhile, a top Republican in the (Wisconsin) State Senate — who is also in Trump's crosshairs — has penned an open letter that gently tries to disabuse him of his rage, reassuring him that this hunt for phantom fraud continues."

The lesson for Democrats, Sargent warns, is that there is no time to rest when it comes to fighting to protect voting rights. According to Sargent, Trump "makes it absolutely clear that his real desire is for his movement to be maximally committed to overturning election results that they detest, regardless of what the true results actually were."

"Trump fully intends to keep pushing his movement toward the eventuality of a future stolen election, ensuring there will be no pacifying demands for it until the deed is again attempted — and perhaps accomplished," Sargent warns. "How far Trump will get remains to be seen. But for now, this requires Democrats to redouble efforts to structurally protect our elections."