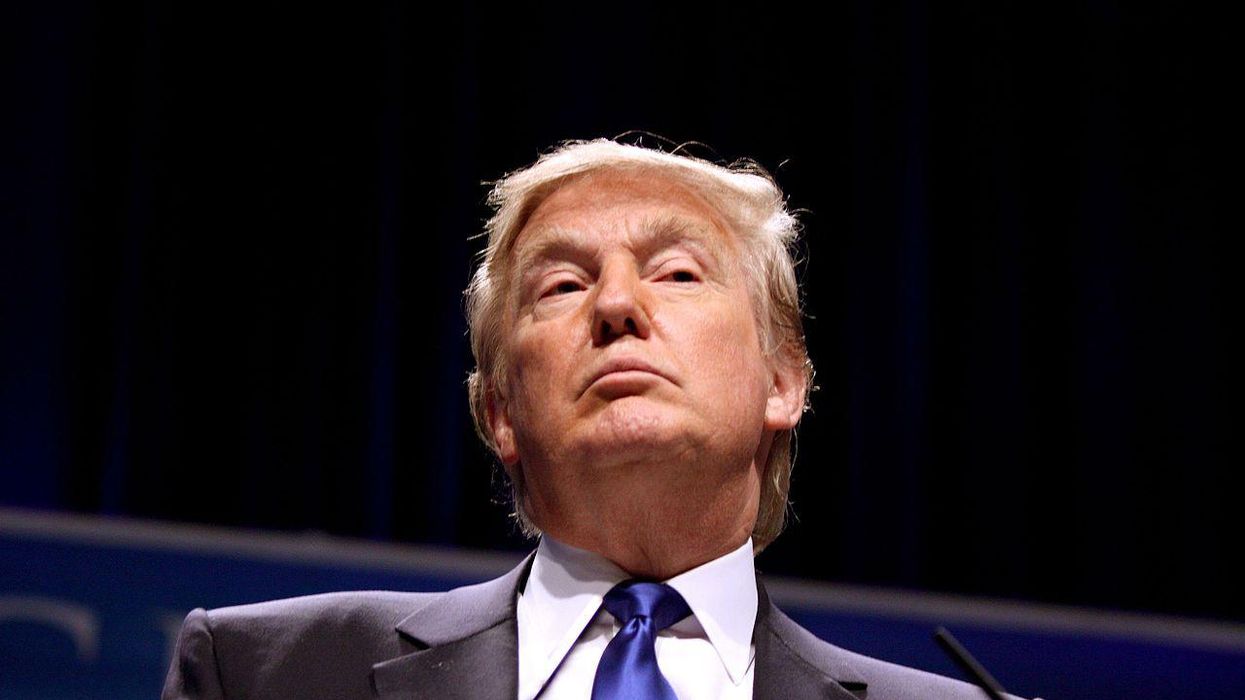 Almost eight months after now-President Joe Biden defeated Donald Trump in Wisconsin in the 2020 presidential election, the former president continues to falsely claim that he was the real winner in Wisconsin — and he is bashing the Wisconsin Republicans who refuse to join him in the Big Lie. In an article published by the Milwaukee Journal Sentinel on June 26, journalist Molly Beck takes a look at "divisions" among "Wisconsin Republicans over whether and how far to litigate the outcome of the 2020 presidential election."

Those divisions, according to Beck, were evident during the Wisconsin GOP's annual convention on June 26. A small group of delegates, Beck reports, want to oust Wisconsin Assembly Speaker Robin Vos, a Republican over the 2020 election. At the convention, Beck reports, Vos announced that he "was hiring, at taxpayer expense, a former conservative Supreme Court justice to oversee an investigation by retired police detectives into the election — the third such review Vos has called for."

However, Trump has been railing against Vos for not doing more to promote the Big Lie.

Trump, Beck reports, "issued a statement seeking to turn the GOP faithful against Vos and the (Wisconsin) Legislature's Republican leaders by accusing them of covering up election corruption because the review was not broad enough, in the former president's view."

In a statement on June 25, Trump said, "Wisconsin Republican leaders Robin Vos, Chris Kapenga, and Devin LeMahieu, are working hard to cover up election corruption, in Wisconsin. Don't fall for their lies! These REPUBLICAN 'leaders' need to step up and support the people who elected them by providing them a full forensic investigation. If they don't, I have little doubt that they will be primaried and quickly run out of office."

Following Trump's statement, a small group of delegates at the 2021 Wisconsin Republican Convention pushed a resolution to oust Vox, but the resolution failed.

Vos told the Sentinel, "When I saw the president's statement, it surprised me because many on the left have been going after us harder than I have ever seen, because in Wisconsin, we have hired investigators. We have passed legislation, and we are doing a forensic audit already. So, I think this is one of those cases where the president was just misinformed by his staff, or he didn't see the media reports."

In other words, Vos wants to assure fellow Republicans that he is promoting the Big Lie — even though Trump is saying that he isn't doing enough to promote it.

Senate President Kapenga is also jumping through hoops to assure the former president that he is still a supporter.

Kapenga, in a statement, said, "I write this as I am about to board a plane due to a family medical emergency. In addition to my Trump socks, I will pull up my Trump/Pence mask when I board the plane, as required by federal law. I figure, if the liberals are going to force me to wear a mask, I am going to make it as painful for them as possible."

Meanwhile, Ben Wikler, chairman of the Wisconsin Democratic Party, views these events as a pathetic demonstration of the Republican Party's intellectual bankruptcy and the power that Trump still has in the GOP even though he was voted out of office.

Wikler tweeted, "The Wisconsin GOP convention kicks off magnificently with a public battle between Trump and Robin Vos about whether they're sufficiently loyal to the Big Lie, which is a great summary of what the Republican Party stands for in 2021."

In the past, Wisconsin was a deep blue state. But Republicans gained a lot of ground in Wisconsin during the Obama years, and in 2016, Trump became the first Republican to win Wisconsin in a presidential election since Ronald Reagan in 1984. In 2020, however, Biden flipped Wisconsin — much to Trump's Chagrin — along with four other states: Georgia, Arizona, Michigan and Pennsylvania.