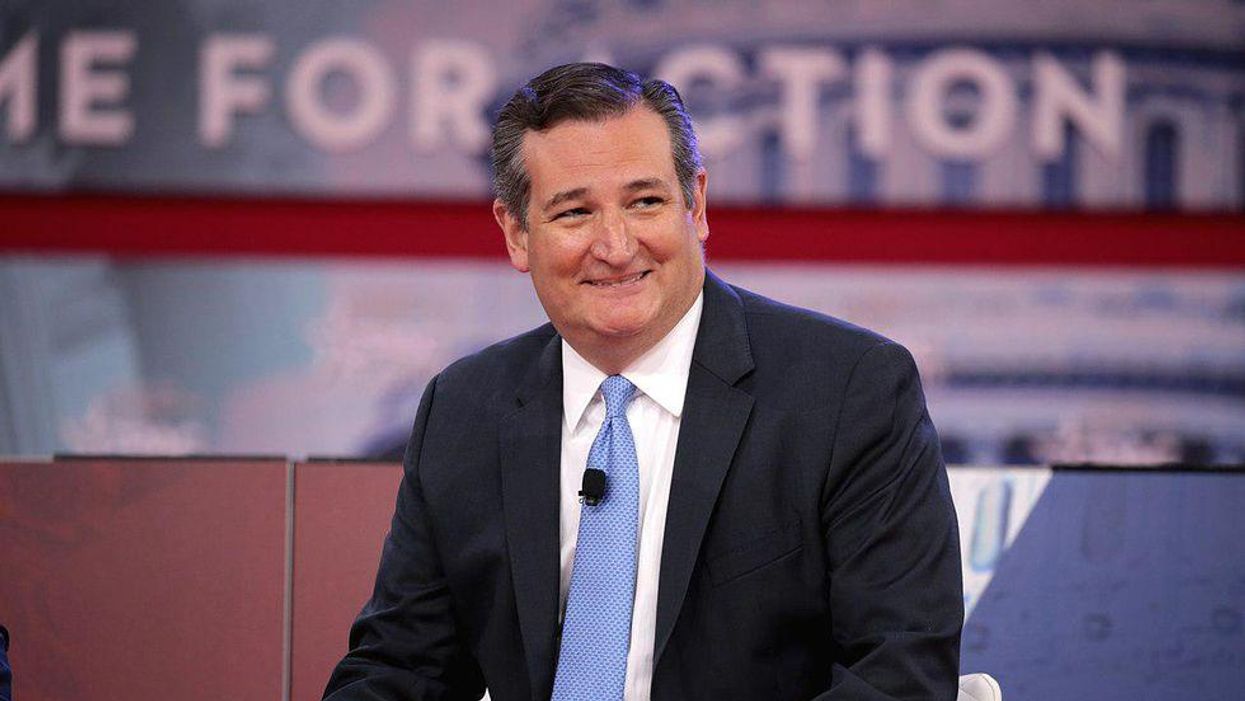 U.S. Senator Ted Cruz (R-TX) is being mocked and chastised after claiming on Monday that "nobody is banning" critical race theory, the now-highly contentious school of study used to examine societal issues and institutions that propagate and perpetuate systemic racism. Conservatives like Cruz have decided that any anti-racism instruction should be called "critical race theory," with Fox News using the term 1300 times in under four months.

"He proffers a series of straw men, eg, don't 'ban' it. Nobody is banning it; but we don't have to allow schools to teach our kids to hate each other based on race."

In fact, as NBC News reported, as of last week 21 states across the country are in the process of (16 states) or already have (5 states) banned the teaching of critical race theory in classrooms.

Critical race theory does not "teach kids to hate each other based on race," or based on anything else.

"This is what racial demagoguery looks like in 2021," Schmidt, a student of history, declared. Senator Cruz "is coloring in his part of the toxic mosaic, speaking in a code that when assembled completely says, militant black people who hate you and want to take your pocessions [sic] away are trying to brainwash your kids into hating you."

Ted Cruz "is doing what he has always done," Schmidt continued. "He is lying and trying to scare dim-witted and vulnerable people into maintaining his political power by conning them into believing they need protection from something that in fact doesn't exist in primary and secondary educational curriculum. It's not real.

educational curriculum. It’s not real. @tedcruz is a vandal. He has been from the moment he arrived in Washington.… https://t.co/dVORGpRL84
— Steve Schmidt (@Steve Schmidt) 1624308781.0

By the way, Sykes replied. Twice.