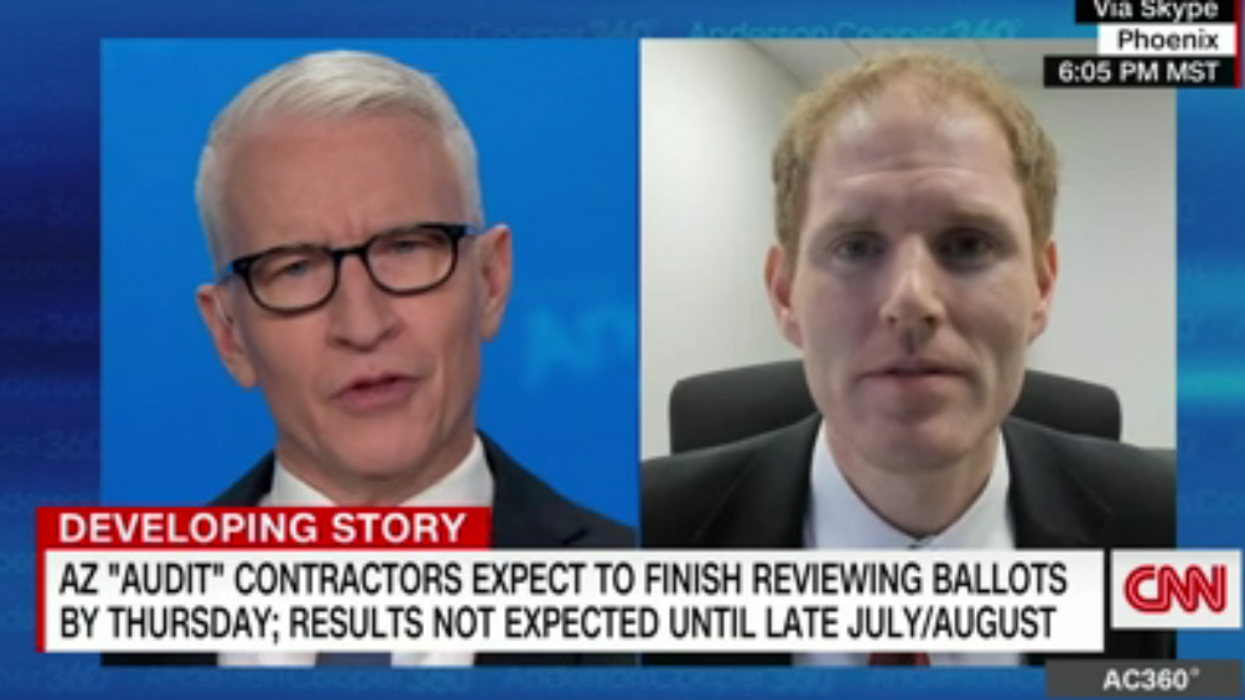 One Republican official in Arizona is telling the truth about his political party's controversial audit taking place in Maricopa County, Ariz. On Tuesday, June 22, Republican Maricopa County recorder Stephen Richer appeared on CNN where he discussed the audit with host Anderson Cooper.

The interview began with Cooper offering a quick assessment about the audit describing it as a "meshugas," a Yiddish word to describe "craziness." Richer responded with a statement suggesting he agreed with the host.

"That's the right word for it," Richer said, adding, "This is insane just from a competence standpoint. We've had 13 other states visit, and I would say to them, this is not the audit you want."

He had no qualms about sharing his honest opinion of the audit as he admitted that it is truly "insane."

"This is far from the gold standard of audits," Richer said. "You're looking for the Ernst & Young of accounting, or the Latham & Watkins of law firms. You're not looking for a newbie company who has never done this before, who as CNN very capably showed doesn't even have office space and is sending the data off to a mysterious house in Montana. That's not the gold standard."

Richer went on to discuss the reports circulating about voting system data being moved to a remote lab in rural Montana. Richer noted that the move seems suspicious. "I mean, there is no good reason for doing this," Richer admitted.

The Republican official, who defeated a Democratic incumbent in his state back in 2020, has made it clear that he refuses to indulge in the shenanigans surrounding this audit. On May 17, Richer appeared on CNN's Erin Burnett where he said, "Just stop indulging this. Stop giving space for lies."

Several other Republicans in the state have also echoed similar sentiments and verbalized their concerns about the audit. In a letter to Arizona State Senate President Karen Fann, the Republican-led Maricopa County Board of Supervisors sounded off about the audit.

"Our state has become a laughingstock," the board wrote. "Worse, this 'audit' is encouraging our citizens to distrust elections, which weakens our democratic republic."