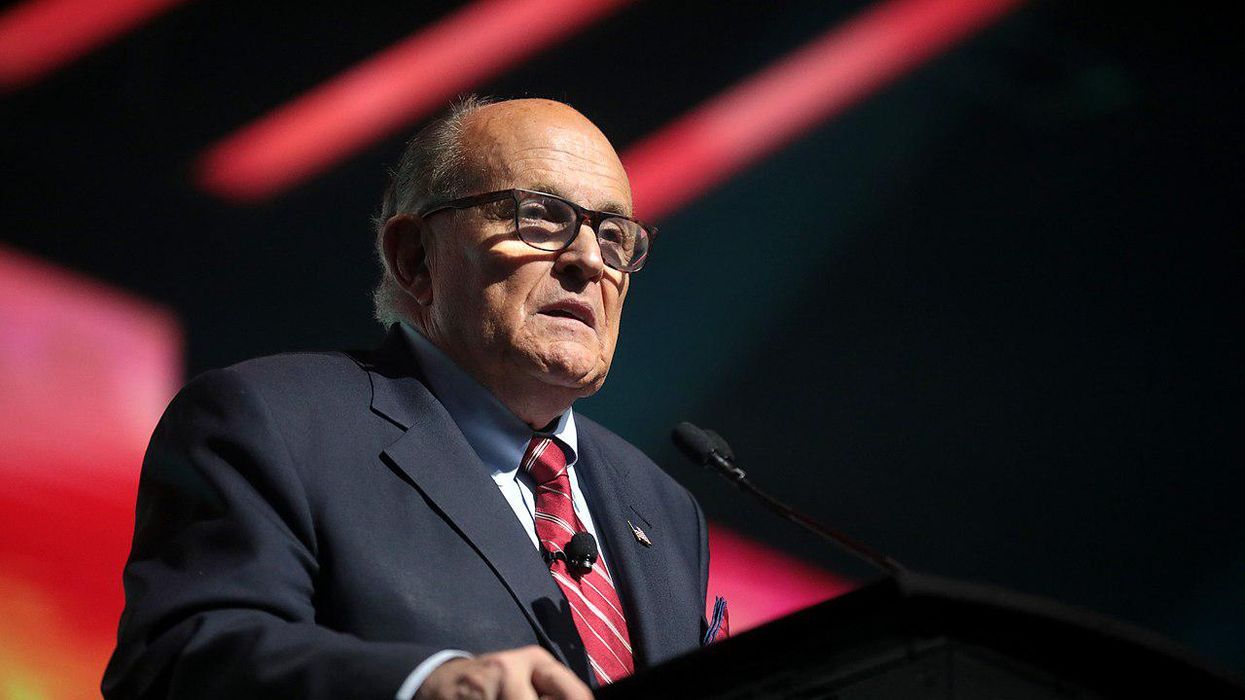 Former New York City mayor Rudy Giuliani was once a federal prosecutor for the Southern District of New York; now, he is facing a criminal investigation from the Southern District. And journalists Asawin Suebsaeng and William Bredderman, in an article published by the Daily Beast this week, note that federal investigators have "examined documents related to" his consulting firm Giuliani Security & Safety.

"Their interest comes at a time when the feds have ramped up their scrutiny of Giuliani's work, including his Ukraine-related efforts, to determine whether or not the former New York City mayor engaged in unregistered and illegal lobbying on behalf of foreign figures," Suebsaeng and Bredderman explain. "Giuliani has repeatedly denied engaging in any unregistered lobbying or committing any FARA violations, and so far, no charges have been brought against him in this matter."

According to Suebsaeng and Bredderman, it remains unclear "exactly why federal investigators have been taking a look at Giuliani's security and consulting business."

However, the Beast reporters note that during former President Donald Trump's first year in office, Giuliani Security and Safety "was hired by the Ukrainian city of Kharkiv."

EXCLUSIVE: As the feds expand their probe into Rudy Giuliani, investigators have homed in on Giuliani Security & Sa… https://t.co/ELyXSP8EHo
— The Daily Beast (@The Daily Beast) 1622635209.0

"The deal was reportedly the result of the local influence of the Ukrainian-Russian real estate developer Pavel Fuks, an ally of the town's Moscow-friendly mayor," Suebsaeng and Bredderman note. "Fuks was previously engaged in negotiations to construct the never-realized Trump Tower Moscow."

The 77-year-old Giuliani has maintained that none of his Ukraine-related activities fit the definition of foreign lobbying.

"Giuliani has insisted that the work in Ukraine was all done on behalf of his client, then-President Donald Trump, and therefore, could not have been part of a foreign lobbying effort," Suebsaeng and Bredderman observe. "The extension of the federal investigation into Giuliani Security & Safety, with its numerous foreign clients, could complicate that assertion."

Giuliani launched Giuliani Partners in January 2002 not long after his second term as mayor of New York City had ended and Michael Bloomberg, elected in 2001, had taken over the position. And ten months later, Giuliani Security and Safety was launched as a Giuliani Partners subsidiary.

More recently, Giuliani has been a staunch ally of Trump. After Trump lost the 2020 election to now-President Joe Biden by more than 7 million votes, Giuliani promoted Trump's false and debunked claim that he was the real winner of the election. But the widespread voter fraud that Giuliani, Sidney Powell and other Trump attorneys alleged did not occur.

In late April, federal investigators raided Giuliani's home and office, seizing an abundance of electronic devices as part of their investigation.