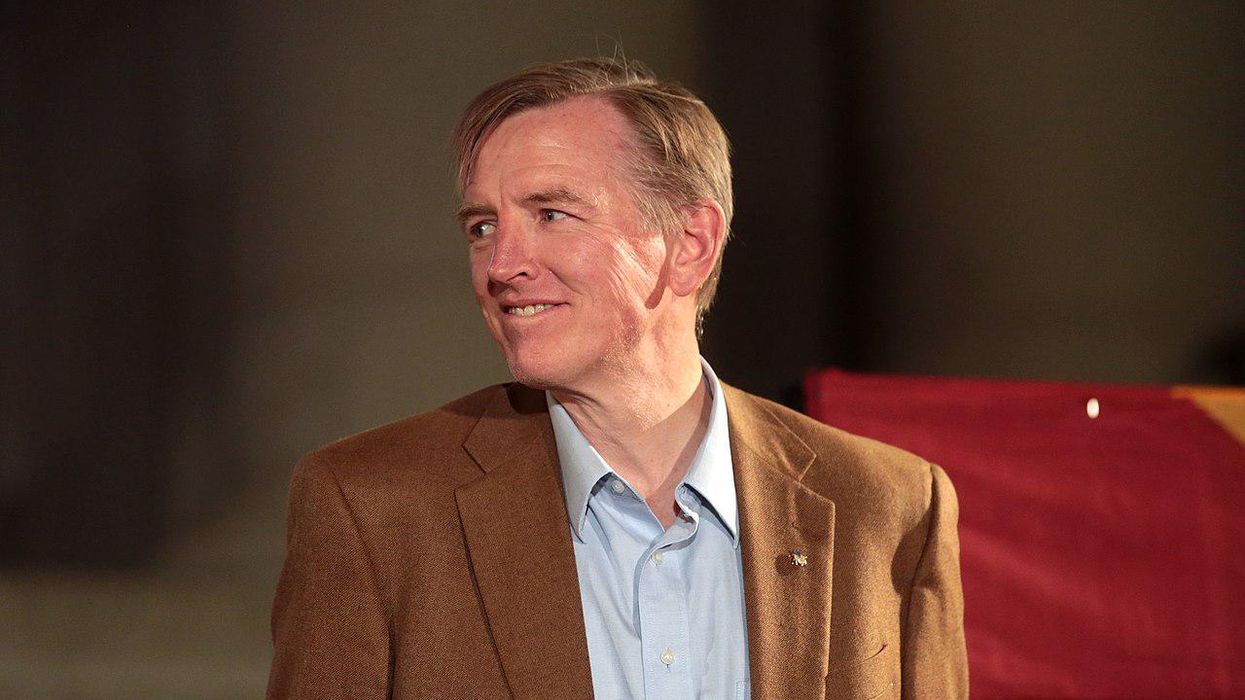 Republican Rep. Paul Gosar of Arizona has been drawing intense criticism from liberals and progressives for deciding to hold a fundraiser with Nick Fuentes, a White nationalist and Holocaust denier. But not all of the criticism of Gosar is coming from the left. This week in the conservative National Review, journalist John McCormack offers a scathing takedown of Gosar's association with a "vile racist and anti-Semite."

McCormack explains, "A few hours after the flyer for the fundraiser — which Fuentes has reportedly confirmed he is hosting — began to circulate, Gosar responded on Twitter. 'Not sure why anyone is freaking out,' he wrote. 'I'll say this: there are millions of Gen Z, Y and X conservatives. They believe in America First. They will not agree 100% on every issue. No group does. We will not let the left dictate our strategy, alliances and efforts. Ignore the left.'"

The National Review journalist continues, "The implication of Gosar's tweet was clear: He was treating Fuentes' vicious anti-Semitism and racism as one might treat disagreements over tax policy, and dismissing anyone who would question their association."

Earlier this year, McCormack writes, Gosar "made perfectly clear that he had no problem allying with — and thereby elevating — Fuentes despite the latter's open racism and anti-Semitism." McCormack adds that Gosar was "the only elected member of Congress to speak at a conference organized by Fuentes in February."

"The media and the left frequently cry wolf about bigotry," McCormack argues, "but there should be no doubt about Fuentes. He once called a writer a 'race traitor' because he 'work[s] for Jews.' He opposes interracial marriage and has praised segregation."

McCormack goes on to note some past quotes from Fuentes — for example, Fuentes, in one of his videos, said, "Enough with the Jim Crow stuff. Who cares? Oh, they had to drink out of a different water fountain, big fucking deal. Oh no, they had to go to a different school. It's better for them, it's better for us."

In one of his anti-Semitic rants, McCormack notes, Fuentes said, "I'm getting really sick of world Jewry — that's what it is, what it is — running the show. And we can't talk about it."

McCormack wraps up his article by pointing out that House Speaker Kevin McCarthy took action against former Rep. Steve King of Iowa in response to one of his bigoted comments but wonders why Gosar's alliance with Fuentes is getting a pass.

"Why hasn't the same standard been applied to Gosar, who as of now, remains a member in good standing of the House GOP and retains his committee assignments?," McCormack writes. "National Review reached out to McCarthy's office for comment on Gosar's relationship with Fuentes, but has not received a response."