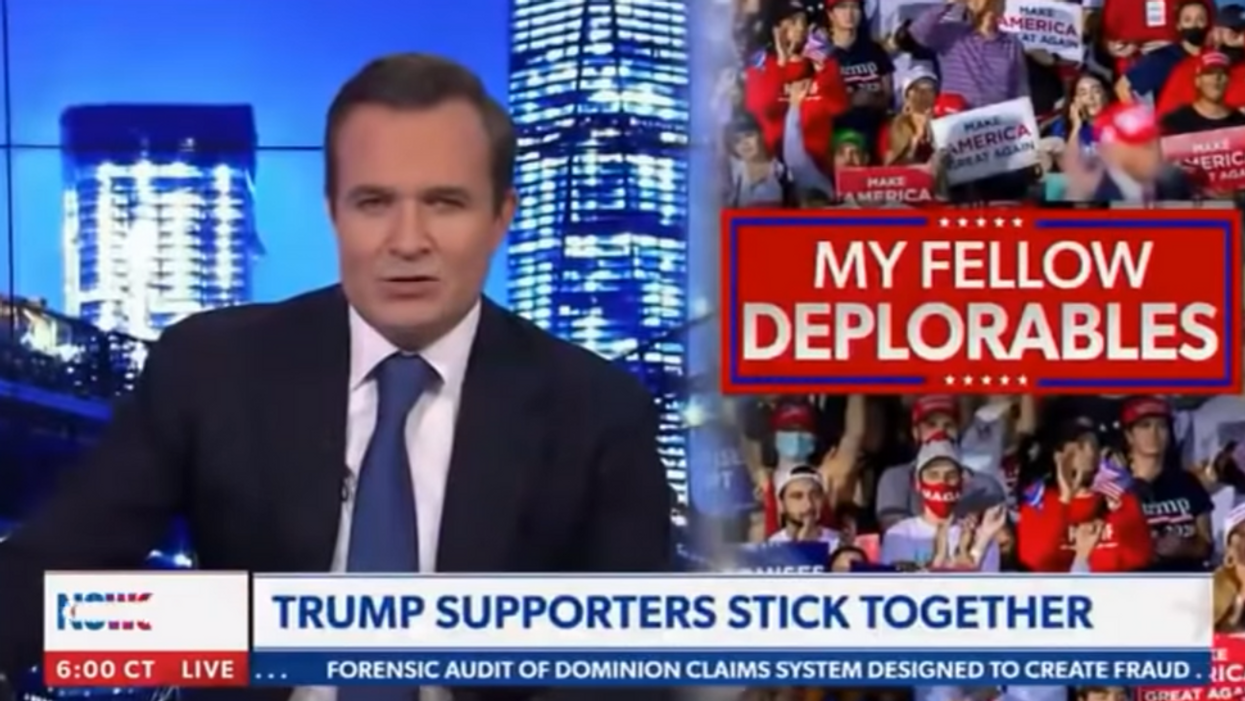 Newsmax host Greg Kelly is now at the center of an investigation being conducted by the conservative news network following a string of tweets he posted and deleted on Sunday about racism and the U.S. military.

On Monday, June 14, Newsmax spokesperson Brian Peterson released a statement addressing the situation as he acknowledged Kelly's tweets that appeared to "appeal to racists." According to the network, Kelly, a retired U.S. Marine Corps Reserve lieutenant colonel, posted a series of tweets that may have crossed the line, New York Daily News reports.

"We understand a series of tweets were posted by Mr. Kelly that, in their totality, indicated his opposition to racism. We at Newsmax never countenance the posting of racist views or views that appeal to racists. We are currently reviewing the matter," Peterson said in the statement.

While Kelly deleted most of his Sunday evening tweets, The Washington Post did manage to capture one before it was removed. It read, "Military life had its Perks, but it was also a major pain. I will tell you what took 'the sting out of it' – that when I was flying around the Pacific Ocean off of ships, I knew there was a Secretary of Defense who was white, just like me! Made a big difference with 'morale.'"

Reports about Kelly's series of deleted tweets have also confirmed other remarks he made at the time.

"So that's the USS America aircraft carrier that I'm 'fixin' to land on," Kelly reportedly wrote in another tweet. "Just knowing that President Clinton, who was in office at the time, was a Caucasian male made it 'all worthwhile' – ask any white male officer who served under him. So appreciative of his Race were we."

"Now the TRUTH: being a MARINE had nothing to do with RACE. It didn't matter. It wasn't "a thing"—the EXPERIENCE brought us together, no matter what we were," he wrote. "The late Mayor David Dinkens, a WWII Marine, and hence, my brother. Below in 1991, and officiating my wedding in 2017."

According to the publication, critics suggested that remark invoked "the problematic proposition that a white person with a Black friend can't possibly be racist."