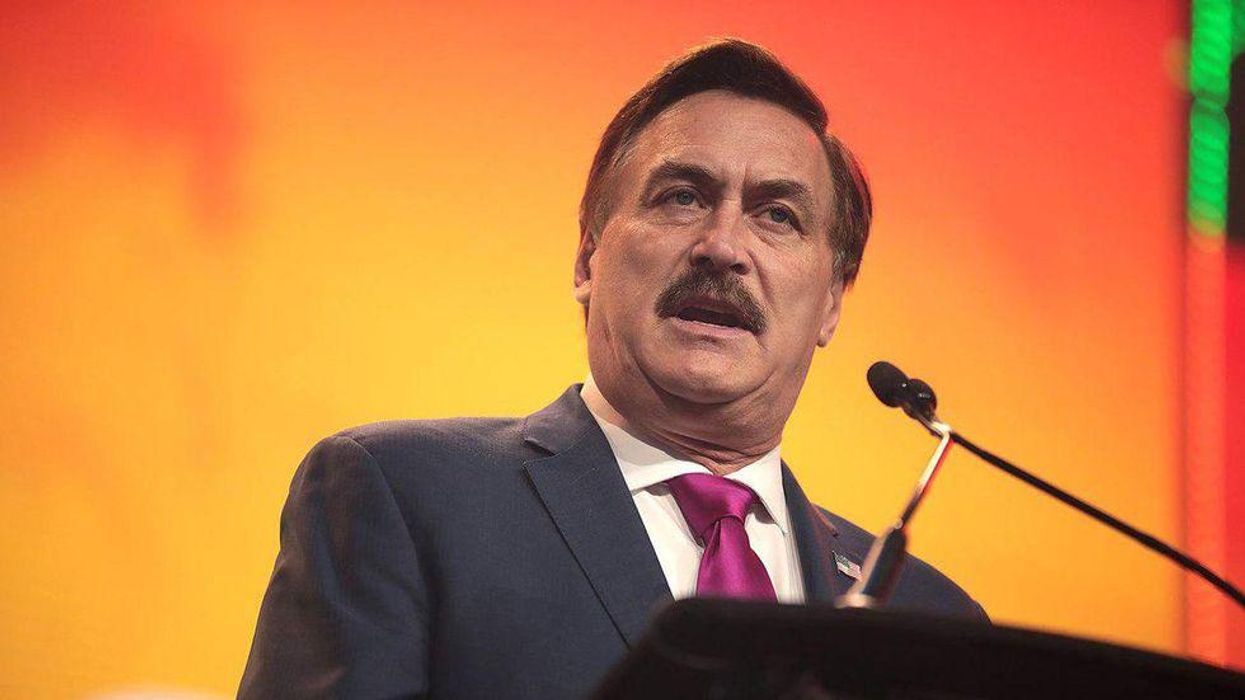 MyPillow CEO Mike Lindell's botched mask venture has become a bottomless pit of losses that he still has not yet recovered from. During a phone interview with The Daily Beast, the controversial CEO and Trump ally detailed the financial strain he is now facing as a result of the failed venture which has cost him millions.

Back in March of 2020, Lindell announced plans to create and donate cloth masks to frontline workers. However, that plan quickly hit a wall as cloth masks did not meet the Food and Drug Administration (FDA) criteria for face coverings. The issues did not stop there. As the months progressed, Lindell was faced with an even bigger problem.

Now, the CEO is stuck will millions of face coverings his company cannot get rid of. With many states becoming more lenient where face coverings are concerned, the demand for masks has slightly decreased since the onset of the pandemic. "I can't give them away," Lindell said during the interview this week "I tried to. No one wants the things anymore."

The controversial CEO reportedly claims to have reconstructed his company's manufacturing line so it could produce cloth masks. Now, the equipment and machinery acquired for mask-making just sit in a corner collecting dust and serving no purpose. Since Lindell was only able to dump a meager 5% of the mask inventory, he is still stuck with more than $7 million in useless inventory.

"All of a sudden, there was masks everywhere, almost as if the industry knew it was coming and waited for prices to go up," Lindell said. "Now I probably got $7 million out of my pocket that we're just stuck with."

As a devout MAGA supporter who devolved into an anti-masker, Lindell's decision to speak with the publication does come as a bit of a surprise.

He also admitted that he believed the publication would "unfairly spin his mask enterprise as a 'failure.'" But despite the botched venture and his abrupt about-face on masks, he attempted to defend his mask products as he insisted "it helped so many people back then."