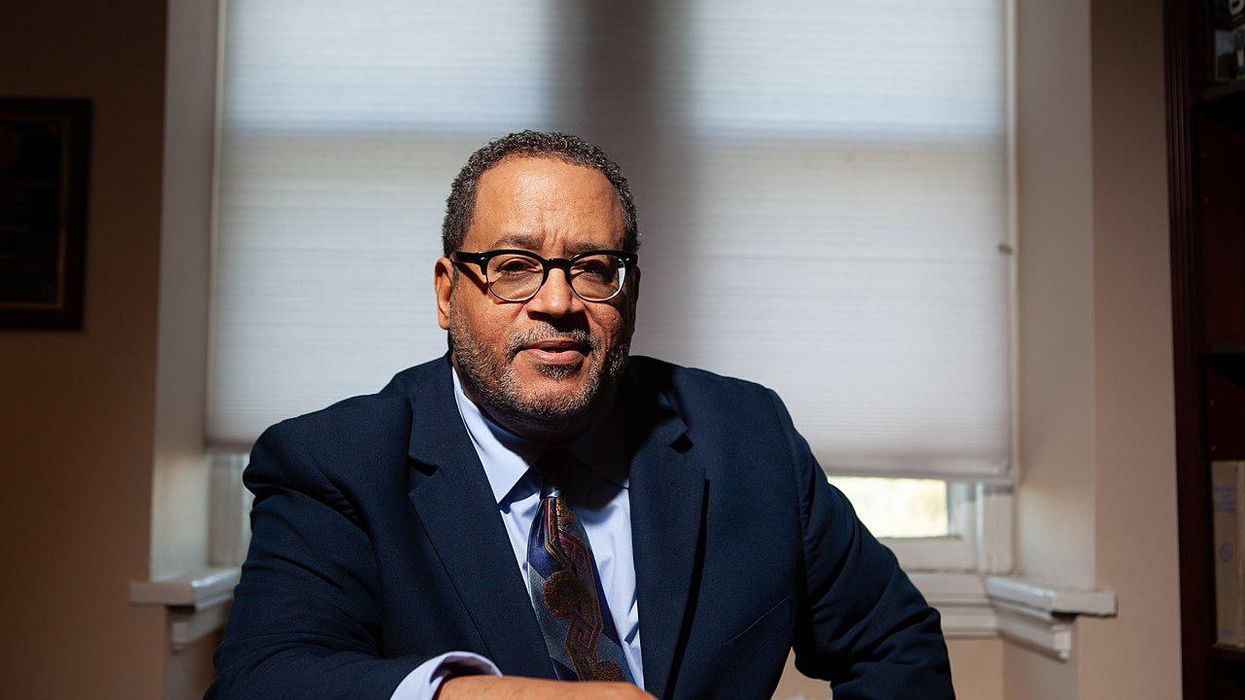 When Rep. Matt Gaetz of Florida was questioning Joint Chiefs of Staff Chairman Mark Milley during a recent hearing, the far-right GOP congressman resorted to fear-mongering over Critical Race Theory and "woke" politics in the U.S. military — and Gaetz got more than he bargained for when Milley passionately responded that the history of racism is something that should be studied. Progressive Michael Eric Dyson, author of the book "Tears We Cannot Stop" and a professor at Vanderbilt University, discussed that questioning during an MSNBC appearance on June 23. And Dyson made it abundantly clear that he found Gaetz's questioning to be horribly wrong-headed on so many levels.

MSNBC's Nicolle Wallace, a Never Trump conservative, slammed Gaetz's questioning as an "ugly attempt to smear the military as woke." And another Never Trumper who was present during that segment, The Bulwark's Tim Miller, is as critical of Gaetz as Wallace and Dyson are.

Dyson told Wallace, "It is utterly reprehensible." And he praised Milley for having enough sense to realize that "we should be open-minded" when studying racism, telling Wallace, "He encouraged them to study what Critical Race Theory is…. All Critical Race Theory is saying, as a theory of law, is that it's not about individual acts of bigotry or bias or racism — it is a systemic and institutional network that must be somehow discerned and dismantled. And what they're saying is: Let's not point the finger at individual White brothers and sisters and say, 'Aha, we caught you' — let's look at a system that produces and reproduces the pathology of bigotry. Isn't that what we've been saying after George Floyd?"

Referring to the former Minneapolis police office convicted of Floyd's murder, Dyson added, "Let's don't just point the finger at Derek Chauvin as an individual. We want to talk about police forces which recreate the same pathogen that is unleashed in the body politic. So again, the deliberate misunderstanding of Critical Race Theory — and by the way, ain't no problem with being woke. It's better than being asleep at the wheel as so many of these conservatives have been. Let's all be awake."

Milley, during his conservation with Gaetz, said that he wants to understand "White rage" as it relates to the January 6 assault on the U.S. Capitol Building — and Dyson applauded Milley, adding that the January 6 insurrection was "White rage in action."

Dyson told Wallace, "Look at the manifestation of the rage, the rage that was out of control — the rage that led people to hurt police officers." And Dyson said of Republicans who are furious over Critical Race Theory, "That rage is boiling in their blood."