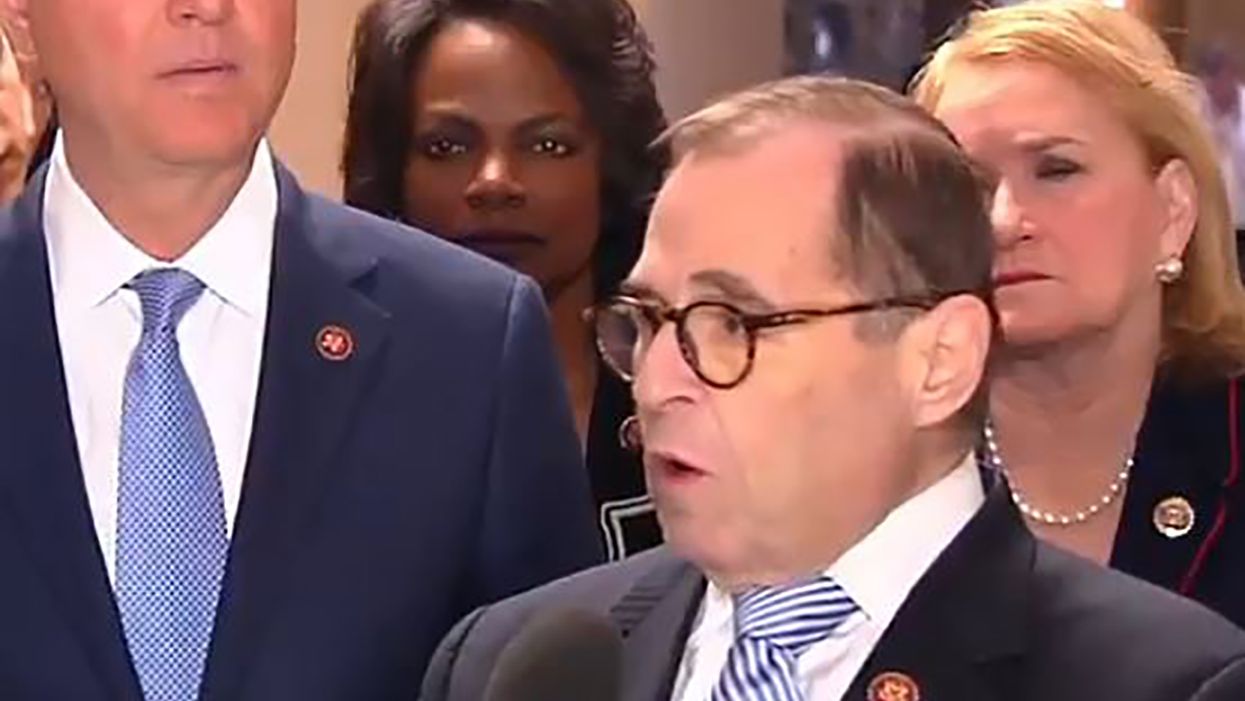 Image via Screengrab.
Jerry Nadler accuses Mitch McConnell of 'debating whether you should have a cover-up' in heated speech
David Badash
and
The New Civil Rights Movement
June 05, 2021

House Judiciary Chairman Jerry Nadler (D-NY) in a statement announced McGahn testified "at length" and that Trump, "increasingly fearful and unhinged about his own liability, attempted to obstruct the Mueller investigation at every turn."

The Washington Post reports McGahn "detailed for the House Judiciary Committee how former president Donald Trump attempted to stymie a federal probe of Russian interference in the 2016 election — bombshell revelations that might once have fueled additional impeachment charges, were they not already public and had it not taken more than two years for Democrats to secure his testimony."

"My perception of the events is that Mr. McGahn is unable to identify any unlawful conduct on the part of the president or any other member of the president's administration."

The Post adds, "Democrats and many legal scholars seized on McGahn's disclosures as evidence of possible obstruction of justice, a crime."