'Selective use of the facts and lack of logic': Kentucky columnist rips McConnell for blocking Jan. 6 commission 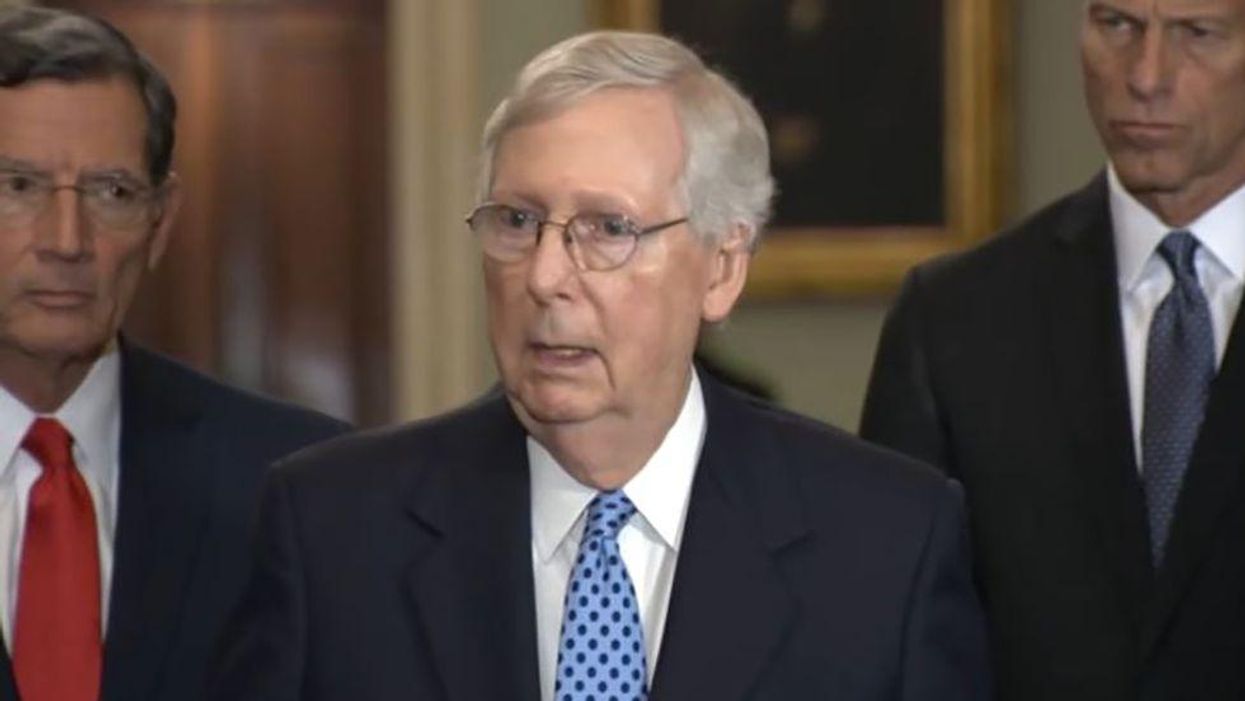 A Kentucky columnist is sounding off about Senate Minority Leader Mitch McConnell's (R-Ky.) role in blocking a bipartisan Jan. 6 commission, which would have established an entity to further investigate the insurrection on the U.S. Capitol.

Although McConnell purports to use facts and knowledge to back his arguments, Courier-Journal columnist Al Cross argues that he fell gravely short where the Jan. 6 commission is concerned.

Cross argues that despite McConnell's assertions it is difficult to believe a "broad, bipartisan investigation" would not produce more information about the series of events that unfolded that day.

The top-ranking Republican lawmaker argued: "the Justice Department has made hundreds of arrests and is still investigating, as are congressional committees, but Justice must operate within the bounds of federal criminal law, which may not cover all the actions that inspired the riot, and the focus of Congress is the federal response to the riot and the security needs of the Capitol, not the events that led up to it."

However, Cross pushes back on McConnell's claim with a number of examples that highlight what the investigation could uncover:

"We need to know, for example, what went on in the White House in the three hours and 19 minutes from the time Capitol Police asked for military help until the military finally got an order. More importantly, we need to know why the riot happened, and that's not typically the focus of criminal investigations, which point to the who, what, when, and where of guilt or innocence."

Cross also lambasted McConnell for initially alluding to the idea of supporting the effort. He noted that McConnell began to fold once he realized Republican senators would face pressure due to House Republicans' support of the initiative.

"McConnell let people think he was for the commission, but when it looked like a substantial number of House Republicans would support it, putting more pressure on GOP senators, he came out against it," Cross wrote. "That affected not only the Senate but the House, where only 35 of the 211 Republicans (none from Kentucky) supported it."

He added, "McConnell's selective use of the facts and lack of logic point to what is really driving him and his Republican colleagues: winning back their majorities in the 2022 elections."