Fox host: 'This is what happens when you choose your vice president based on gender and skin color' 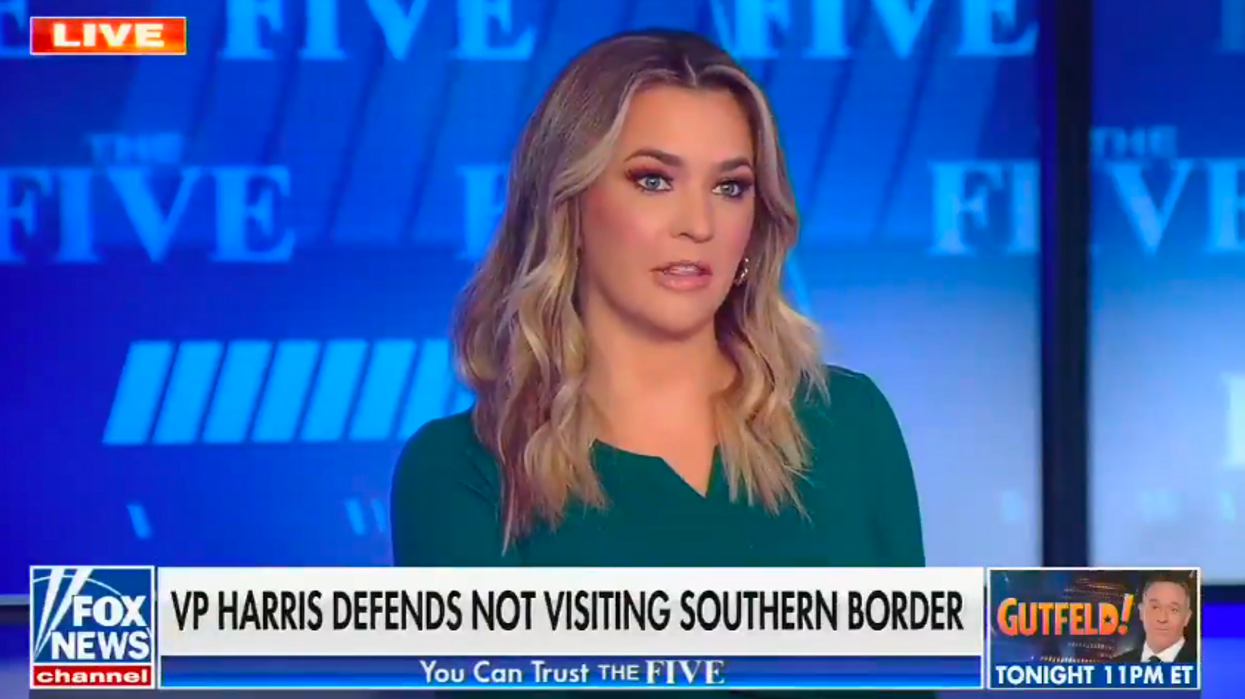 First of all, I don't get how a "surge" of migrants at the border is a "crisis." People are coming across our southern border to escape hardship, violence, and poverty, not to murder old ladies in Wisconsin—no matter what my mother might say. They're filling jobs that would otherwise go unfilled. And we need to add more people to our long-term labor pool or our economy will start to collapse.

For some reason, if people were pouring over the Canadian border, I doubt Fox would even mention it.

Of course, scaring white people with pictures of brown people is Fox News' raison d'être, and we should be used to that by now. But sometimes they put away the dog whistles and elect to wear their racism on their Obergruppenführer uniform sleeves.

KATIE PAVLICH: "This is what happens when you choose your vice president based on gender and skin color rather than actual talent and expertise. We're seeing that disaster unfold right now."

RIVERA: "She was the attorney general for the state of California. She was a United States senator. You can't demean her."

PAVLICH: "Well, there's a reason why she got zero votes and had to drop out of the race before they even started taking votes."

What have I missed? Did Harris' work in addressing the border "crisis" cause a horde of troglodytes to ransack the U.S. Capitol or something? The last I heard she's discussing the root causes of immigration with Guatemala's president, not daydreaming about lining the border with alligator-filled moats or shooting immigrants in the legs. I've no doubt Katie would view these as effective strategies, because her goober god has decreed it.

Also, wasn't "choosing our vice president based on gender and skin color" what we did the last 48 times? Seriously, fuck you, Katie. Fuck you for implying Kamala Harris didn't earn her position. She was a fucking U.S. senator, you twit. Donald Trump's political experience before he became pr*sident was limited to shitposting for hours about things he didn't understand. You, on the other hand, filled a spot that could have been given to an average-looking person with a brain.

Maybe think about throwing stones when you live in a peanut-brittle pagoda. And check your overt racism. Didn't you get the memo? You're supposed to pretend you're not a total racist shitheel. I'm quite certain you'll find that somewhere in the Fox employee manual.