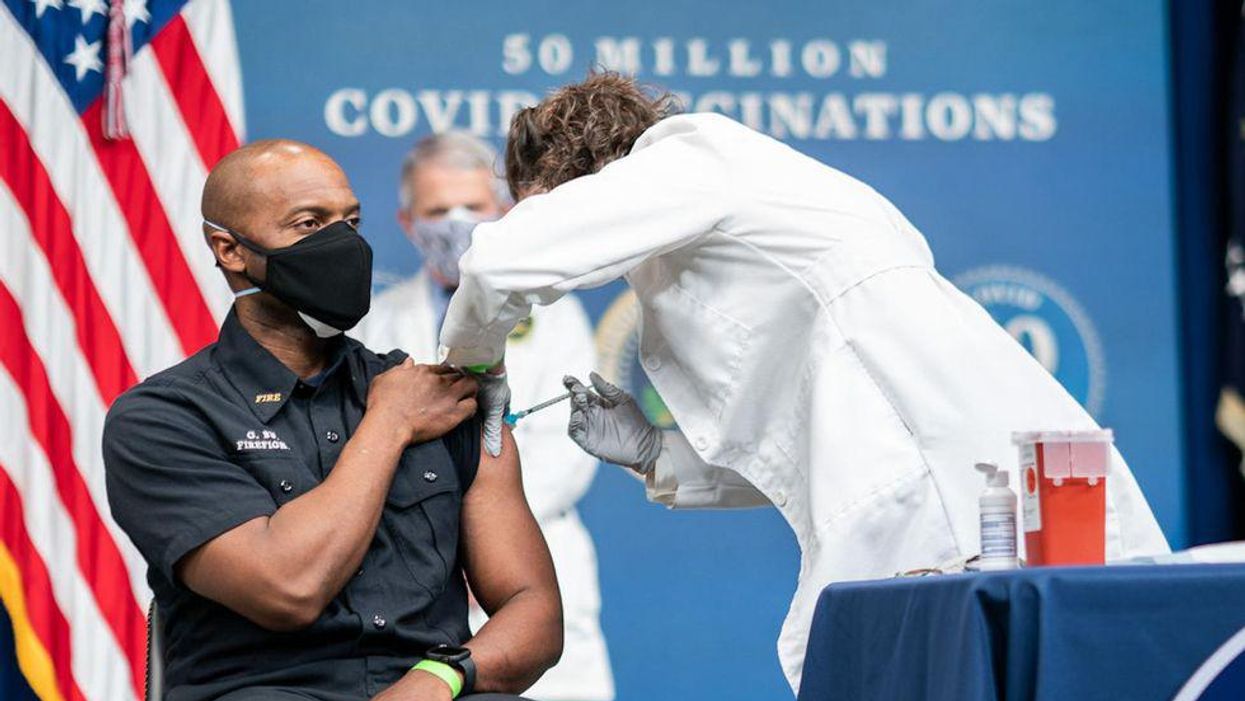 U.S. District Judge Roger Benitez issued an inflammatory and high-profile ruling on Friday striking down a decades-old assault weapons ban in California as unconstitutional. In a widely cited opening passage, Benitez — who was appointed by President George W. Bush — compared the AR-15 to a "Swiss Army knife," an analogy many critics found absurd and thought undermined his argument.

But that wasn't the only unnecessarily incendiary portion of the ruling. As several legal commentators pointed out on Twitter, Benitez included a dangerous, superfluous, and outright false claim about COVID-19 vaccinations:

The evidence described so far proves that the "harm" of an assault rifle being used in a mass shooting is an infinitesimally rare event. More people have died from the Covid-19 vaccine than mass shootings in California. Even if a mass shooting by assault rifle is a real harm, the evidence also shows that AWCA's prohibited features ban has not alleviated the harm in any material way. (emphasis added)

It's notable that, given how heavily cited and documented legal rulings often are, the judge offered no citation or source for his claim — not for the number of deaths from the vaccine nor from mass shootings. It was simply a lazy yet explosive aside.

And to be completely clear, the statement is entirely baseless. According to the CDC, no deaths have been conclusively linked to the COVID vaccines — certainly not in California specifically:

A review of available clinical information, including death certificates, autopsy, and medical records has not established a causal link to COVID-19 vaccines.

It is possible that there have been a few deaths linked to blood clots from the Johnson & Johnson vaccine, the CDC said, but such a causal connection has not been established. Even if such a link were established to the small number of these cases, the judge's claim would still be spurious, because the vaccines save far, far more lives on the whole. And there have been multiple deadly mass shootings in California this year alone.

Some noted that the judge's offhand comment may be based on Fox News host Tucker Carlson's fear-mongering about the vaccines. Carlson used unverified data from a federal reporting system to suggest thousands of Americans might have died from the COVID vaccines, even though no such links have been established. Instead, it's simply the case that when more than 100 million people in the country get a vaccine, thousands will die afterward — just as they would've if they hadn't been vaccinated.

It's hardly reassuring if a federal judge is getting his information and misinformation from Fox News — and passing it along to the public in his rulings.

Many were critical of the ruling on traditional legal grounds. Legal analyst Luppe Luppen, for instance, pointed out that while Benitez relies on the landmark Supreme Court case of District of Columbia v. Heller to justify his ruling, Justice Antonin Scalia wrote in that very decision that its reasoning wouldn't apply to guns like the M16 and AR-15.

But putting aside the merits of the decision, a judge making such a radical and significant ruling that can affect life and death in the United States should have the decency and restraint to make their arguments in ways that can be justified to all citizens and residents of the country. Including flippant remarks about AR-15s being like Swiss Army knives and wedging in erroneous and reckless claims about vaccine deaths shows contempt for the public.