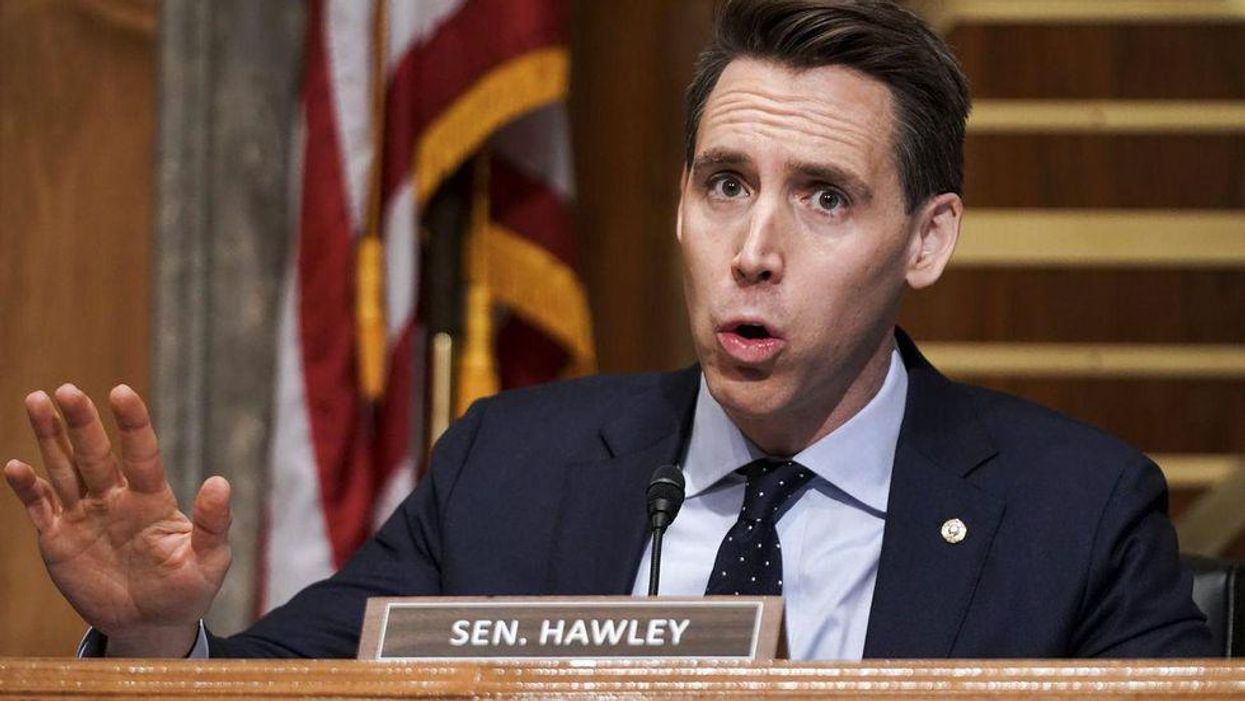 A law student at Stanford University will be receiving his law degree despite his support of a controversial flyer that mocked Sen. Josh Hawley (R-Mo.) and the Stanford Federalist Society.

According to Slate, Nicholas Wallace, a third-year Stanford Law student, was almost blocked from graduating following the release of a satirical flyer he sent out prior to a debate with a classmate. The flyer was said to be a parody of an upcoming event for the Federalist Society, described as a campus conservative group comprised of lawyers with a chapter at the university's law school.

On Wednesday, June 2, a top-ranking Stanford Federalist Society officer filed a formal complaint against Wallace as he alleged that the satirical flyer "'defamed' the organization and caused 'harm' to its members," reports Mediaite. The complaint was reportedly filed on the final day of classes and threatened to block Wallace from participating in graduating ceremonies.

Despite the attempt to block Wallace from receiving his degree, satire is actually protected under the First Amendment. The flyer, which was released just days after the Jan. 6 insurrection on the U.S. Capitol, reads:

"Please join the Stanford Federalist Society as we welcome Senator Joshua Hawley and Texas Attorney General Ken Paxton to discuss violent insurrection. Violent insurrection, also known as doing a coup, is a classical system of installing a government. Although widely believed to conflict in every way with the rule of law, violent insurrection can be an effective approach to upholding the principle of limited government. Senator Hawley will argue that the ends justify the means. Attorney General Paxton will explain that when the Supreme Court refuses to exercise its Article HI authority to overturn the results of a free and fair election, calling on a violent mob to storm the Capitol represents an appropriate alternative remedy."

Here is the flyer that led Stanford to place a hold on Wallace's diploma following a complaint by a Stanford Federa… https://t.co/giQ5n9gSvD
— Mark Joseph Stern (@Mark Joseph Stern) 1622668945.0

In wake of public outrage and backlash, Stanford ultimately lifted the order that would have prohibited Wallace from receiving his degree. Following the uproar about the flyer, Wallace shared his reaction to the ordeal in a statement to Slate's Mark Joseph Stern.

"It has been a pretty awful way to close out my career at Stanford," Wallace said. "Instead of studying for finals, I'm trying to figure this out. I just sent an email to my family trying to reassure them that I haven't blown it in my last few days at Stanford."