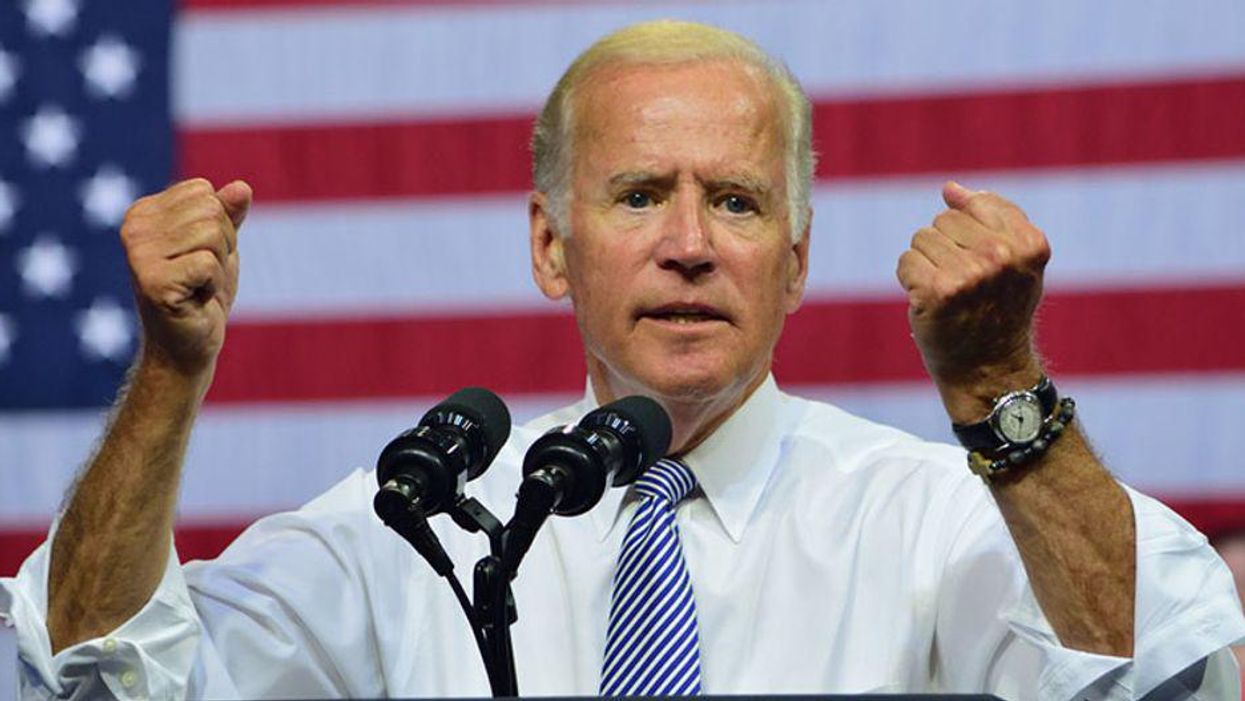 Joe Biden/Shutterstock
The Conversation
June 17, 2021
Steven P. Millies, Catholic Theological Union
A rift between conservative American bishops and the Vatican could be laid bare on June 16 as the U.S. Conference of Catholic Bishops meets amid talk of a growing divide in the church over Pope Francis' leadership.

During the virtual event, U.S. bishops are expected to approve a motion to begin drafting a document on “Eucharistic coherence" that would exclude Catholic political figures who support abortion rights from receiving Communion

If they do proceed, the bishops will have opened a breach with Pope Francis and the Vatican, which has all but instructed the bishops not to go ahead with the motion.

They would also be putting the Catholic Church in the United States in unprecedented territory regarding its relationship with the wider Catholic community.

It all stems from a dilemma President Joe Biden poses for Catholic bishops. Many prominent Roman Catholics in public life – including Democrats such as Biden and House Speaker Nancy Pelosi – support abortion rights. Yet the Roman Catholic Church teaches that abortion is the taking of a human life, no different from murder, and so grave a sin that it incurs an automatic excommunication. This has led some bishops to grow concerned that a contradictory picture of Catholic faith is being presented to the public.

Their response is a pastoral statement on “Eucharistic coherence" that would instruct Catholics about when they should and should not receive Communion. The effect of that document would be to exclude Catholics like Biden and Pelosi from full participation in the church.

Communion, also known as the Eucharist, is the central act of Roman Catholic worship, in which Catholics receive bread and wine that they believe becomes the body and blood of Jesus Christ.

Church law particularly excludes from taking Communion those who are guilty of what is known as “manifest grave sin." This means no one who has committed a serious sin in a way that is publicly visible should receive Communion.

The bishops argue that in supporting abortion rights, Democrats like Joe Biden have made themselves unsuitable to take Communion.

As a scholar who studies Catholicism in political life, I argue that the proposed pastoral statement reflects existing divisions inside the Catholic Church that have been heightened by the election of Biden as president. Moreover, it will serve only to deepen the divide.

Joe Biden is a devoted Catholic, attending Mass weekly and carrying a rosary everywhere he goes. He has talked many times about how important his faith is to him.

But his policy position on abortion jars with more conservative elements in the Catholic Church. In October 2019, a priest declined to give Communion to the then-presidential candidate when he presented himself at St. Anthony Church in Florence, South Carolina. The priest, who had never met Biden before, told reporters, “Any public figure who advocates for abortion places himself or herself outside of church teaching."

The picture is not as clear as that priest suggests, and the Catholic Church's history of dealing with Catholic public officials is more inconsistent. Spanish dictator Francisco Franco, for example, presided over a brutal regime of atrocities and torture known throughout the world, yet he received a Catholic burial in 1975 over which the archbishop of Toledo presided.

The reason the issue has come up now in the U.S. appears to be more about concerns among bishops over their waning influence.

Kansas City Archbishop Joseph Naumann, chair of the U.S. bishops' Committee on Pro-Life Activities and one of the main figures supporting a pastoral statement about Communion, told The Associated Press in April, “Whether intentional or not, [Biden is] trying to usurp our authority."

“He doesn't have the authority to teach what it means to be Catholic," Naumann continued; “that's our responsibility as bishops."

Naumann may have reasons to be concerned. A 2019 poll found that 63% of American Catholics have lost trust in Catholic bishops because of their handling of the ongoing crisis of sexual abuse.

To many Catholics, Biden's presentation of Catholic faith as aligning with racial justice, economic justice, climate justice and health care justice offers a pointed contrast with bishops mired in scandal and unhappy about trends such as same-sex marriage in American culture.

Denver Archbishop Samuel J. Aquila wrote in mid-April about what he sees as the need to establish “Eucharistic coherence" through a pastoral statement that would set out when someone like Biden should not present himself for Communion. It seems many bishops like Aquila see that as the solution to their dilemma over Biden.

But not all bishops agree. Approximately 70 of the nearly-250 bishops in the U.S. signed a letter urging the bishops conference to slow down and consider this pastoral statement and its effects more carefully. Yet the great majority of U.S. bishops are as undeterred by that letter as they have been by urgings from Rome.

Communion 'not a prize'

This proposal for a document about “Eucharistic coherence" will come before the U.S. Conference of Catholic Bishops' virtual meeting, being held June 16-18. But even if a pastoral statement is written, the conference has no authority to enforce it on any particular bishop. The result would be an incoherent patchwork allowing each individual bishop to decide. Washington's Cardinal Wilton Gregory already has indicated he will not prevent Biden from receiving Communion. As such, the pastoral statement could serve only to highlight differences among many American bishops and the pope.

It also could backfire as an attempt to wrestle back authority for U.S. bishops. A preelection debate over the sincerity of Biden's Catholicism proved divisive among the faithful. Biden, through Baptism and participation in the other sacraments, is a Catholic. There is no question about that.

Because it reflects intense divisions in the church, this effort to disqualify the president from the sacraments and the church are, I believe, a threat to church authority today. Nothing that furthers or deepens those divisions will help the bishops or the Catholics that they lead. And the growing visibility of the divide between U.S. bishops and the pope is a threat to the church itself.

This is an updated version of an article originally published on May 5, 2021.

The ATS is a funding partner of The Conversation US.