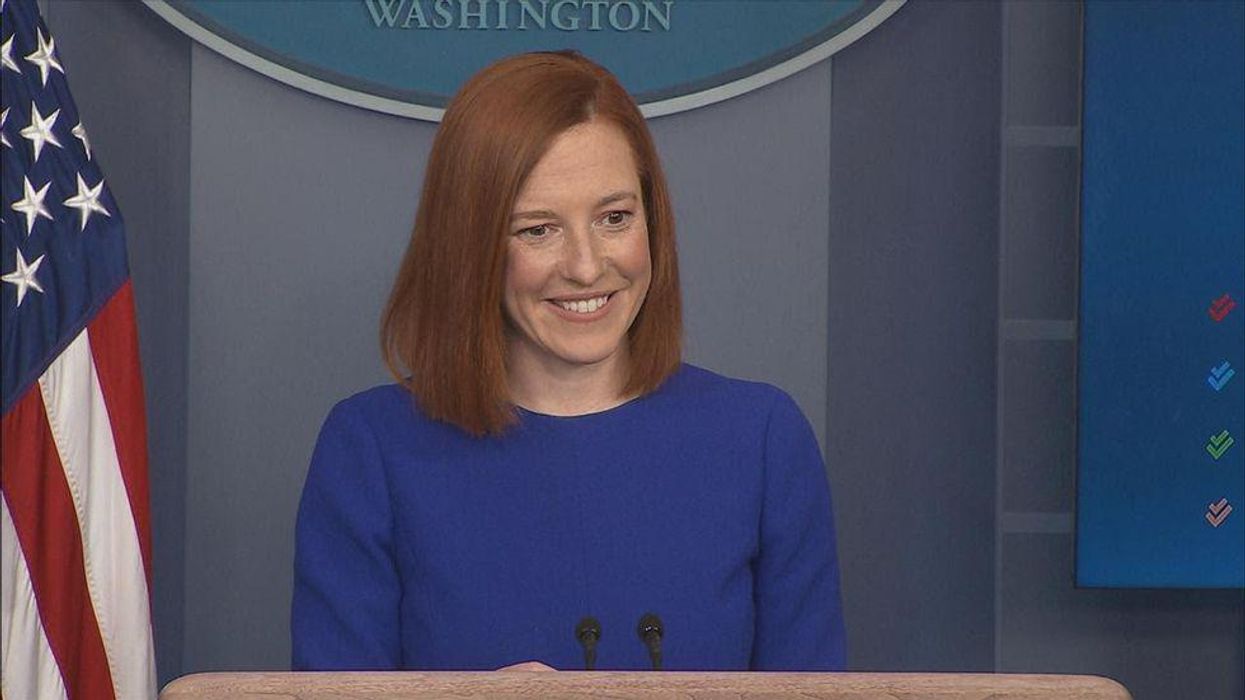 White House Press Secretary Jen Psaki recently hit back at Fox News reporters and members of the right-wing media, likening them to "representatives of the Russian and Chinese media" and "propaganda pushers" who ask "questions directed by their government."

During an appearance on CNN's "Reliable Sources" on Sunday, June 6, Psaki discussed the issues she has faced with right-wing reporters during her press briefings. Unlike her predecessor Kayleigh McEnany, Psaki has held briefings more frequently and her clashes with reporters have not been nearly as explosive. However, she has had a tendency to clash with Fox News' Peter Doocy.

The latest clash between the two came last week when Doocy asked a series of questions about Dr. Anthony Fauci. Doocy asked if the top infectious disease expert should be "held accountable" for "saying one thing in email and then coming to this microphone and saying something else."

Psaki pushed back in Fauci's defense, describing him as "a renowned public servant" who has "overseen management of multiple global health crises."

Psaki made it clear that she would not allow the attack leveled against Fauci.

"Attacks launched on him are certainly something we wouldn't stand by," Psaki said, adding, "I am going to let Dr. Fauci speak to his own defense about his emails from 17 months ago before this president even took office."

Doocy asked, "Can you imagine any circumstance where the president would ever fire him?"

"No," said Psaki as she turned her attention to another reporter saying, "Go ahead."

Speaking to CNN, Psaki said, "The things that get under my skin are when the premise of a question is based on inaccurate information, misleading information. That can be frustrating. I try not to show it too much, try not to let people see me sweat too much. But occasionally I have a moment of humanity."

"My point of view and more importantly, the president's point of view, is that the story is not about me or a debate with news outlets," Psaki said. "The story is about the plans of the administration and what we're trying to project to the American people."

She added, "And when he pledged to govern for all Americans, that means talking to a range of outlets – liberal, conservative, people who have different areas of interest. So that's exactly what I try to do every day."