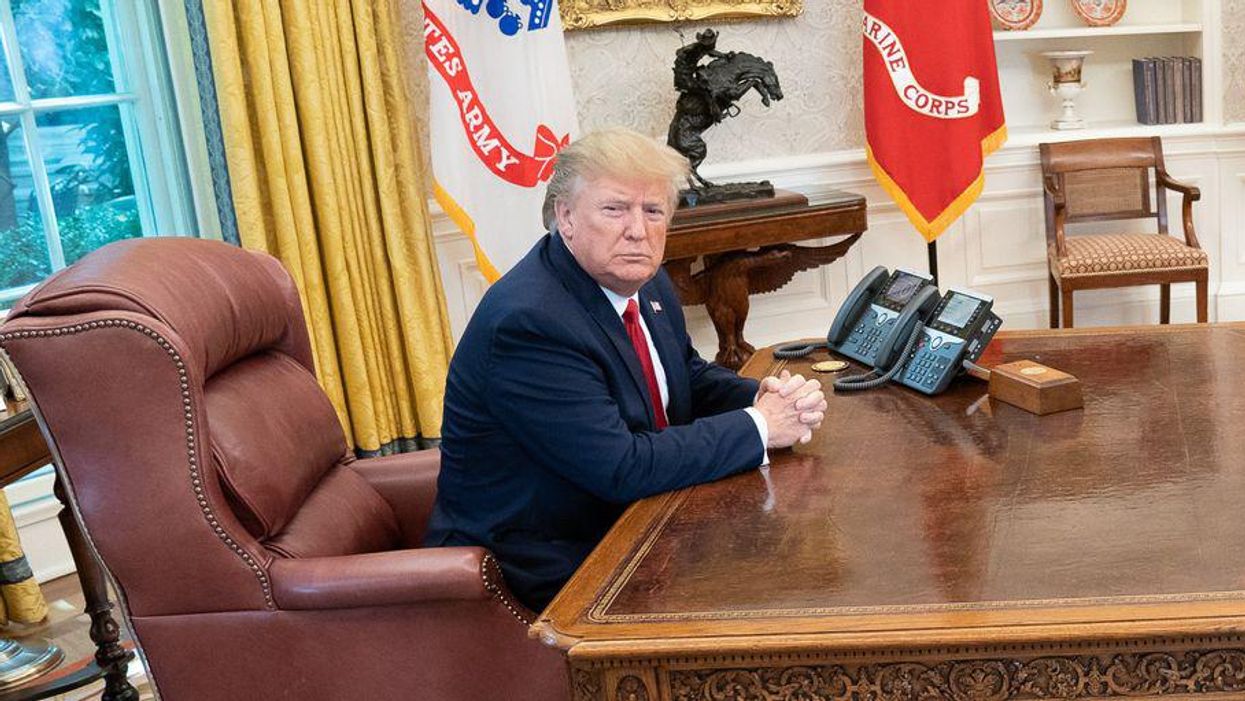 President Donald Trump is at a transition in his life after he lost the presidency, lost his Twitter account, lost his Facebook account, and all other social media accounts, before ultimately shutting down his failed blog. Trump has now lost his top fundraiser, according to BusinessInsider.

A Tuesday report revealed that Caroline Wren, "who played a key role in organizing the January 6 'Save America Rally'" was fired. The report explained that there was a disagreement over who controlled President Donald Trump's fundraising apparatus post-campaign.

"Other Trump fundraising groups sent cease-and-desist letters to Wren demanding she not cite Trump in her own efforts to recruit high-dollar donors," sources told Insider.

A Republican familiar with the fight said that Wren was the one who left, she wasn't fired and denies any political groups sending a cease-and-desist letter. But Trump insiders say that Wren fought with other staff and guarded Republican donors. It's not unheard of, as most long-time fundraisers build their own relationships with donors and bring them to campaigns.

"She was moving in on their turf, so I'm not surprised to see they're gunning at her now," a Republican strategist told Insider.]

"Caroline was terminated last month," said a Trump advisor familiar with the breakup. "She was causing a lot of chaos and not raising money" in the months following Trump's 2020 loss.

The claim seems like a strange one as Trump raised millions following his loss using the lie that he was wrongfully denied his win.

"She's just a fundraiser that emerged out of nowhere after the election and was in the middle of everything," the Republican strategist of the spat between Wren and Trumpworld.

Text messages revealed by ProPublica in January show that Wren was a key staffer involved in organizing the Washington rally that led to the attack on the U.S. Capitol. The National Park Service permit had her listed as a "VIP Adviser."

"Text messages and an event-planning memo obtained by ProPublica, along with an interview with Chafian, indicate that Wren, a Washington insider with a low public profile, played an extensive role in managing operations for the event. The records show that Wren oversaw logistics, budgeting, funding and messaging for the Jan. 6 rally that featured President Donald Trump," said the report.

Congress is seeking out information on the Jan. 6 rally, which Wren could certainly provide.

Read the full piece at BusinessInsider.