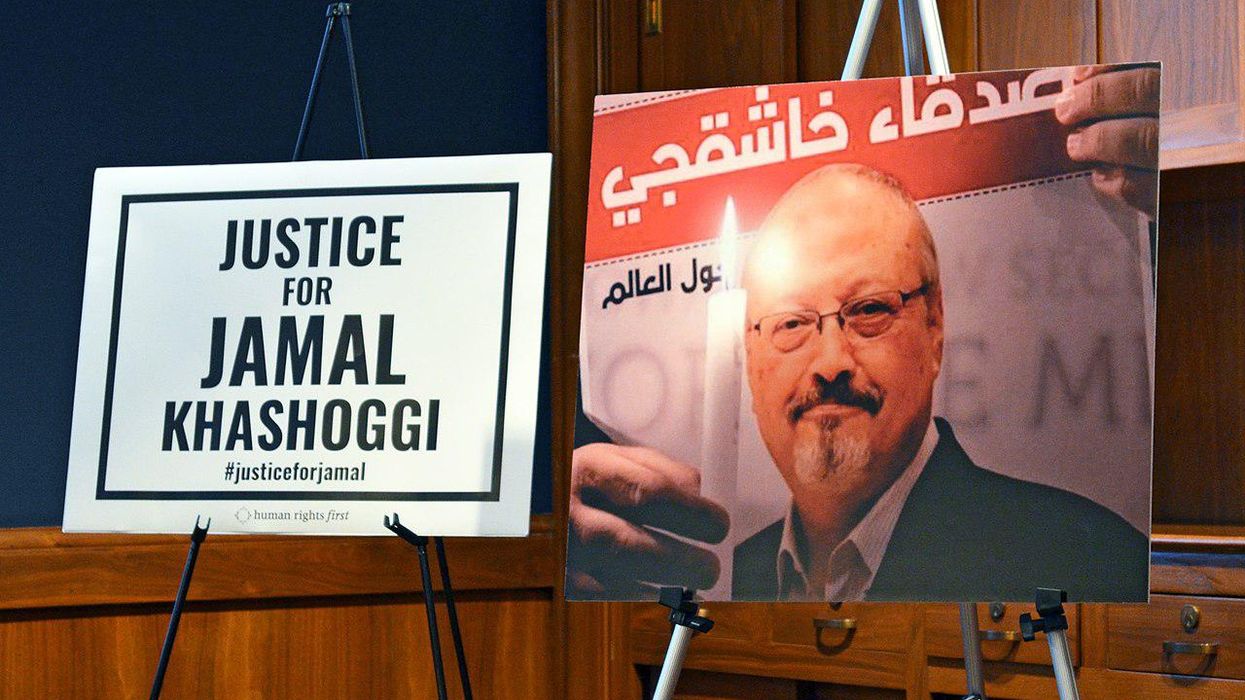 Although journalists all over the world were under attack in 2018, the murder of Washington Post columnist Jamal Khashoggi in Istanbul that year was especially disturbing. According to new reporting in the New York Times, four of the men involved in the killing received paramilitary training in the United States.

Khashoggi, a native of Saudi Arabia, was murdered inside the Saudi Consulate in Istanbul, Turkey on October 2, 2018. Major media outlets reported that the killers were operating under direct orders from Saudi Crown Prince Mohammed bin Salman, which MBS denied. Although former CIA Director Gina Haspel didn't believe him, then-President Donald Trump maintained that there was no evidence that MBS wasn't telling the truth and stressed that he considered the Saudi royal families valuable allies of the United States.

In an article published on June 22, Times journalists Mark Mazzetti, Julian E. Barnes and Michael LaForgia report, "Four Saudis who participated in the 2018 killing of the Washington Post journalist Jamal Khashoggi received paramilitary training in the United States the previous year under a contract approved by the State Department, according to documents and people familiar with the arrangement. The instruction occurred as the secret unit responsible for Mr. Khashoggi's killing was beginning an extensive campaign of kidnapping, detention and torture of Saudi citizens ordered by Crown Prince Mohammed bin Salman, Saudi Arabia's de facto ruler, to crush dissent inside the kingdom."

The firm that trained the four Saudis in 2017, according to the Times reporters, was Tier 1 Group, an Arkansas-based company owned by the private equity firm Cerberus Capital Management.

"There is no evidence that the American officials who approved the training or Tier 1 Group executives knew that the Saudis were involved in the crackdown inside Saudi Arabia," Mazzetti, Barnes and LaForgia explain. "But the fact that the government approved high-level military training for operatives who went on to carry out the grisly killing of a journalist shows how intensely intertwined the United States has become with an autocratic nation even as its agents committed horrific human rights abuses. It also underscores the perils of military partnerships with repressive governments and demonstrates how little oversight exists for those forces after they return home."

Louis Bremer, a senior executive of Cerberus, has acknowledged that Saudi operatives received paramilitary training from Tier 1 but has emphasized that no one at Tier 1 or Cerberus had any knowledge that any of them were planning violence against Khashoggi. The Times quotes Bremer as saying, "T1G management, the board and I stand firmly with the U.S. government, the American people and the international community in condemning the horrific murder of Jamal Khashoggi."

Trump nominated Bremer for a top position at the Pentagon, but the nomination was withdrawn following questions about the training of Saudis in the United States.

The Times isn't the first major media outlet to report that Saudi operatives involved in Khashoggi's murder received training in the U.S. In a March 29, 2019 column, the Washington Post's David Ignatius wrote, "Tier 1 Group and DynCorp are both owned by affiliates of Cerberus Capital Management, a privately owned investment group based in New York. The company wouldn't confirm or deny whether any of the 17 perpetrators of the Khashoggi killing who were sanctioned by the Treasury Department had been trained under the Tier 1 contract. But a source close to Cerberus said, 'We know that this horrendous incident occurred' and that 'companies must emphasize rigorous ethical evaluation policies' in light of such an event.'"