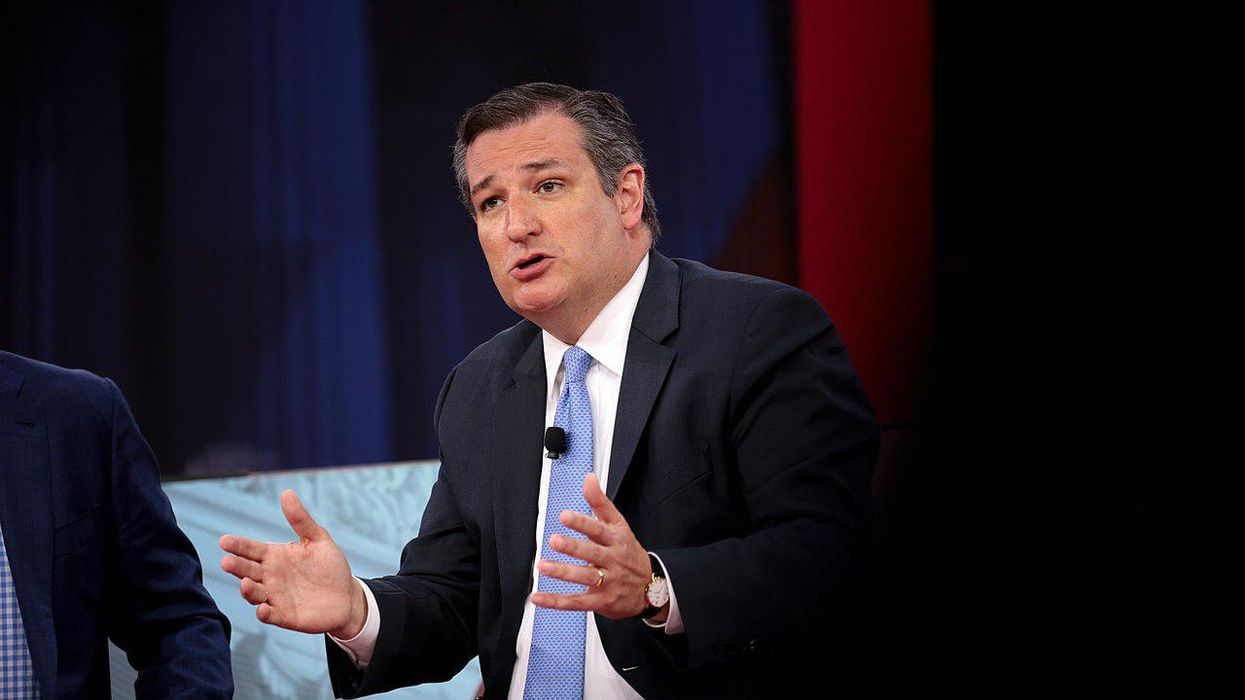 Sykes opens his column by discussing the overblown coverage that shark attacks receive in the mainstream media. While shark attacks do occur, the conservative pundit notes, the chances of actually being attacked by a shark are quite low. But articles on shark attacks make them seem much more common than they really are — and similarly, Sykes argues, right-wing media outlets will make isolated incidents seem like major trends.

"Even the rarest occurrence can seem like a crisis if it is amplified and dramatized by media coverage," Sykes writes. And he goes on to cite examples of right-wing media promoting "panic" in order to drive ratings or traffic.

One is the claim that left-wing activists have been trying to "cancel" Abraham Lincoln and abolish statues of the United States' first Republican president.

"One Lincoln statue was, in fact, torn down by protesters in Portland Oregon, and officials in Boston removed one that 'depicts a Black man, shirtless and on his knees, in front of a clothed and standing Abraham Lincoln,'" Sykes writes. "Last year, I wrote about activists in Madison, Wisconsin, who objected to a Lincoln statue on the University of Wisconsin campus. The statue of the seated Lincoln atop UW's Bascom Hill has been an iconic figure for more than a century. It is still there."

But efforts to remove Lincoln statues from public display, according to Sykes, are "at a 'shark attack' level of rarity."

Fox News and other right-wing media outlets have become obsessed with Critical Race Theory, which argues that in the United States, racism of the past affects the institutions of today. Although Jim Crow apartheid laws were abolished when Lyndon B. Johnson was president during the 1960s, proponents of CRT studies will argue that Jim Crow continues to affect U.S. institutions in 2021. In right-wing media, CRT is often depicted as an attack on White Americans in general — which it isn't.

Sykes, in his column, doesn't really get into what CRT is about. But he stresses that CRT studies in public schools are hardly as widespread as the "current panic" in right-wing media make them out to be.

Sykes observes, "Right-wing media has been flooded with anecdotes and stories about anti-White racist propaganda in the schools…. It's almost as if someone decided that this was going to be a thing — and lo and behold, it became one…. But what's the reality in actual classrooms?"

The conservative columnist argues that although "real instances of intolerance, illiberalism and indoctrination" have come from the left in some U.S. schools, it isn't the "widespread" trend that right-wing media claim it is — adding that Sen. Ted Cruz of Texas presents no real "data" on the subject even though he uses it for fear-mongering.

"The point of shark attack politics is not data — it is fear and outrage," Sykes writes. "And for outrage, anecdata is more than sufficient. Statistics are irrelevant if the stories are graphic and alarming enough. So, even though the vast majority of Americans will never encounter anything remotely like CRT, it becomes a real threat and a potent political weapon."

Sykes sarcastically adds, "There are sharks out there, and if you refuse to join the panic, you must support shark attacks."