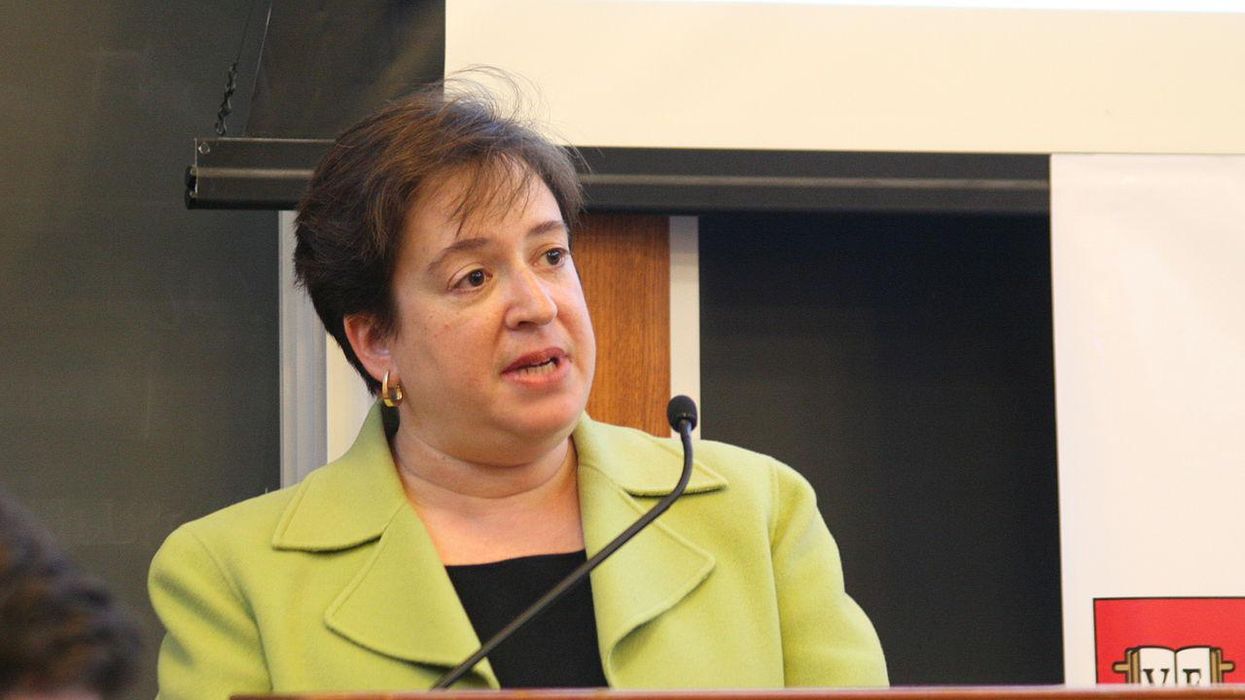 Although Democrats have won the popular vote in seven of the United States' last eight presidential races, only three of the nine justices on the U.S. Supreme Court were appointed by Democratic presidents: Justice Elena Kagan, Justice Sonia Sotomayor and Justice Stephen Breyer. Kagan, appointed by President Barack Obama in 2010, found herself butting heads with Justice Brett Kavanaugh in the case Borden v. the United States — and Slate's Mark Joseph Stern, in a Twitter thread posted on June 10, lays out the ways in which Kagan refuted what Kavanaugh had to say.

The Armed Career Criminal Act of 1984, passed by Congress and signed into law by President Ronald Reagan, imposed a 15-year mandatory minimum sentence if the defendant had three prior convictions for major drug offenses or violent felonies. Charles Borden, Jr., the Borden in Borden v. the United States, was arrested during a traffic stop in which police found a firearm and drug paraphernalia — and he was sentenced to almost a decade in federal prison. Borden had previously been convicted twice for "intentional or knowing aggravated assault" and once for "reckless aggravated assault." But the day of his sentencing, Borden argued that "reckless aggravated assault" was not a violent felony under § 924(e)(2)(B)(i); the judge who sentenced him disagreed.

A High Court syllabus released on June 10 explains, "JUSTICE KAGAN, joined by JUSTICE BREYER, JUSTICE SOTOMAYOR, and JUSTICE GORSUCH, concluded that a criminal offense with a mens rea of recklessness does not qualify as a 'violent felony' under ACCA's elements clause."

Stern, in his Twitter thread, writes that Kagan "continues to ruthlessly own Kavanaugh." Stern notes that Kagan, disagreeing vehemently with Kavanaugh in Borden, "mocks" his dissent. And Kavanaugh, Stern writes, was both "whiny" and long-winded in his dissent:

Kagan continues to ruthlessly own Kavanaugh—here she mocks him for complaining "how unfair it is" that his "view ha… https://t.co/GBVZT0q7gQ
— Mark Joseph Stern (@Mark Joseph Stern) 1623334681.0

According to Stern, Kavanaugh's unnecessarily lengthy dissent shows that he "needs an editor":

I would just like to note that, at 38 pages—more than the plurality and concurrence combined—Kavanaugh's dissent is… https://t.co/6skhGeZSiC
— Mark Joseph Stern (@Mark Joseph Stern) 1623335986.0