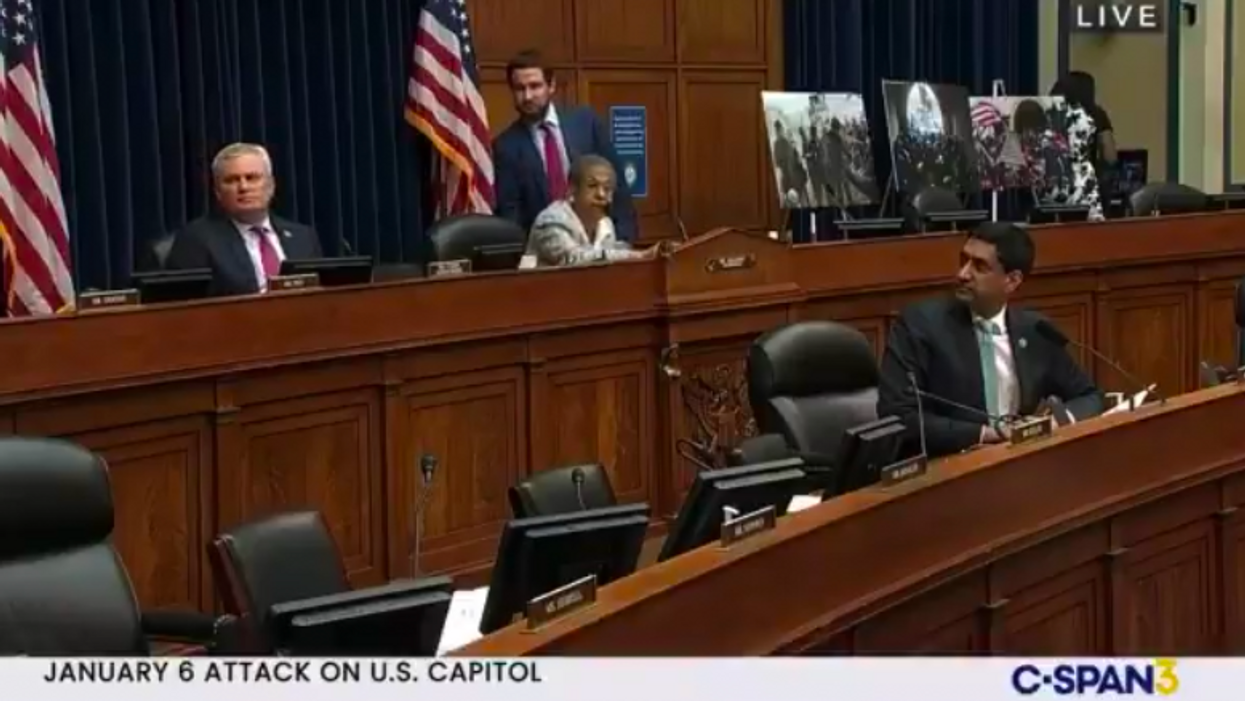 House Republicans on Tuesday tried to derail a hearing with FBI Director Christopher Wray on Donald Trump's January 6 insurrection at the U.S. Capitol. As California Democratic U.S. Congressman Ro Khanna was speaking to Wray, Republicans tried to end the proceedings.

As Khanna is berating Director Wray, who told the House Oversight and Reform Committee the FBI did not have advance knowledge there would be a deadly attempt to overturn the election in a violent attack on lawmakers, one GOP Congressman interrupted.

"Madam Chair, I move to adjourn," the Republicans says, interrupting Rep. Khanna, and violating the rules in the process.

Khanna, looks around to see who interrupted him, asks, "Madam Chair, if I could pause…"

As he speaks another Republican interrupts him.

"There's been a motion, Madam Chair."

Another person in the chamber, presumably a Democratic Congress, stunned, says, "HGe doesn't have the floor," meaning the Republican has no right to speak.

"The gentleman is not recognized," the Chair tells the Republicans. "It is Mr. Khanna's time."

"We had an insurrection, we don't need disruptions here," Khanna said, addressing the Republicans. "Can we allow the democratic process to continue please?"

Republicans insisted they had a right to motion to adjourn, but the Chair told them they were "out of order."

Democrats called for order as Republicans walked around the dais.