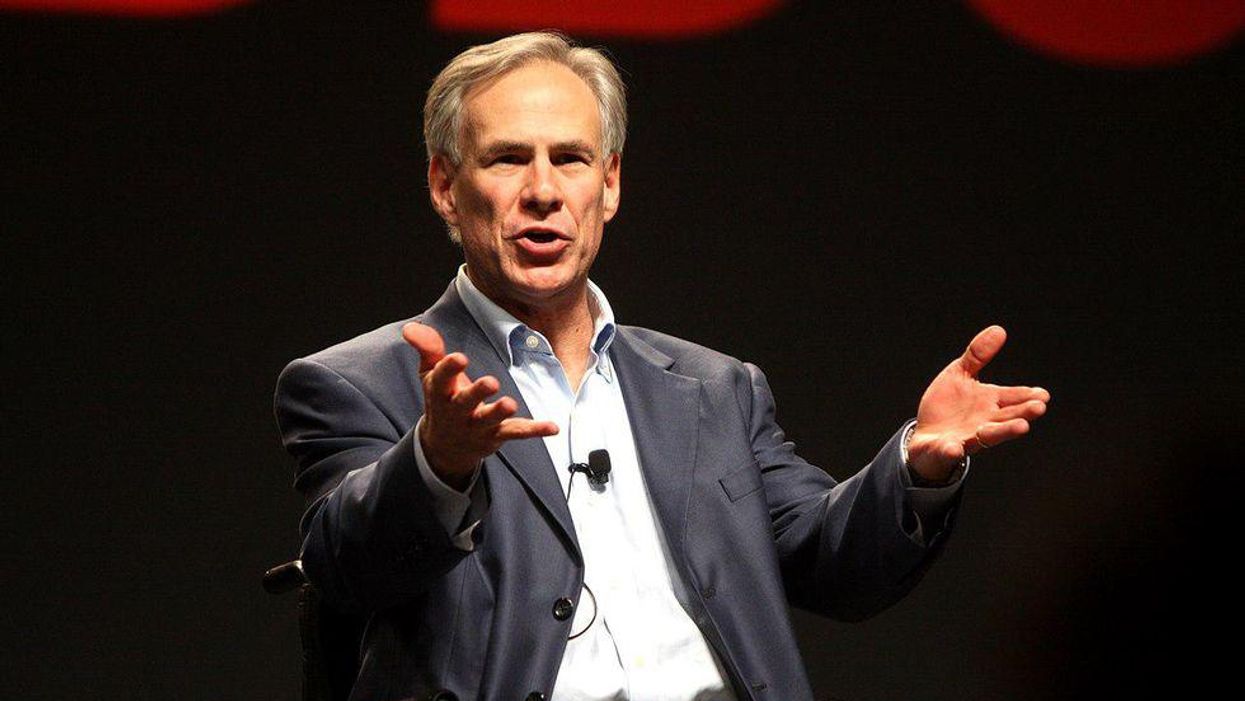 Calling his plans to complete the building of Donald Trump's border wall "ludicrous," the editorial board of the Austin -American Statesman hammered Gov. Greg Abbott in a biting editorial on Sunday morning.

Abbott, who has taken to signing high-profile executive orders aimed at rallying conservative voters in his state, recently announced plans to finish the wall that was begun by Trump with the promise that Mexico would pay for it.

With President Joe Biden pulling the plug of finishing the wall that Trump started by shuffling money away from the Pentagon, Abbott proposed raising money to finish the job with a scheme that the paper's editorial board bluntly called "a half-baked, Go-Fund-Me effort that should make all Texans cringe."

Noting that the governor is doing nothing about the state's power grid problems that led to deaths from a killing freeze last winter and now energy outages as the state bakes from a heatwave, the editorial called out, "Abbott's acts of political theater at the border, advancing his 2022 reelection bid and possible White House aspirations."

"Although he is inviting private donations for the wall, the governor is using real taxpayer money — moving $250 million out of the state prison budget — to get the ball rolling, starting with hiring a project manager," the paper reported. "And while Abbott says he wants to work with Texans eager to donate their land for a border wall, many landowners along the border have fought such a project for years — meaning Texas would face years of expensive litigation if it tried to make a border wall a reality."

Citing the many problems with getting the wall finished -- including building it on land that is privately owned -- the editors pointed out, "Trump never understood any of that. But the governor of Texas does."

"Instead of biting at Biden's heels with a rival plan for border security, Abbott should be tending to the needs of Texans. We have a power grid that failed in February, killing hundreds of Texans, and even now the grid struggles to meet the state's energy demands. We have the nation's highest rate and largest number of people without health insurance. We have a network of highways, dams and levees that earned 'D' grades in this year's infrastructure report card by the American Society of Civil Engineers," the editors charged before concluding., "The governor should focus on those problems, and the needs of all Texans, instead of propping up his political ambitions with a wasteful border wall."

You can read the whole op-ed here.