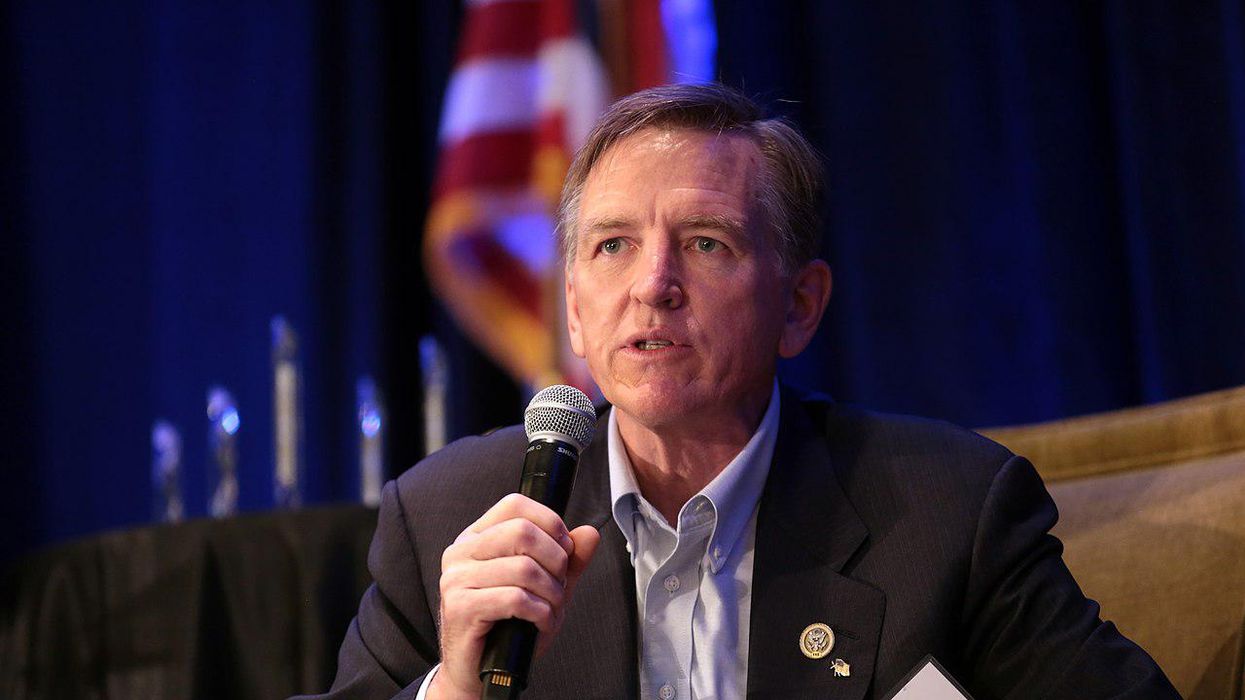 On June 15, the U.S. House of Representatives passed a bill to award the Congressional Medal of Honor to the police officers who defended the U.S. House of Representatives against a violent insurrectionist mob on January 6. It was a 406-21 vote, and the 21 House members who voted against it were Republicans. Meanwhile, in Missouri, Republican Gov. Mike Parson recently signed into law a bill that calls for fines of police departments if they enforce federal gun laws. The St. Louis Post-Dispatch's editorial board, in a blistering editorial published on June 20, cites these controversies as examples of the fact that the GOP has no business calling itself the "law and order party."

"It was more than half a century ago that Richard Nixon successfully branded the GOP as the 'law and order' party, creating a political banner that has since been wielded, very effectively, by generations of Republicans," the Post-Dispatch's editorial board explains. "It was infused with some hypocrisy from the start — Nixon would ultimately be driven from the White House for his crimes in office — but in principle, at least, it aligned with a central tenet of conservatism: that respect for the law provides the restraint of passions that is necessary for society to thrive. So how on Earth did that Republican Party become the one we see now?"

The Post-Dispatch's editorial board goes on to slam the 21 far-right House Republicans who voted against giving the Congressional Medal of Honor to the police officers who defended the Capitol on January 6, including Rep. Paul Gosar of Arizona. Other Trumpistas who voted against the bill included Rep. Marjorie Taylor Greene of Georgia, Rep. Andy Biggs of Arizona and Rep. Andrew Clyde of Georgia.

"These are the officers, of various police units, who put their lives on the line — and in one case, died —protecting those very lawmakers after then-President Donald Trump incited the mob to storm the Capitol," the Post-Dispatch notes. "Ponder that: Asked to choose between the anti-democracy thugs who assailed America's seat of government, or the small contingent of police officers who valiantly tried to stop them, these 21 elected representatives of the people chose the thugs."

Gosar even went so far as to say that a Capitol rioter who was shot and killed on January 6, Ashli Babbitt, was "executed" by police who were "lying in wait" for her. The Arizona congressman doesn't see Babbitt as an insurrectionist, but as a martyr.

"Rep. Paul Gosar, R-Ariz., alleged in a House hearing that a rioter who was shot to death by an officer as she breached a Capitol window had been 'executed,'" the Post-Dispatch's editorial board writes. "It was 100% fiction — the officer was cleared of any wrongdoing — but Gosar, a reliable Trump water-carrier, was fine with slandering a police officer who did his job and lionizing an anti-democracy insurrectionist. Has there ever been a more succinct example of Trumpism's utter disdain for law and order?"

The Post-Dispatch continues, "This is only the latest evidence that the GOP is no longer defined by respect for the law. While in office, Trump's almost weekly displays of contempt for the restraints of the Constitution made Nixon look like a choirboy, culminating in his incitement of a riot in an attempt to retain power. And yet to this day, most congressional Republicans still kiss the Trumpian ring."

The Post-Dispatch wraps up its editorial by pointing to Parson as an example of a Republican who promotes "law and order" but only when it's convenient.

"Here in Missouri, Republican Gov. Mike Parson — a former sheriff, no less — recently signed a bill to impose heavy fines against local police departments if they enforce federal gun laws," the Post-Dispatch's editorial board laments. "In addition to the craven cynicism of backing a measure he knows perfectly well won't last ten seconds in court, Parson has reinforced the same poisonous message the Republican base has been getting from its leaders for the past four years: 'Law and order' is just another empty slogan designed to own the libs. All that today's Republican Party actually believes in is power."