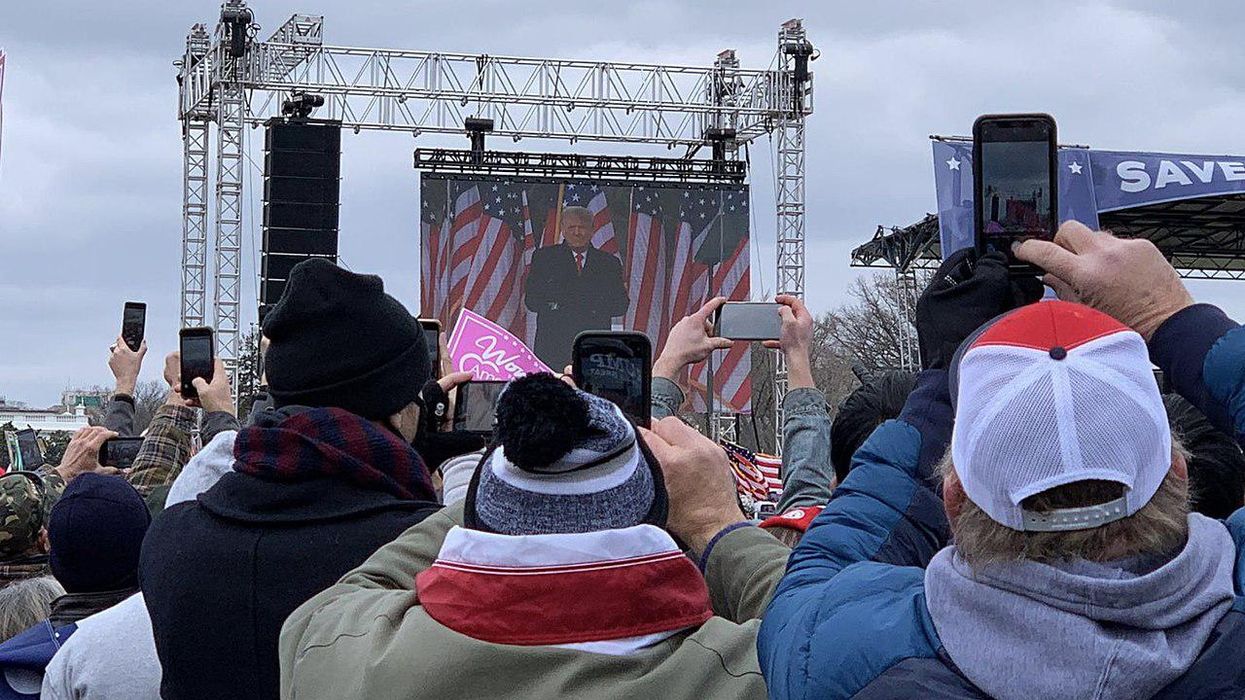 Rep. Paul Gosar of Arizona — a far-right Republican, conspiracy theorist and tireless devotee of former President Donald Trump — has been slammed by liberals and progressives as well as Never Trump conservatives (including Rep. Adam Kinzinger of Illinois) for saying that Ashli Babbitt, a Capitol rioter killed on January 6, was "executed" by police who were "lying in wait" for her. Babbitt's death has been quite politicized, and that politization is the focus of an article by reporter Scott Glover published on CNN's website on June 18.

Glover explains, "Babbitt was shot once in the shoulder by an unidentified Capitol police lieutenant while attempting to crawl through a broken window leading to the Speaker's Lobby outside the U.S. House of Representatives' chamber. The shooting was captured on video and went viral for the world to see. The lieutenant has been cleared of criminal wrongdoing, but nearly six months after she was slain, Babbitt's memory not only lives on — it has become as polarizing and as politicized as the day itself."

The CNN reporter points out that the views expressed on Babbitt have been wide-ranging.

"To some Americans on the right," Glover observes, "she's a patriot who died a martyr's death. To others on the left, she's a domestic terrorist who got what she deserved — a sentiment conveyed with its own Twitter hashtag, #SheWasATerrorist."

Indeed, some websites in MAGA media have deified Babbitt, while many liberals, progressives, centrists and Never Trump conservatives have said that there is nothing good or honorable about committing an act of violence and insurrection in the hope of overturning democratic election results. Another school of thought sees Babbitt as neither heroic nor evil, but as a pathetic and gullible person who was manipulated and lied to by Trump and his fellow conspiracy theorists.

Kinzinger, in a June 15 tweet slamming Gosar, described Babbitt as someone who "was manipulated by people like you and breached an area and put lives in danger despite being repeatedly warned not to." And Bill Maher, host of HBO's "Real Time," said of Babbitt, "She is the tragedy of the modern Republican voter personified. She died for a second Trump term even though that would have solved exactly none of her problems."

You’re sick Paul, sadly. Truth is, Ashli was manipulated by people like you and breached an area and put lives in… https://t.co/aoLAvHXc6v
— Adam Kinzinger (@Adam Kinzinger) 1623808370.0

In his article, Glover offers some details about the life of Babbitt — who was 35 when she died on January 6. Babbitt was a veteran of the U.S. Air Force, and her brother, Roger Witthoeft, told CNN that she voted for President Barack Obama.

But Babbitt went from voting for a centrist Democratic president to becoming a far-right conspiracy theorist.

"She became an ardent supporter of Donald Trump, proudly wearing a bright red Make America Great Again hat and attending as many of his rallies as she could, her brother said," Glover notes. "She was prolific on Twitter, using the name @CommonAshSense, where she spread QAnon theories, attacked the credibility of the mainstream media and, after the pandemic hit, railed against COVID-19 restrictions."

On January 5, the day before her death, Babbitt tweeted, "Nothing will stop us. They can try and try and try but the storm is here and it is descending upon DC in less than 24 hours."

Witthoeft, discussing video taken at the U.S. Capitol Building on January 6, told CNN, "One of the hardest parts about seeing the video is you want to grab her and shake her and be like, damn it, Ashli. Why'd you have to do that? What the hell were you thinking?"