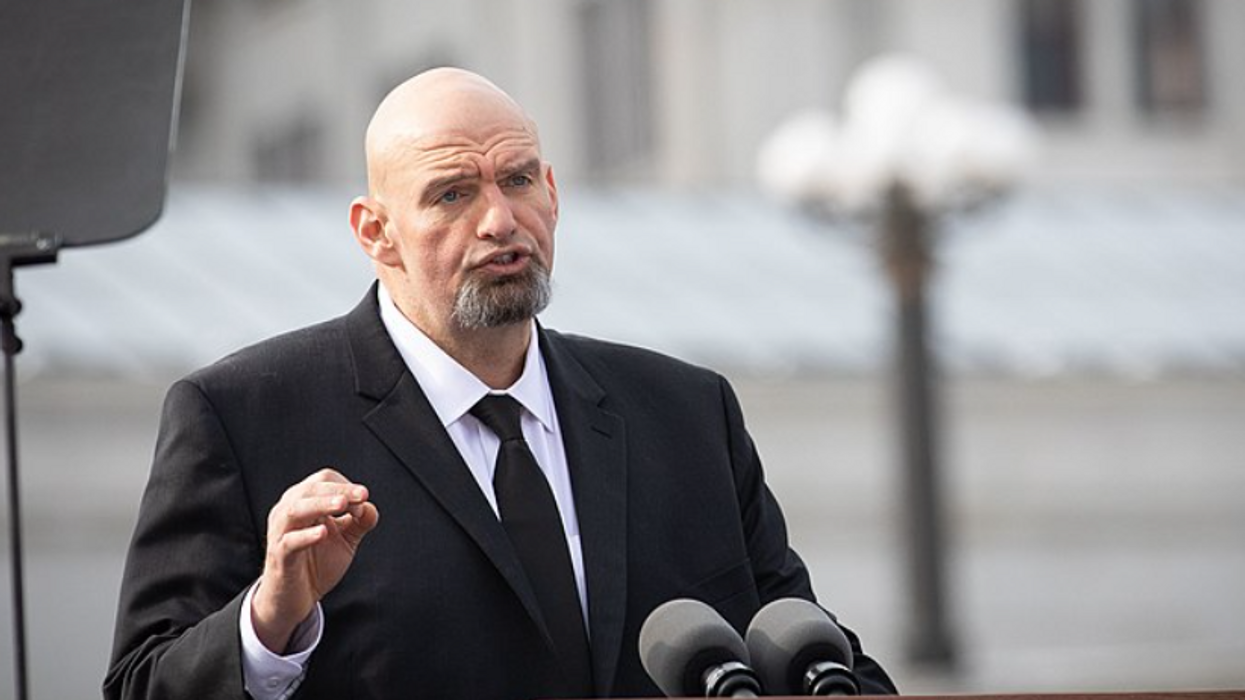 Pennsylvania lawmakers may have reached an agreement regarding its state budget deal, but they are still unable to reach common ground on one line item: election audit costs. Now, Pennsylvania Lt. Gov. John Fetterman (D) is pointing out the math problems that only add to the issues.

On Tuesday, June 28, Fetterman unleashed a flurry of tweets to explain the staggering costs the state would incur to conduct an election audit for a gravely low number of 2020 fraudulent voting cases.

"PA Election Math problem: 5 Dead Moms voted for the former President in 2020 in PA. Got $3.1M the PAGOP snuck into the budget for an "Election Audit Bureau" = $620,000 per PA Dead Mom vote," Fetterman tweeted as he noted that high likelihood of Gov. Tom Wolf's (D) veto the added funds.

Based on the number of fraudulent votes, Fetterman also argued that "7M Pennsylvania voters cast their ballots in 2020. The odds of *actual* voter fraud are worse than an actual lottery ticket."

Fetterman's tweets come amid lawmakers' ongoing battle about the state budget. While Republican lawmakers believe the budget should cover the cost of an election audit bureau, Democrats argue otherwise. According to The Philadelphia Inquirer, Pennsylvania state Sen. Sharif Street (D-Philadelphia, Pa.) penned a letter to Gov. Wolf where he echoed Fetterman's remarks, and asked the governor to veto the additional funding.

"I do not trust that the increased funding … will be used on legitimate audits in the public interest, but rather on the continuation of partisan witch hunts that damage our political process and besmirch the integrity of the men and women of our county elections' offices," Street wrote.

The latest disagreement also focuses on a debate about funding for the state's independently-elected fiscal watchdog, Timothy DeFoor. The Republican elected official was reportedly set to receive $35.7 million on July 1 for the beginning of the fiscal year. But according to the publication, "that got hiked to $41.4 million. The additional $5.76 million, Republicans say, includes $3.1 million intended to fund the creation of the audit bureau.

However, Democratic leaders argued there was no agreement. DeFoor's office also released a statement on Monday confirming the funds are to be used for general operations.

"There is no formation of a Bureau of Election Audits within the auditor general," DeFoor spokesperson April Hutcheson said. "If the governor and the legislature were to decide that's a function they would like to see from the auditor general, and it's funded, we would implement it."

The Pennsylvania Department of State has also pushed back arguing that this type of bureau is unnecessary.

"We fail to see how giving a single state official the authority to take custody of ballots and voting systems for the purposes of conducting an 'independent' audit is superior to the transparent and bipartisan process" that already exists, spokesperson Ellen Lyon said. "We also fail to understand why some politicians continue to impugn the integrity of county election officials — Democratic and Republican — after they admirably conducted a free and fair election amid historic election reforms and a global pandemic."