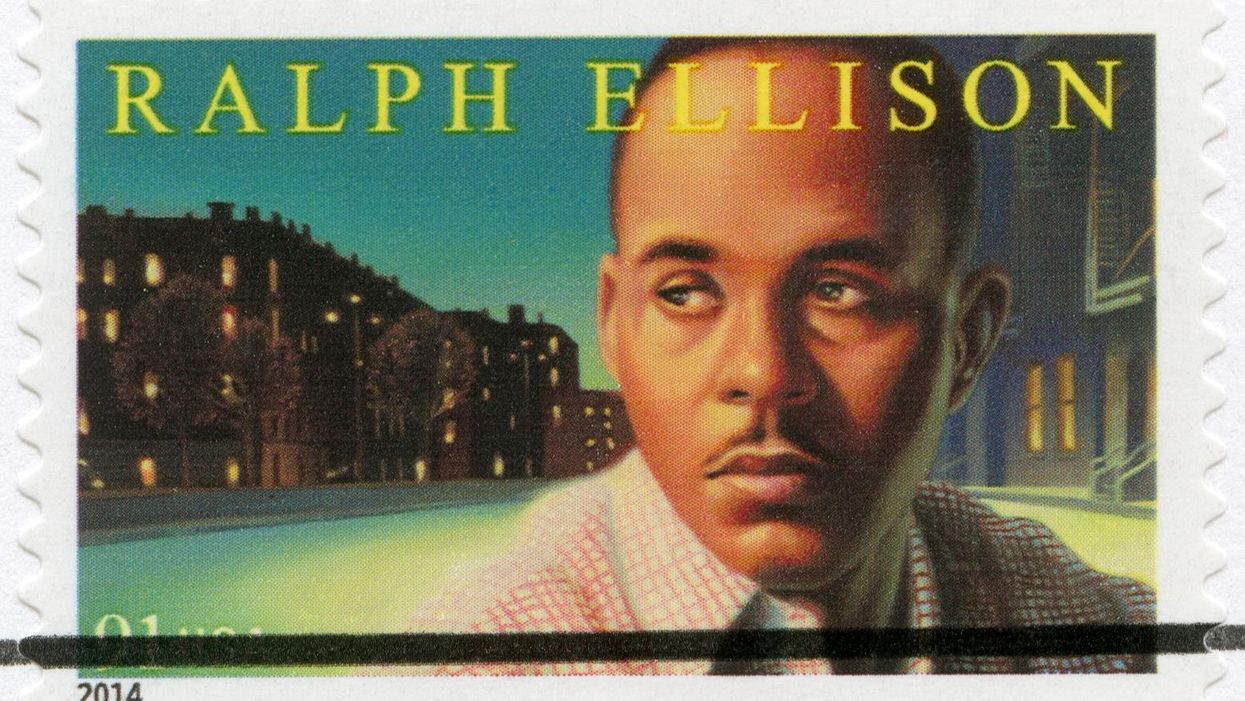 I have been reading Living with Music, a collection of essays about jazz by the novelist Ralph Ellison.1 One of them is a reflection on Jimmy Rushing, the blues singer. He and Ellison grew up in Oklahoma City around the same time. In it, the author of Invisible Man said something I think is valuable to us today. It was about hard political hope.

Oklahoma City's Black community was a product of a great migration in the US starting around 1915 during which six million Black Americans moved from the Jim Crow South to find jobs, opportunity and (a bit more) freedom in cities ungoverned by apartheid. Despite unspeakable tragedy, despite the 1921 pogrom in Tulsa (which destroyed an entire district of that city because it was literally bombed, killing as many as 300 Black people and displacing 10,000 more), optimism was in OK City's air.

"We had a Negro church and a segregated school, a few lodges and fraternal organizations, and beyond these there was all the great white world," Ralph Ellison wrote in 1958 in Saturday Review. "We were pushed off to what seemed to be the least desirable side of the city … and our system of justice was based upon Texas law; yet there was optimism within the Negro community and a sense of possibility which, despite our awareness of limitation (dramatized so brutally by the Tulsa riot of 1921), transcended all of this, and it was this rock-bottom sense of reality, coupled with our sense of the possibility of rising above it, which sounded in Rushing's voice."

To be honest, I don't hear that in Rushing's fine singing, but I believe Ralph Ellison in saying that he and others did. And if Ellison and others could feel hopeful in the face of murderous "limitations" that no one faces these days, no matter how bad they indeed are, then I'm pretty sure we can all find ways to feel more hopeful today. I'm sympathetic to those saying our democratic institutions are not what they should be, but let's not confuse them for what they have been, which was really, really terrible.

To be sure, the former president should be under criminal investigation for virtually everything he did while in office. In the past week alone, it was revealed that his chief of staff, Mark Meadows, asked the United States Department of Justice to investigate phony allegations of voter fraud as part of Donald Trump's attempts to stay in office. It was proven conclusively, with an audio recording, that his personal attorney, Rudy Giuliani, tried extorting a foreign leader into involving himself in a conspiracy to defraud the American people. It was revealed Friday that the Justice Department had subpoenaed the records of reporters and members of Congress in a bid to stop leaking.

These three stories are bad enough but when combined with everything else we know about the former president, they should put to bed forever all comparisons to Watergate, which was bad, really bad, but not this bad, and it wasn't this bad, because as bad as Watergate was, democratic institutions back then were more resilient than they are now, which is to say, Richard Nixon's goon squad actually went to jail after Watergate, whereas now we can't bring justice to a former president even when he's so very clearly guilty of criming in ways no president before him had ever crimed. Perhaps we should stop thinking no one's above the law, because some of us are, and start thinking about how we're going to prevent criminals from being above the law.

That said, we should be hopeful. Why? Because public opinion—"the community of opinion," as Liah Greenfeld calls it—remains our country's strongest democratic institution. I think it's the best indicator of what we are as a political community, as a nation. And I think it's the best indicator of where we are in our history. As Ellison might have put it, it's a robust measure of the "emotional continuity in American life," which I'll take for the time being to mean that Americans have always hated political corruption and that hate burned brightest during the fabulously corrupt Trump era.

Trump is still unpopular. Given today's reporting, he will be unpopular as long as he keeps yammering away about having been robbed in 2020. According to Politico, the Republicans appear very much in favor of him knocking it off already. "If Trump focused on Pelosi and Biden's policy failures, he would help us," said an unnamed Republican from a swing district. "If it's about election fraud and sour grapes from 2020, it will hurt us. We may be able to still win the majority, but I think it makes the hill harder to climb. Obviously, the base likes it, but the base doesn't win the majority in the House."

Donald Trump won't knock it off. He can't. Restraint is just not in him. Politics may be too ambiguous, but that much we can count on. And we can count on the Democrats not letting public opinion forget his criming. For instance, that story about Meadows? The source was a "Senate Judiciary Committee investigation into whether Justice Department officials were involved in efforts to reverse Mr. Trump's election loss," per the Times. Even as we lament democratic institutions that can't or won't hold him accountable, there will be a steady drip drip drip of headlines about what he did.

When you think about it, our conventional view of institutions may be too narrow. It does not take into account all the many ways people are thinking and acting in an open and democratic society such as ours. Just because Donald Trump isn't facing justice of the kind we might prefer right now does not mean he will not face justice of a kind we can't quite let ourselves imagine in the future. Ralph Ellison was once asked if Black Americans failed to "create institutions to preserve our gains." His reply: "We do have institutions. We have the Constitution and the Bill of Rights. And we have jazz."