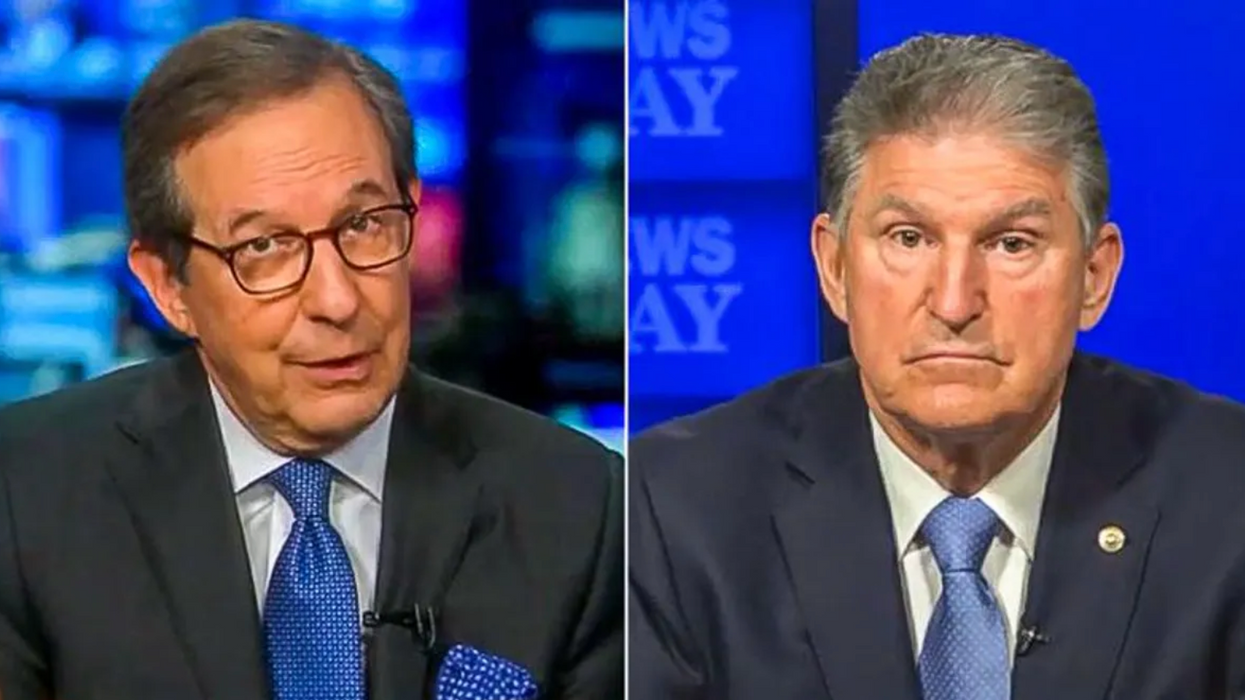 "Hear me out on this," the Fox News host continued. "If you were to keep the idea that maybe you would vote to kill the filibuster, wouldn't that give Republicans an incentive to actually negotiate because old Joe Manchin is out there and who knows what he's going to do? By taking it off the table, haven't you empowered Republicans to be obstructionists?"

"I don't think so," Manchin said cautiously. "Because we have seven brave Republicans that continue to vote for what they know is right and the facts as they see them, not worrying about the political consequences."

The West Virginia senator insisted that many of his "Republican friends" agree with him.

"I'm just very hopeful and I see good signs," Manchin said. "Give us some time."

Wallace interrupted to point out that Republicans had recently used the filibuster to kill a commission to examine the Jan. 6 attack on the U.S. Capitol.

"Republicans blocked that," Wallace reminded the senator. "Sen. McConnell, the head of the Republicans in the Senate, says that he's 100% focused on blocking the Biden agenda. Question: Aren't you being naive about this continuing talk about bipartisan cooperation?"

"I'm not being naive," Manchin objected. "I think he's 100% wrong in trying to block all the good things that we're trying to do for America. It would be a lot better if we had participation and we're getting participation."

"I'm going to continue to keep working with my bipartisan friends," he added. "There were 33 Democrats in 2017 that signed a letter to please save the filibuster and save our democracy. That's what I'm trying to do."