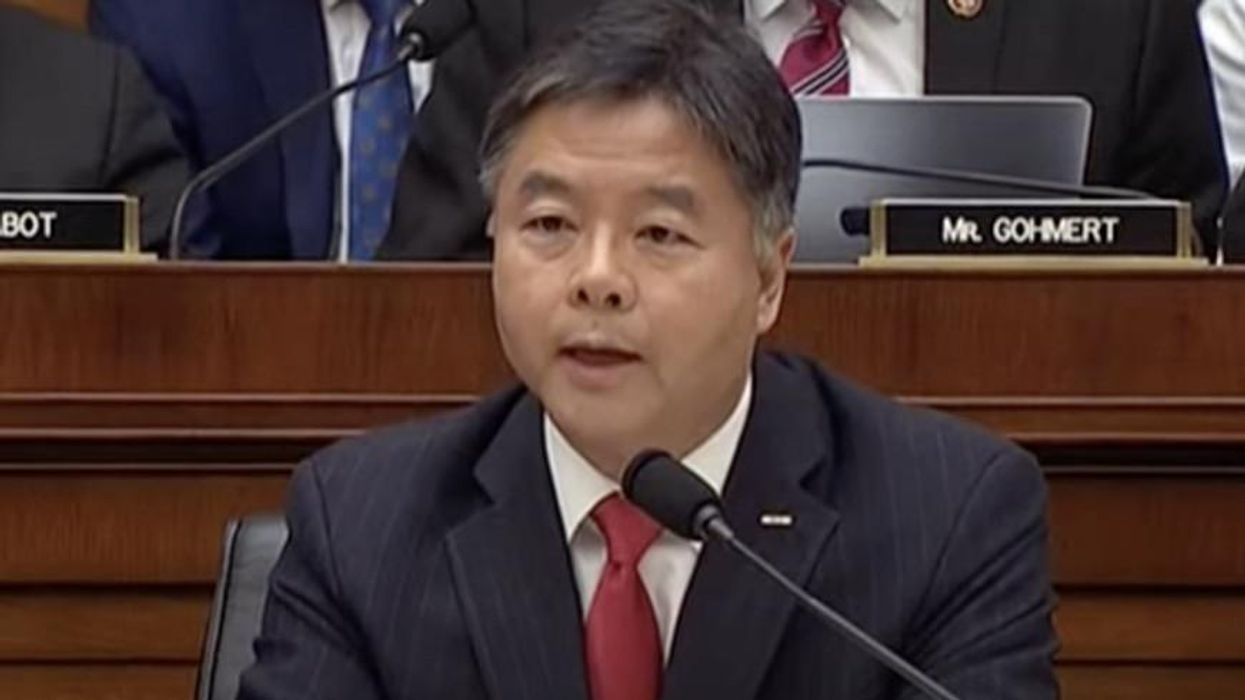 Ted Lieu (screenshot)
David Badash
and
The New Civil Rights Movement
June 19, 2021
They were warned. Before their three-day meeting that pporting a woman's right to choose an abortion, the Vatican told the U.S. Conference of Catholic (USCCB) to not politicize communion or other sacraments.

They did it anyway, and now powerful Democrats – and many others – are furious.

Next time I go to Church, I dare you to deny me Communion," U.S. Congressman Ted Lieu, a Democrat of California, and a Catholic, with a massive 1.6 million followers on Twitter, threatened the Bishops.

His comments were in response to Friday's news of the USCCB's politically-motivated decision, and in response to SiriusXM host Michelangelo Signorile, who asked if other Catholics will be denied communion over their "sins." Signorile pointed to Newt Gingrich, whose history includes adultery, divorce, and re-marriage. Gingrich's wife was President Donald Trump's Ambassador to the Vatican.

Lieu and Huffman were far from the only Democratic lawmakers to speak out against the USCCB's move toward denying communion to politicians who support abortion rights.

"We believe the separation of church and state allows for our faith to inform our public duties and best serve our constituents," 60 House Democrats said in a three-page "Statement of Principles" letter released Friday afternoon.

"The Sacrament of Holy Communion is central to the life of practicing Catholics, and the weaponization of the Eucharist to Democratic lawmakers for their support of abortion is contradictory."

And they carefully noted the hypocrisy of the Bishops, who have never even suggested denying communion to Republican lawmakers who support the death penalty or engage if the separation of families at the border and caging of children.

"No elected officials have been threatened with being denied the Eucharist as they support and have supported policies contrary to the Church teachings, including supporting the death penalty, separating migrant children from their parents, denying asylum to those seeking safety in the United States, and denying rights and dignity to immigrants."