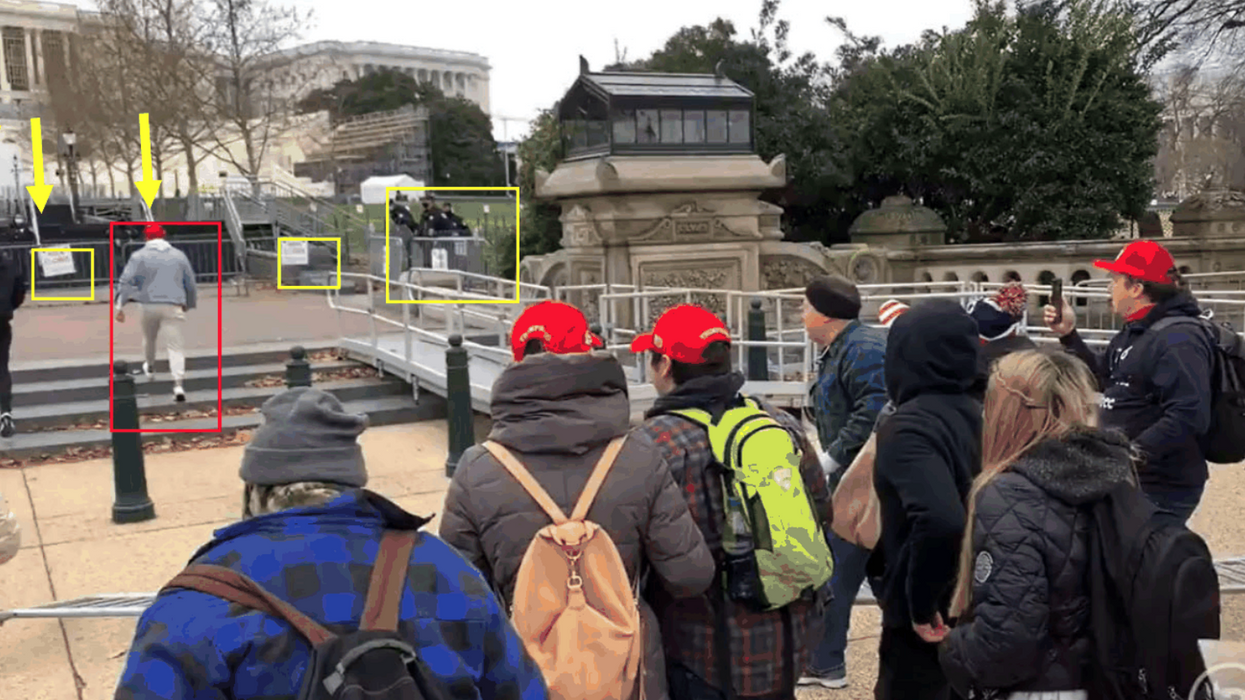 Pennsylvania resident Ryan Samsel is among the many people facing federal criminal charges in connection with the January 6 assault on the U.S. Capitol Building. Scott MacFarlane, a reporter for WRC-TV Channel 4 (the NBC affiliate in Washington, D.C.) who is also an MSNBC contributor, discusses Samsel in a Twitter thread posted this week — and lays out some reasons why his case is especially troubling.

MacFarlane tweets, "WHOA!!! The filing just submitted in the Jan 6 prosecution of Ryan Samsel of Pennsylvania might" include "the most striking, horrific and brutal accusations I've read so far in *any* of these 460+ cases."

MacFarlane reports that last week, Samsel asked to be released from the Washington, D.C. jail where he is being held, "citing injuries he allegedly suffered in (a) beating there."

The U.S. Department of Justice, in response, has noted Samsel's history of violence.

Samsel, MacFarlane reports, has been "accused of knocking over" a female police officer on January 6 and "knocking her unconscious." And MacFarlane adds that according to federal prosecutors, Samsel has a history of "violence against women." The Pennsylvania resident, MacFarlane writes, was "accused of choking & beating his pregnant girlfriend in 2011" and smashing "hot pizza in victim's face, pouring beer over head, throwing her into canal, holding her head under."

MacFarlane adds that in 2009, Samsel was — according to federal prosecutors — "convicted of simple assault and reckless endangerment after he held a victim against her will for five hours, choking her to the point of unconsciousness, pushing her, beating her, and chipping her teeth."

Samsel remains in the DC jail.... where he says he was beaten in March I'm waiting for court to schedule a detent… https://t.co/Ykbyc46EYc
— Scott MacFarlane (@Scott MacFarlane) 1622649874.0