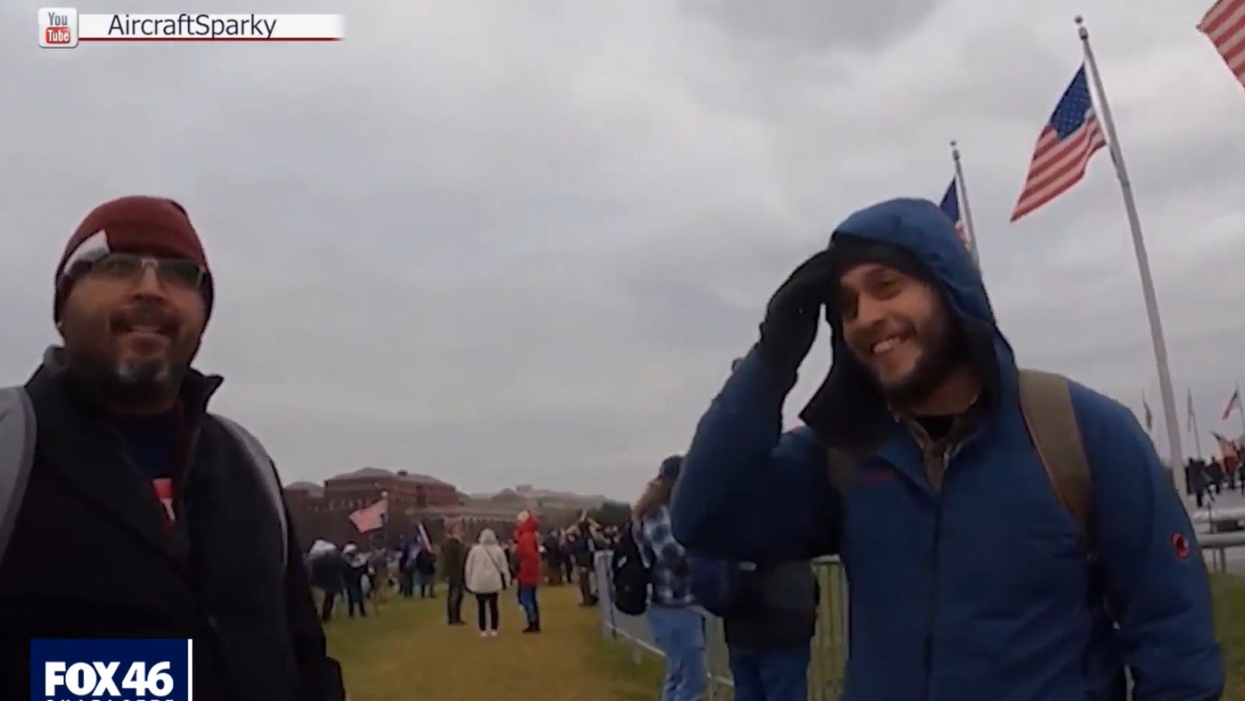 More than 450 supporters of former President Donald Trump have been arrested and are facing charges for their alleged roles in the January 6 insurrection and the assault on the U.S. Capitol Building. The irony: Some of them didn't even vote in the 2020 election, according to Fox 46 (the Fox affiliate in Charlotte, North Carolina).

Fox 46 reporter Ryan Kruger explains, "Fox 46 checked the voting records of all 12 people from North Carolina who are charged in the Capitol attack. Nearly half of them, five, aren't registered to vote in the state."

One of the Trump supporters Kruger mentions in an article published on June 12 is QAnon supporter Brad Bennett, a resident of Randolph County, North Carolina. Bennett, who is facing charges, obviously bought into the former president's false claim that the election was stolen through widespread voter fraud — and video taken in Washington, D.C. on January 6 shows Bennett saying, "Freedom, baby. Tyranny ends today, January 6, 2021." And before the January 6 insurrection, Bennett posted, on Facebook, "FAIR WARNING: If this election is stolen for (Joe) Biden, Patriots will go TO WAR."

Kruger, however, reports, "Despite Bennett's passion for the former president, it doesn't appear he voted for him." And according to Kruger, Stephen Baker — another North Carolina-based Trump supporter facing charges in connection with the January 6 attack — is not registered to vote in that state. Baker posted a video accusing Democrats of rigging the election in favor of now-President Joe Biden.

Dr. Darren Linvill, a professor at Clemson University, explained to Fox 46 why someone who was willing to riot on behalf of Trump would not even be registered to vote.

Linvill told Fox 46, "There's a lot of assumptions about a corrupt process in a lot of these communities. And certainly, that's the case within the QAnon community…. And if you believe the system is corrupt, then why bother voting?"

You can watch the video below, via Fox 46: