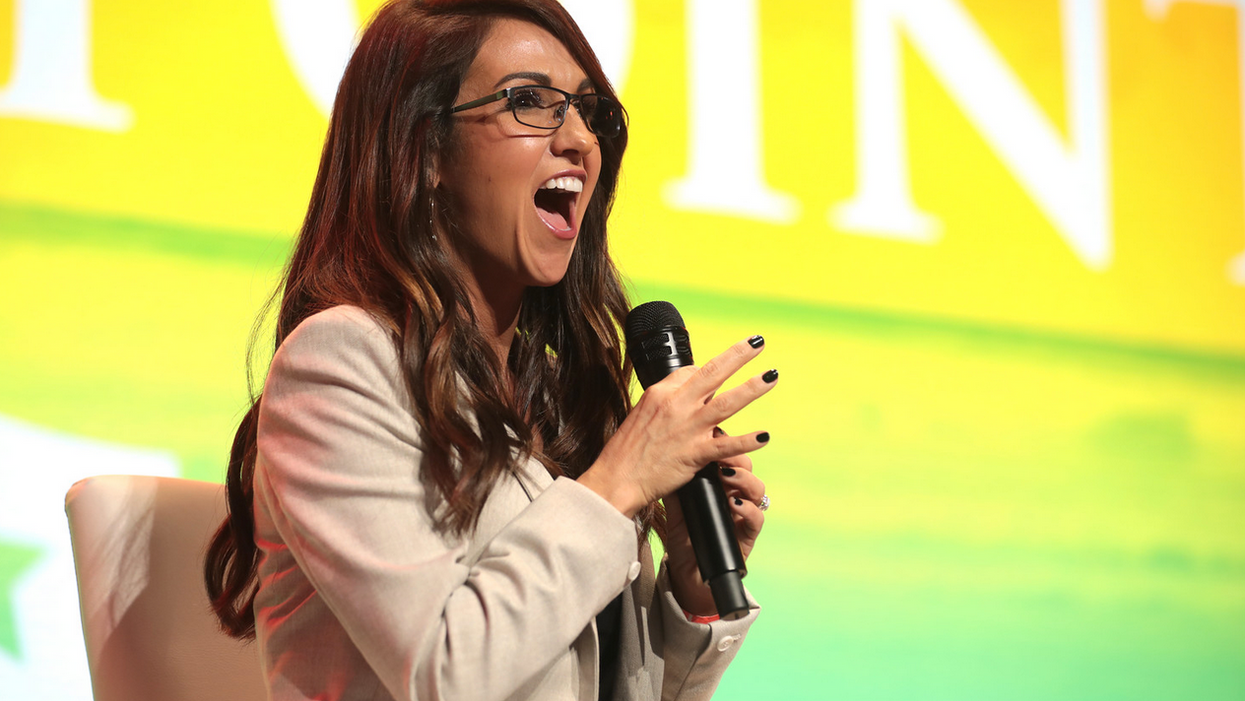 Rep. Lauren Boebert, R-Colo., is returning to her QAnon roots to push a conspiracy theory suggesting that the Clintons may be behind the death of a journalist who is believed to have died by suicide.

Boebert suggested on Twitter that the "Clinton Crime Syndicate" may be behind the death of local Alabama news anchor Christopher Sign, who broke the story about former President Bill Clinton's tarmac meeting with then-Attorney General Loretta Lynch during the 2016 presidential campaign and FBI investigation into Hillary Clinton's private email server, which itself has been the target of countless Republican conspiracy theories. Local police have given no indications of foul play in Sign's death and told NBC News that the death is being investigated as a suicide.

"Why is it that so many who cross the Clinton Crime Syndicate end up dead?" Boebert tweeted along with a clip of Sign promoting his book about the meeting during a 2019 interview on Fox News. Sign said in the interview that he left his job in Phoenix to move back to Alabama because he and his family "received significant death threats shortly after breaking this story."

It's not the first time Boebert has pushed conspiracy theories about Clinton. Asked during a town hall in March about whether Hillary Clinton and the former heads of the CIA and FBI would be arrested, the freshman congresswoman echoed QAnon-style conspiracy theories claiming that "with that information that I have, I believe we will see resignations begin to take place and I think we can take back the majority in the House and the Senate before 2022 when all of this is ended."

Donald Trump Jr., who has a long history of spreading conspiracy theories himself, also suggested that Sign's suicide may be some nefarious plot.

"Has anyone ever seen so many suicide coincidences EVER???" he wrote on Instagram while sharing a screenshot of a headline about Sign's death.

Trump Jr. similarly pushed long-debunked conspiracy theories about the murder of Seth Rich, a former Democratic National Committee staffer who was killed in Washington D.C. in what police suspected to be an attempted robbery. Conservatives pushed conspiracy theories that Rich was killed because he was somehow connected to the release of stolen Democratic emails during the 2016 campaign. The conspiracy theories were also promoted on Fox News, which ultimately retracted its reporting and settled out of court with Rich's family.

Debunked conservative conspiracy theories about the Clintons' "body count" date back to Bill Clinton's days in the White House, when right-wingers claimed that many of those connected to the Clinton's had died under "suspicious" circumstances even when they hadn't. Many have focused on the suicide of Vince Foster, Clinton's former deputy White House counsel who died of a self-inflicted gunshot to the head in 1993. Multiple investigations, including the infamous Ken Starr probe, concluded that the death was a suicide but Republicans like Trump Jr. have continued to refer to in the decades since. Former President Donald Trump and others renewed the conspiracy theory in 2019 after the suicide of convicted sex offender Jeffrey Epstein. Trump shared tweets alleging that the Clintons, longtime associates of Epstein, were behind his death even though Trump also frequently hung out with the disgraced financier.

"This conspiracy just sort of hung around," Joe Uscinski, a University of Miami professor and author of the book, "American Conspiracy Theories," told NBC News. "Mainly because the Clintons have been in power for so long and because she's the most recent face of the Democratic Party. She's a good boogeyman for Republicans to use now still."

Uscinski said the conspiracy theory has become especially popular with "QAnon" followers, who have gone even further than the nutty conservative claims in the 1990s.

"Q also absurdly implied that Hillary Clinton was somehow responsible for the tragic plane crash that killed JFK Jr. in 1999," Travis View, a podcaster who tracks QAnon, told NBC. "A minority sect of QAnon followers believe that Clinton merely tried and failed to kill JFK Jr, and he is still alive today."

Clinton recently responded to the decades-old conspiracy theories in a video with "Borat" star Sasha Baron Cohen."It's hurtful, I'll be really honest with you," she said. "It's hurtful not just to me and my family, but, you know, to my friends, and other people who know that this is not just false, but you know, sometimes painfully false."