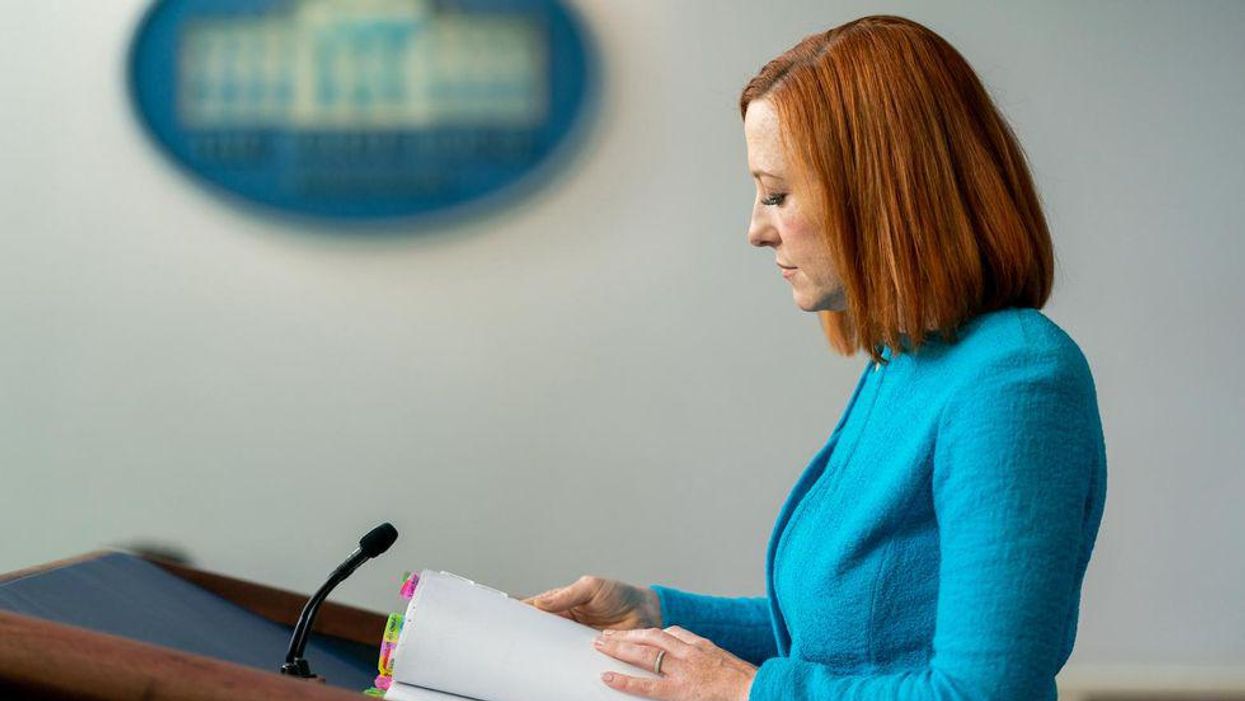 Biden administration officials publicly signaled Friday that they have no intention of putting up a fight as the Republican governors of 25 states prematurely cut off emergency unemployment programs, yanking key lifelines from millions of jobless workers and depriving local economies of billions of dollars.

In the wake of a solid but weaker-than-expected jobs report—which showed that the U.S. added nearly 560,000 jobs in May—President Joe Biden told reporters that it "makes sense" for the $300-per-week federal unemployment boost to expire nationwide in September, even as he acknowledged that "we're going to hit some bumps along the way" to economic recovery.

Press Secretary Jen Psaki, meanwhile, said during a briefing Friday that Republican governors "have every right" to prematurely cut off the federal unemployment programs that were approved under the CARES Act last year to help workers weather the pandemic-induced economic crisis.

More than two dozen Republican governors have recently announced that, instead of waiting for the formal expiration date of September 6, they are cutting off the $300-per-week unemployment insurance boost beginning in mid-June. Twenty-one Republican-led states are also terminating emergency benefits for the long-term unemployed and gig workers.

The GOP leaders have justified their potentially devastating actions by claiming that enhanced jobless benefits are holding back hiring—a narrative that experts have rejected as baseless and simplistic, given other potential factors such as lack of child care, low wages, and coronavirus-related health concerns.

White House officials previously pushed back against the right-wing narrative; last month, Biden said there was "nothing measurable" to indicate that unemployment benefits were dissuading people from returning to the workforce. But they declined to push back again on Friday.

"I would leave it to you and your outside analysts to decide whether that is a big factor," Psaki told reporters.

Sen. Bernie Sanders (I-Vt.) and labor law experts with the National Employment Law Project have recently argued that under the terms of the CARES Act, the Biden administration is legally obligated to continue distributing the emergency unemployment benefits regardless of Republican governors' actions, which could affect more than four million workers.

But Biden administration officials never responded to Sanders' letter detailing that argument, opting instead to anonymously tell media outlets that they are powerless to stop the Republican governors.

"There is nothing we can do," one official told CNN last month.

On Friday, progressives were quick to voice outrage over the Biden administration's refusal to mount a defense of the emergency unemployment programs, which have helped millions of jobless workers cover basic expenses and bolstered the economic recovery. At present, around 15 million people across the U.S. are receiving benefits from federal unemployment programs approved in response to the coronavirus pandemic.

"You can't cut off peoples' temporary lifeline while they still need it to stay afloat," tweeted Claire Guzdar, director of campaigns and partnerships at the Groundwork Collaborative. "The struggle doesn't know you've got a September 6th deadline, y'know? Your bills don't disappear, your rent isn't paid, all the stress of a year of unemployment isn't over. You only take back the lifeline when people aren't drowning."

Rachel Deutsch, a worker justice advocate with the Center for Popular Democracy, called the Biden administration's position on the emergency jobless benefits "appalling" and said the White House is "siding with employers that want to coerce people into bad jobs."

"Some will be forced into into abject poverty because no amount of deprivation can make them work right now," Deutsch added, pointing to testimony from unemployed workers who are either unable to find a job or unable to work due to family circumstances.

One unemployed worker in Montana identified as Emily said the medical team treating her seven-year-old son—who is terminally ill and has a disability—"told me to keep him home until he can be vaccinated."

Unemployment insurance "has helped keep us going so I can choose my son's health and safety and keep both kids from getting sick."

Once the 25 Republican-led states end the emergency unemployment programs, millions of jobless workers will be left with paltry state benefits or—in the case of gig workers and the long-term unemployed—no benefits at all.

As the Economic Policy Institute's David Cooper pointed out last week, "Nearly all the states cutting UI still have significantly fewer jobs than before the pandemic."

"Those that are still relying on these programs are likely those that need them most—the people having the hardest time finding suitable work or facing significant constraints on their ability to resume working due to care responsibilities, health concerns, or other factors," Cooper noted. "Cutting off adequate supports to these workers to try to force them to take whatever job might be available—even if it is low-paying, high-risk, not suited to their skills, or incompatible with their responsibilities at home—is cruel and not in the long-term best interest of any state's workers or businesses.