Neoliberalism is 'coming apart' — and Biden has a real opportunity to 'transform the everyday world': historian 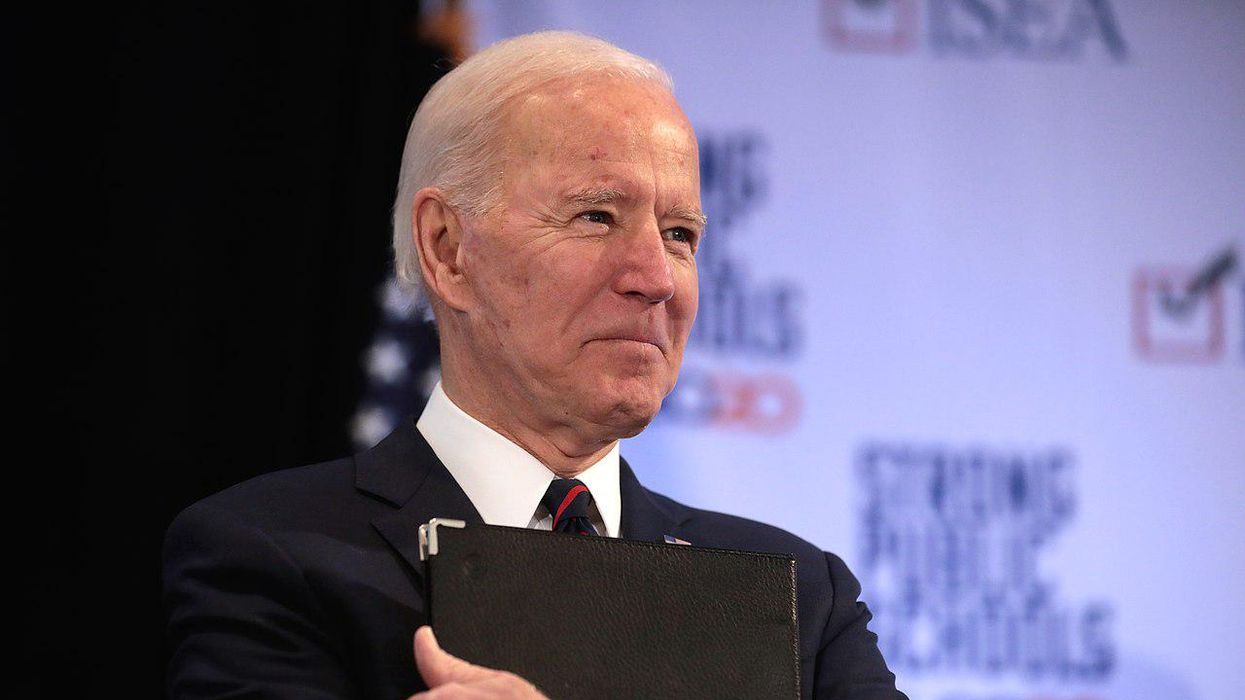 Liberal economic ideas dominated the political conservation in the United States for almost half a century, starting with President Franklin Delano Roosevelt's landslide victory over President Herbert Hoover in 1932. But the New Deal era ended when President Ronald Reagan was elected in 1980, ushering in an era of neoliberalism, Reaganomics, trickle-down economics, Milton Friedman "shareholder" economics, among other things that undermined FDR's New Deal and President Lyndon B. Johnson's Great Society (an ambitious New Deal expansion of the 1960s that gave us Medicare and Medicaid). Author and historian Gary Gerstle, in an article published by The Guardian on June 28, argues that the age of "neoliberalism" is "coming apart" but poses the question: What is going to replace it?

Gerstle, who teaches at the University of Cambridge in the U.K. and is the author of the upcoming book, "The Rise and Fall of America's Neoliberal Order," points out that during the Trump era — and now, during the Biden era — the United States has had two competing ideologies, both of which reject neoliberalism. One is the progressive movement led by Sen. Bernie Sanders of Vermont; the other is Trumpism, which has been a departure from traditional Reagan conservatism.

Gerstle explains, "The real estate huckster from Queens and the socialist shouter from Brooklyn were worlds apart on many political issues, but both attacked globalizing economic agendas, the privileging of free trade over the needs of America's working men and women, the evisceration of American manufacturing, and the corruption of America's political system by elites. Both men generated intense levels of support that convulsed the parties with which they were allied. Partisanship hardened during their rise, making politics both more exciting and more volatile — patterns that the COVID pandemic only intensified."

Gerstle writes, "What lies ahead? If Trump gets his way, America may devolve into an authoritarian state in which the country's democratic institutions are made subservient either to the decrees of 'the great leader' or to an oligarchic Republican Party able to manipulate electoral processes to keep itself in power even when a majority of Americans vote to oppose its rule. Such a regime would seek both to fire up America's shrinking — and thus vulnerable — White majority with ethnonationalist appeals and enrich regime members by striking lucrative and mutually beneficial deals with capitalist elites."

The U.S. hasn't had a truly liberal president since LBJ during the 1960s. The United States' four post-LBJ presidents — Jimmy Carter, Bill Clinton, Barack Obama and now, Joe Biden — are all centrists. Yet progressives have been pleasantly surprised by Biden's presidency, including MSNBC firebrand Mehdi Hasan (who was quite critical of Biden in the past). And Gerstle emphasizes that if Biden triumphs with a relatively progressive agenda, the history books will be kind to him.

"The Sanders road runs through Joe Biden who ironically, long kept a healthy distance between himself and progressive causes," Gerstle observes. "But now, the new president, grasping the magnitude of the moment and understanding that this is likely to be his last tour of public duty, has decided to channel the spirit of Franklin Delano Roosevelt, America's most successful Democratic president."

FDR, Gerstle notes, "broke with free market dogmas, insisting that the federal government had to manage capitalism in the public interest" and "undertook major projects of infrastructural improvement, understanding their importance both for economic growth and for demonstrating in visually dramatic ways the Democratic Party's ability to transform for the better the everyday world in which Americans lived and worked."

The Cambridge professor adds, however, that it remains to be seen how much of his agenda Biden will be able to get through Congress.

"Can Biden nevertheless pull off a New Deal for the 21st Century, appropriately festooned in 50 shades of climate-friendly green?," Gerstle writes. "The odds are against him. But Vegas oddsmakers — and their pollster soulmates — have shown themselves to be shaky guides to political behavior during this tumultuous era. Biden has had two big policy successes: the vaccine rollout and the nearly $2tn American Rescue Plan. He needs two more, likely to be a conventional infrastructure plan passed with bipartisan support — and then a second, unconventional infrastructure plan that is both green and focused on 'social' rather than physical infrastructure, passed through reconciliation."