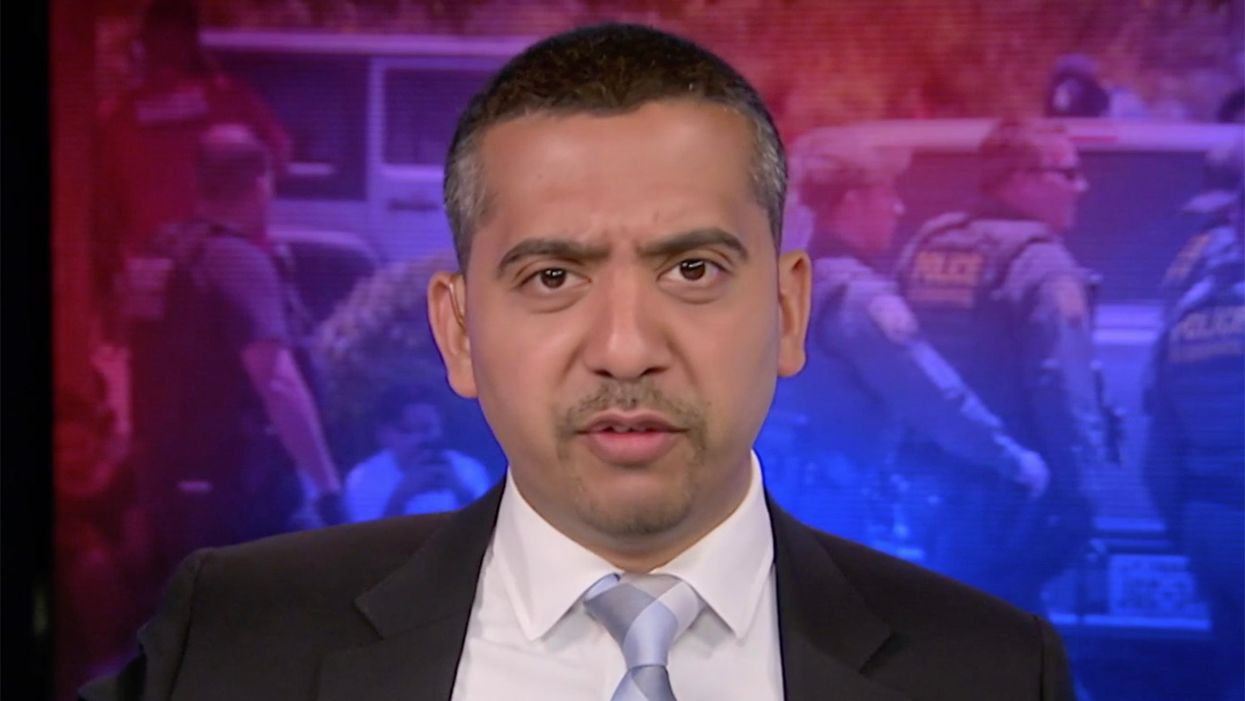 Before Joe Biden received the 2020 Democratic presidential nomination, many liberals and progressives were expressing strong reservations about the former vice president. His most enthusiastic support, at that point, came from centrist Blue Dog Democrats and Never Trump conservatives.

Progressive pundit Mehdi Hasan was among Biden's outspoken critics during much of the primary. But in an op-ed published by MSNBC's website this week, Hasan stresses that so far, he has been pleasantly surprised by Biden's presidency.

Hasan even went so far as to say that Biden, "would be a disaster" if elected. But unlike the far-right pundits at Fox News, Newsmax or Breitbart, Hasan didn't believe that Biden would turn the U.S. into Venezuela under Hugo Chávez — he viewed Biden as much too conservative.

Early signs from the White house show Mehdi he was probably wrong, the pundit readily admitted.

"The new president has been far from a disaster," Hasan writes. "His first ten days were as smooth as any in modern presidential history — and that despite, perhaps, the worst presidential inheritance in all of American history. He has signed more than 40 executive orders — an 'opening-days blitz…. essentially compressing 100 days into ten,' to quote the New York Times. 'Biden has outlined the most liberal agenda in a generation,' Axios observed Sunday…. What's not to like for progressives?"

Originally from the U.K., Hasan stands out in the U.S. media not only because of his British accent, but also, because he aggressively critiques Democrats from the left and points out how conservative parts of the Democratic Party can be. And any right-wing pundit who described former President Barack Obama as a "leftist" or a "socialist" during an interview with Hasan would be in for a tongue-lashing and a long list of reasons why Obama was very much a centrist during his eight years in the White House. So, it's saying a lot that Hasan, so far, is impressed with Biden's presidency — and in his op-ed, he praises Biden for everything from "rescinding the Muslim ban" to ordering "the Department of Labor to develop plans to ensure a $15-an-hour minimum wage for federal employees."

"Criminal justice reform?" Hasan writes. "Biden barred the Department of Justice from renewing private prison contracts, calling it a 'first step to stop corporations from profiting off incarceration.' According to NBC News, the Biden White House has 'asked senators to recruit civil rights attorneys and defense lawyers for judgeships.'"

Hasan adds that for progressives, Biden has his shortcomings — for example, Hasan would prefer a Medicare-for-all program to the expansion of Obamacare that the new president favors. But all things considered, Hasan likes what he is seeing.

Hasan writes, "We cannot afford to lose sight of the big picture. Now is a moment for the left to be emboldened, not embittered…. Forget 100 days: Biden's first 10 days look more like the fulfillment of a progressive wish list than a great centrist betrayal. Neither Bill Clinton nor Obama began their presidencies with such energy or ambition."