Sanders rips GOP for remaining 'loyal to the Big Lie' 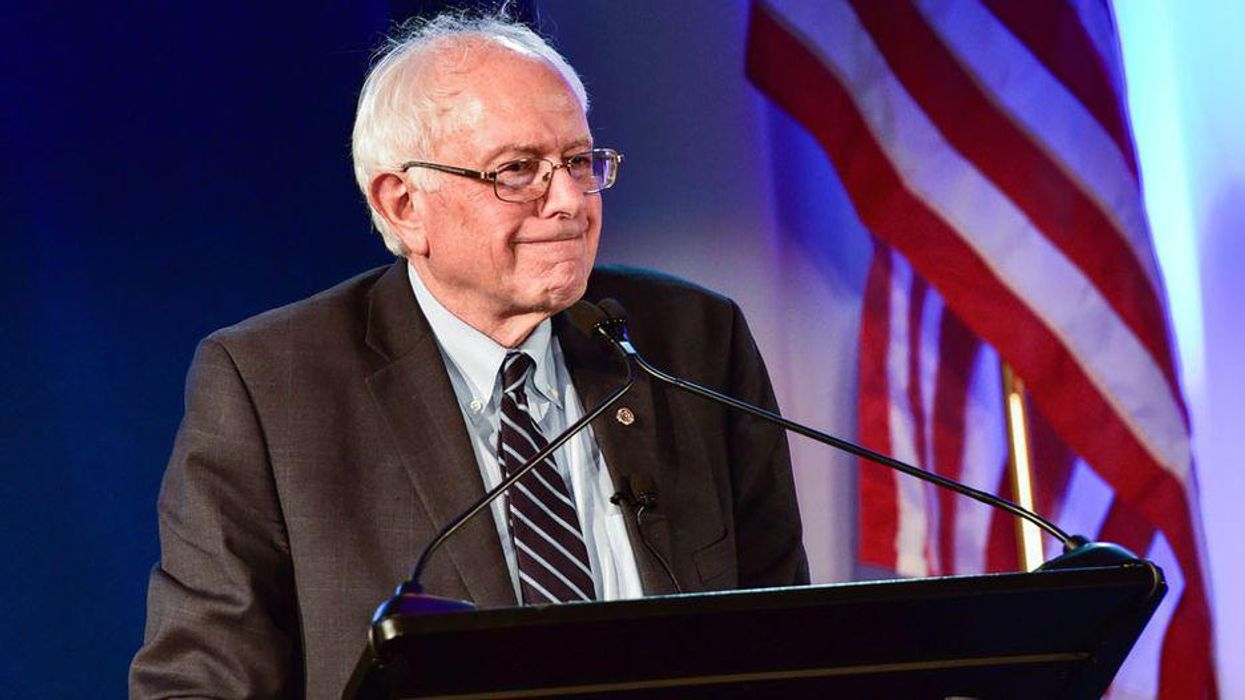 After Senate Republicans unanimously blocked debate on a far-reaching and popular voting rights bill, Sen. Bernie Sanders of Vermont late Tuesday joined the chorus demanding an end to the 60-vote legislative filibuster and slammed the GOP for remaining "loyal to the Big Lie that Donald Trump won the 2020 election."

"It is a disgrace that at a time when authoritarianism, conspiracy theories, and political violence are on the rise, not a single Republican in the United States Senate has the courage to even debate whether we should protect American democracy or not," Sanders said in a statement. "Meanwhile, in state houses and governor's mansions across the country, Republicans are shamefully working overtime to make it harder for poor people, people of color, young people, and people with disabilities to participate in the American democratic system."

Every member of the Senate Democratic caucus—including Sen. Joe Manchin (D-W.Va.), the only Senate Democrat who has not co-sponsored the For the People Act—voted in favor of moving forward with debate on the bill Tuesday. But under current Senate rules, which Manchin and other conservative Democrats have refused to touch, a 60-vote supermajority is required to overcome a filibuster, effectively giving the Republican minority veto power.

Following Tuesday's vote, Sanders said that "there's no issue in front of us right now that is more critical for the future of our country than protecting the fundamental right of every American to vote."

"If we are serious about calling ourselves a democracy we must make it easier for people to participate, not harder," the Vermont senator continued. "Now is the time for majority rule in the Senate. We must end the filibuster, pass sweeping voting rights legislation, and protect our democracy."

The outcome of Tuesday's vote was widely expected, and progressive activists are pledging to stage protests nationwide in the coming weeks to pressure Senate Democrats to end the 60-vote filibuster and pass legislation combating state Republicans' attacks on the franchise, which GOP lawmakers have justified by parroting Trump's false claims about widespread voter fraud.

But as progressive advocacy groups and lawmakers singled out the filibuster as a key obstacle standing in the way of voting rights legislation, neither President Joe Biden nor Vice President Kamala Harris nor Senate Majority Leader Chuck Schumer (D-N.Y.) mentioned in the 60-vote rule in their statements and remarks after Tuesday's vote.

Biden, who has faced criticism for failing to use his bully pulpit to build momentum for the For the People Act, vowed that "this fight is far from over" and that he will "have more to say on this next week."

Harris, for her part, said the White House will "lift up leaders in the states who are working to stop anti-voter legislation, and work with leaders in Congress to advance federal legislation that will strengthen voting rights."

Eliminating or weakening the filibuster would require the support of all 50 members of the Senate Democratic caucus plus a tie-breaking vote from Harris, who has previously voiced support for scrapping the 60-vote threshold.

"[Senate Minority Leader] Mitch McConnell led his caucus to embrace the legacy of Strom Thurmond and use Jim Crow-era tactics to block debate over desperately-needed reforms to protect voting rights and return power to the people," Ezra Levin, co-executive director of Indivisible, said in a statement Tuesday, referring to the late segregationist senator from South Carolina who mounted a 24-hour talking filibuster against the Civil Rights Act of 1957.

"The question now is whether congressional Democrats and President Biden join forces in order to repel the attacks on our democracy," Levin added. "Every elected official, including President Biden, must be all in to do what is needed to protect our democracy from Republican attack. Democracy is under threat. Fascism is rising. Time is running out. It's time for everyone to stop playing by Republican rules, or everyone will lose."