Would you vote by mail if you had to drive hours to a post office to mail your ballot? That question confronts the United States Supreme Court this session in Brnovich v. Democratic National Committee, which analysts see as one of the most important voting rights cases in a decade.

The case considers two Arizona laws that place limits on how and when Arizonans can vote.

A state law passed in 2016, H.B. 2023, makes it a felony for anyone other than a family member, caregiver or postal worker to collect and deliver ballots. The second Arizona law in question requires ballots to be cast in the assigned precinct where a voter lives. If a voter casts a provisional ballot at the wrong polling place, election officials will reject it.

But the court's ruling will have national consequences. Since the 2020 presidential election, legislators in 47 states have introduced 361 so-called “election integrity" bills placing new restrictions on voting.

Our research on elections show that these types of restrictive laws significantly impact voting, particularly among racial minorities and the poor.

The Supreme Court's decision could determine the fate of many of these laws.

From Arizona to the Supreme Court

In Arizona, nearly 80% of voters in 2018 cast their ballots by mail. But mail service is not always available in rural areas of the state where many Hispanic and Native Americans live. Only 18% of Native Americans in the state, for example, have access to home mail delivery.

The Tohono O'odham reservation, which covers an area larger than Rhode Island and Delaware, has no home delivery and only one post office. These rural voters often rely on friends or get-out-the-vote workers to deliver their ballots to polling stations.

The burdens on rural and tribal voters were cited in a 2016 lawsuit filed by the Democratic National Committee to block the Arizona ballot collection ban and out-of-precinct vote restriction. The Democratic National Committee claimed both policies violated Section 2 of the federal Voting Rights Act, which prohibits practices that “result in a denial or abridgement of the right (to vote) on account of race or color." 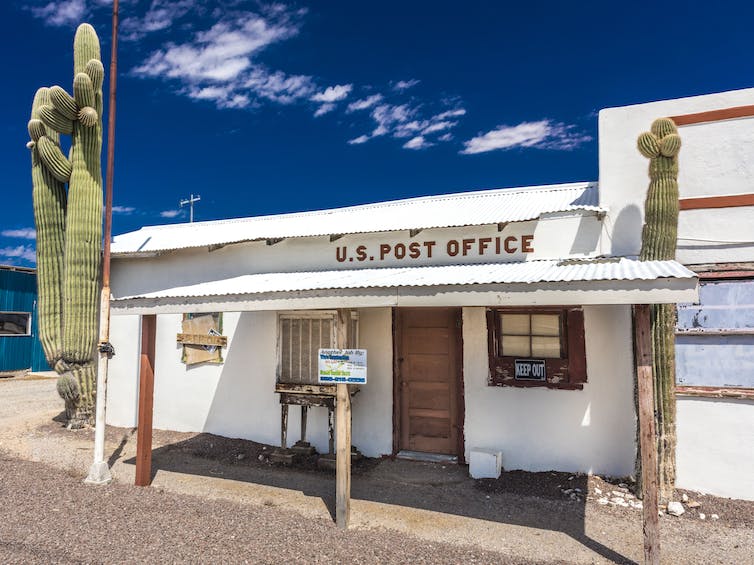 Post offices are few and far between in rural Arizona.

The lawsuit, which was supported by Arizona's Democratic secretary of state, also argued that the ballot collection ban purposely targeted minority voters. That would violate the 15th Amendment to the U.S. Constitution, which prohibits states from intentionally denying the right to vote on account of race.

Arizona's Republican attorney general and the state's Republican Party argued the laws were race-neutral restrictions that do not impede Arizonans' equal opportunity to vote and were enacted to safeguard election integrity.

The district court in Arizona and two separate three-judge panels of the U.S. Court of Appeals for the Ninth Circuit originally ruled in Arizona's favor. But, after the full Ninth Circuit Court met together in what's called an “en banc" session, those decisions were reversed.

The full Ninth Circuit said Arizona's ballot collection ban violated Section 2 of the Voting Rights Act and the 15th Amendment because minority voters were more likely than nonminorities to rely on others to return their ballots. And the law could not be credibly defended as an election integrity measure because judges saw no evidence that third-party ballot collection led to vote fraud in the past.

The appeals court also found that the out-of-precinct policy violated Section 2 of the Voting Rights Act. Arizona officials frequently changed polling places in urban counties with large minority populations, so voters easily made mistakes. In 2016, 3,709 out-of-precinct Arizona ballots were rejected, and minority voters were twice as likely as whites to have their ballots discarded in that process.

The court put its decision on hold pending Arizona's appeal to the Supreme Court, leaving both policies in place for now.

Arizona is one of 14 states restricting third-party ballot collection. Twenty-six states require in-precinct voting. Nationwide, some 140,000 provisional ballots during the 2018 midterm elections were invalidated as out-of-precinct. This happens even when precinct location is not relevant, such as elections for governor or president.

If the Supreme Court decides in favor of the Democratic National Committee, Arizona's controversial laws and many others like it will be invalidated. If Arizona prevails, states will have greater latitude when adopting restrictive voting practices.

Before 2013, states with a history of discrimination needed federal approval before enacting new voting laws, under Section 5 of the Voting Rights Act. But in 2013, the Supreme Court in Shelby County v. Holder – a voting rights case from Tennessee – dismantled these preclearance procedures.

As a preclearance state, Arizona was previously blocked by the federal government from enacting voter restrictions like H.B. 2023. Other former preclearance states that have passed restrictive laws since 2013, include North Carolina, Texas and Florida.

Since Shelby County v. Holder, voting rights advocates have had to rely on a different section of the Voting Rights Act – Section 2 – to legally challenge these restrictive voting laws.

Brnovich v. DNC is the first Supreme Court test of this strategy.

How the court leans

But the justices appeared split over the legal standard for evaluating Section 2 claims. 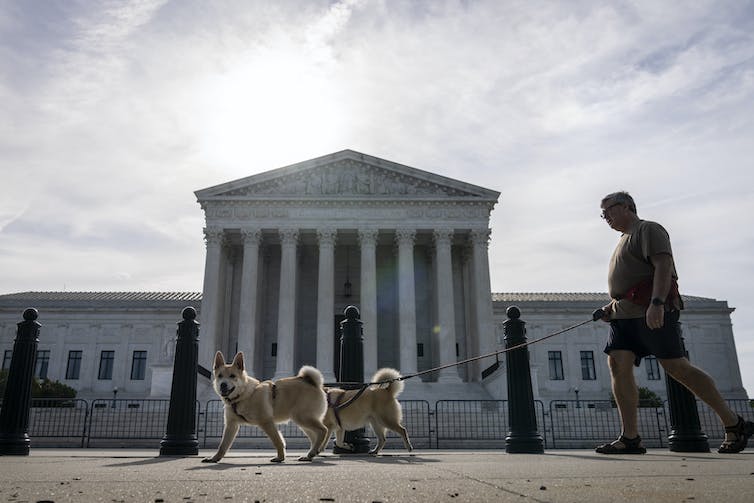 The Supreme Court is expected to rule soon in the Arizona voting rights case.

In deciding against Arizona in 2020, the Ninth Circuit used a “results test." This means that a law does not require proof of an intent to discriminate to be struck down. Judges ask only whether the law disproportionately affects historically disadvantaged groups.

Justice Stephen Breyer, a liberal, suggested the court should consider disparate impact on minority voting but also allow states to defend their policies as enacted for reasons other than race.

Justice Brett Kavanaugh proposed a middle ground. His test would look at whether minorities have the same “opportunities" to vote but also other considerations, such as whether other states use the same rule and whether race-neutral justifications existed for it.

Which approach the court adopts will set the stage for future litigation and the larger showdown between federal voting rights protections and states' control of elections.