Democrats must 'become the nation's majority party' to save US democracy from Trumpism: conservative 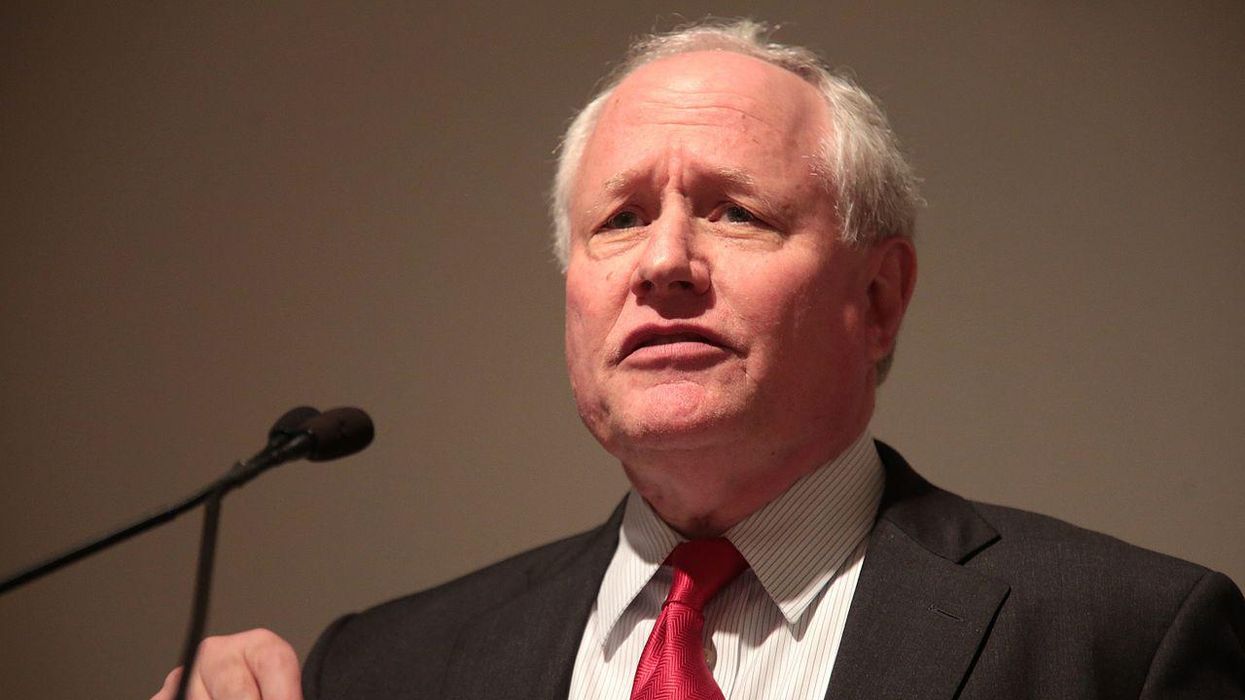 Bill Kristol speaking at the Art Museum at Arizona State University in Tempe, Arizona in 2017, Gage Skidmore
Alex Henderson
May 31, 2021

In the past, Never Trump conservative Bill Kristol was often highly critical of the Democratic Party. But in the 2020 presidential election, the neocon pundit enthusiastically rooted for now-President Joe Biden — and in an article published by The Bulwark (which he co-founded) over the 2021 Memorial Day Weekend, Kristol argues that Democrats need to seriously dominate government in the United States in order to protect U.S. democracy from Trumpism.

Kristol's piece is not an endorsement of all things liberal or progressive. Rather, Kristol believes that Trumpism is so toxic and destructive that Democrats must "become the nation's majority party…. at least for now." And he believes that suburban anti-Trump Republicans or ex-Republicans are an important part of Biden's coalition.

The 68-year-old Bulwark co-founder, formerly of the now-defunct Weekly Standard, cites a new Quinnipiac poll as proof that Trumpism's iron grip on the Republican Party isn't letting up one bit.

The Never Trump conservative calls for "the Democrats to become the nation's majority party as quickly and as decisively as possible."

"Trump is so much at the center of our politics that a conservative Republican such as Cheney can become, at least temporarily, a favorite of Democrats simply because she has straightforwardly and steadfastly criticized Trump," Kristol argues. "Now, hold in mind the fact that Democratic voters seem well-disposed to anti-Trump Republicans."

Kristol views anti-Trump Republicans as an important part of Biden's coalition, and he agrees with conservative columnist Mona Charen, a Bulwark contributor and fellow Never Trumper, that the Trumpified GOP has become "a danger to democracy."

Kristol writes, "Charen argues, it's important for the country, at least for now, that Democrats govern successfully and be able to win elections…. There is a pool of ex-Republican voters and conceivably, office holders available to the Democratic Party. Many current Democratic voters are open to including these future former Republicans in their coalition."