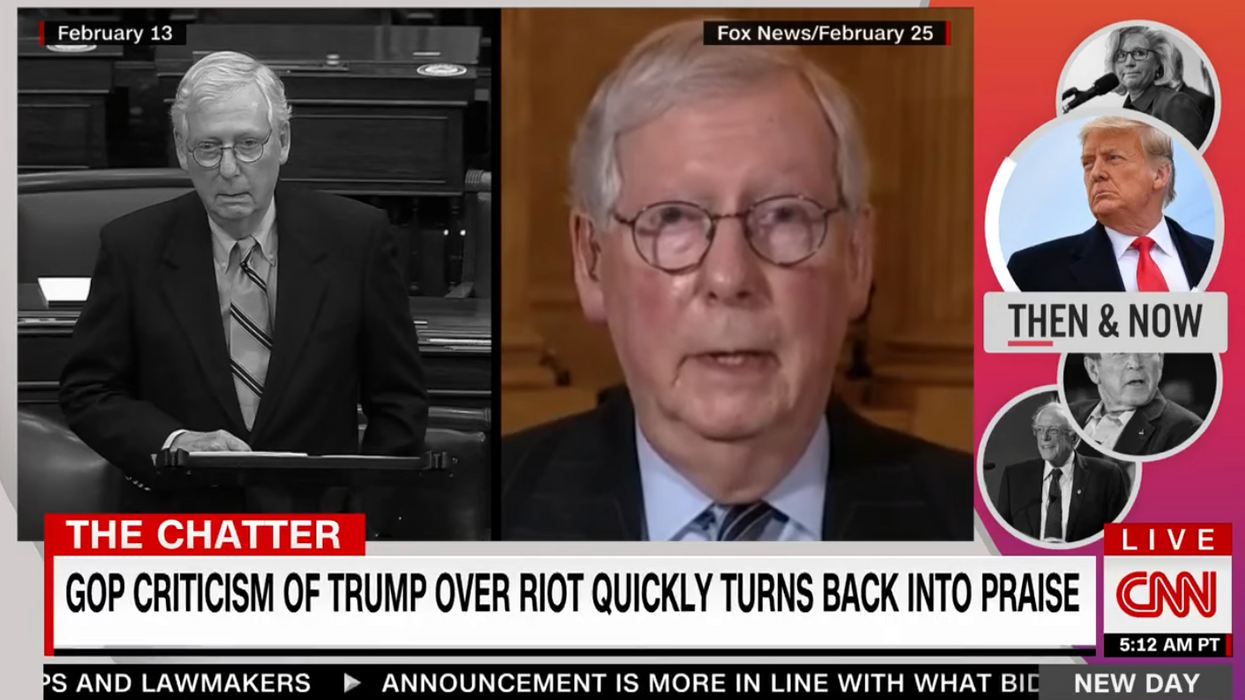 However, as a CNN supercut video that aired on Tuesday showed, Republicans have since come crawling back to the former president even though he put their personal safety at risk by unleashing a violent mob against them.

House GOP leader Kevin McCarthy (R-CA), meanwhile, accused Trump of not doing enough to stop the riots back in January, but last week claimed that Trump had immediately done everything he could have done to tell the rioters to go home.

Senate GOP leader Mitch McConnell (R-KY), meanwhile, said that Trump had disqualified himself from federal office by inciting the mob, but then later said he would support Trump in 2024 if he were the nominee.

The most jarring of all, however, was former UN ambassador Nikki Haley, who initially excoriated Trump for his role in inciting the attack.

Weeks later, however, Haley revealed that she wouldn't run for president if Trump ran in 2024 out of deference to her former boss.

Supercut shows Republicans crawling back to Trump after blasting him for inciting MAGA mob youtu.be