Here are the ‘classic signs of authoritarianism’ the Trumpified GOP now exhibits: conservative 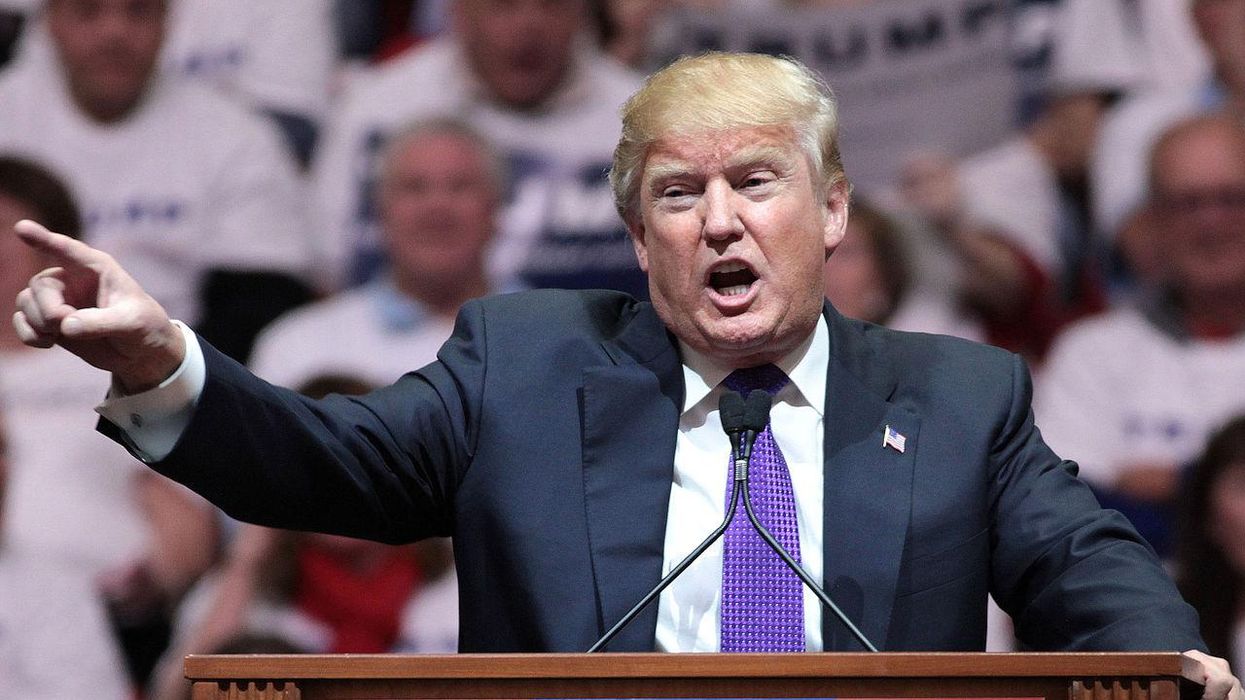 Donald Trump speaking at a campaign rally at the South Point Arena in Las Vegas, Nevada in 2016, Gage Skidmore
Alex Henderson
May 17, 2021

The Joe Biden coalition of 2020 was shockingly diverse, with everyone from self-described "democratic socialists" like Sen. Bernie Sanders and Rep. Alexandria Ocasio-Cortez to hardcore conservatives such as columnist Mona Charen, former Sen. Jeff Flake and neocon pundit Bill Kristol endorsing Biden over former President Donald Trump — who they saw as dangerously anti-democracy. Many Never Trump conservatives have warned that the Trumpified GOP has more in common with far-right nationalist parties like France's National Front and Hungarian Prime Minister Viktor Orbán's Fidesz than it does with the Conservative Party of the U.K. And conservative Benjamin Parker, in an article published by The Bulwark on May 17, lays out some ways in which the GOP of 2021 is showing the "classic signs of authoritarianism."

"The Republican Party is an authoritarian party, not just in its unabashed hostility to democracy and the rule of law, but also, in its internal organization," Parker warns. "It exhibits many of the classic signs of authoritarianism, with many of the attendant strengths and vulnerabilities."

The 2021 GOP, Parker laments, is unwavering in its devotion to Trump, which is why Rep. Liz Cheney of Wyoming was recently removed from her position as House Republican Conference chair. Today's GOP, according to Parker, has no interest in being a big tent.

Very interesting from @pennbarker: The Republican Party itself exhibits many of the classic signs of an authoritari… https://t.co/uzPUyguiUy
— Bill Kristol (@Bill Kristol) 1621250487.0

Parker explains, "Having been established as the GOP's undisputed ruler, Trump is encountering some of the headaches and tensions common to all autocrats. The first and most obvious is the lack of a clear succession principle…. No wonder other notables who would seem to have their own independent bases of support, like Nikki Haley and Sen. Mitch McConnell, can't bring themselves to quit him, and dissidents like Reps. Liz Cheney and Adam Kinzinger face de facto excommunication. How could any of them make a claim to become the new leader of the party if the party only exists to serve the current leader?"

According to Parker, one of the characteristics of an authoritarian party is a rejection of factual information if that information will offend Dear Leader.

"Another issue common to both authoritarian regimes and the Trump-era Republican Party is the paucity of trustworthy, honest information," Parker notes. "Most autocrats struggle to figure out who is telling them the truth and who is a yes-man — the incentives of lower-level officials to inflate their success to their superiors are infamous. Trump embraces the problem, eschewing anyone who dares to give him bad news. And then, of course, there's the brain drain."

Parker continues, "One of the problems of strangling and restricting a society for political expediency is that there are always other options. The people with the most human capital — extraordinary abilities, intelligence, skills, etc. — are the most likely to defect. The Soviet Union and its allies leaked talent at an extraordinary rate. Judging by how many former Republican luminaries have publicly broken with Trump, the Republican Party, or both, its brain drain could be even quicker. The Republican Party has shed many of its legal, economic, foreign policy, and political experts — the very people who enabled it to govern."

The conservative writer warns that although Trump's efforts to steal the 2020 election were ultimately unsuccessful, that doesn't mean that he won't be successful the "next time."

"There's an indication that Trump is getting better at being an authoritarian ruler," Parker writes. "For example, during the post-election turmoil, he encountered, for the first time, the problem of regional elites who were incompletely restrained by his power vertical. State officials in Arizona, Michigan, Georgia, and Pennsylvania refused to overturn the election results. Next time, he'll know better how to prevent that from happening."