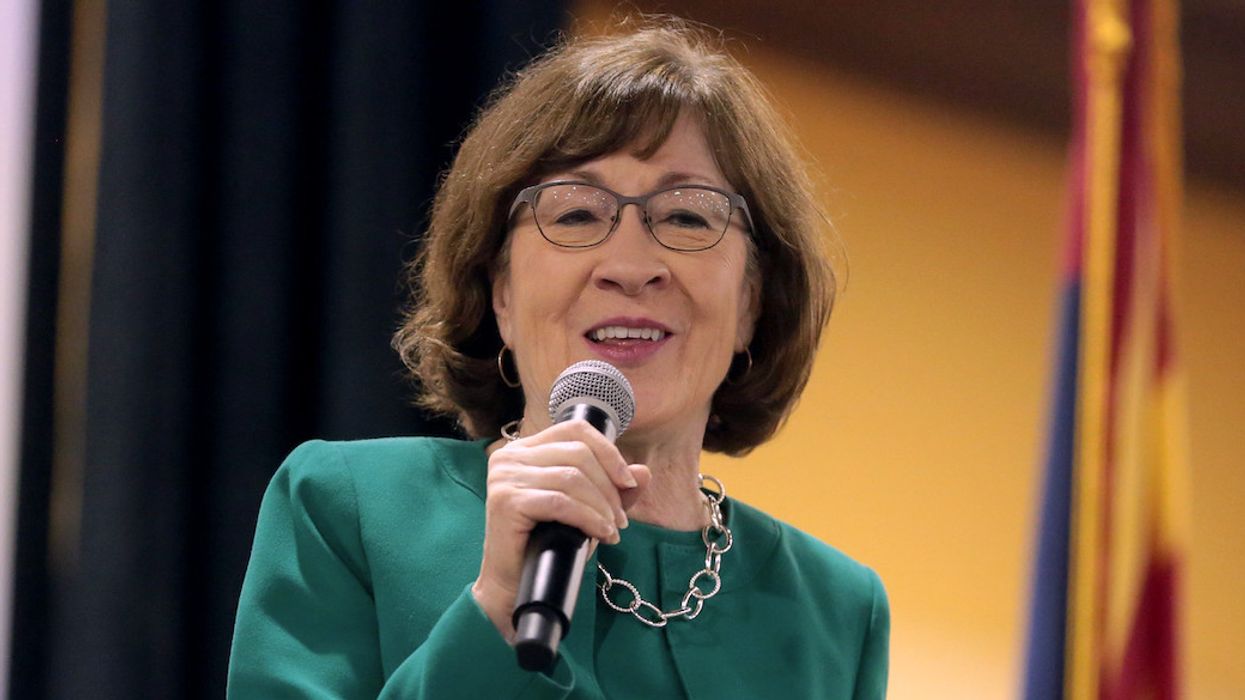 The seventeen Republican lawmakers who voted in favor of former President Donald Trump's second impeachment have grown tired of questions about their party's ongoing participation in Trump's "big lie" and are ready to move on.

According to Politico, the frustrated congressional lawmakers have been quite vocal about their desires to move forward. Rep. Susan Collins (R-Maine), the only Republican lawmaker to win re-election in a state where Trump was defeated, has made her stance quite clear. She is completely focused on policy.

While Collins and the other opposing lawmakers did agree with Rep. Liz Cheney (R-Wyo.) on Trump, they have a different outlook on the future. According to Collins, she and others believe it is time to move forward.

"I tend to focus on policy, not personalities. And I made my [impeachment] decision very clear by giving a long floor speech explaining it. And it's time to move on to the challenges we're facing," Collins said. "Let's move on."

On Wednesday, May 12, Sen. Bill Cassidy (R-La.), who voted in favor of convicting Trump, warned his colleagues in the House that a decision to remove Cheney from leadership could be "perceived as President Trump dictating what the House does."

Since 10 of the pro-impeachment House Republican lawmakers are up for re-election in 2022, they ultimately would prefer to distance themselves from Trump and the sedition as much as possible. Prior to being exiled from social media, Trump made it clear that he would work to ensure opposing lawmakers suffered consequences for their perceived betrayal.

So the most effective way to deal with Trump, at least in these senators' minds, appears to be not dealing with him at all.

"This whole discussion is certainly hurting the impeachment people because they want to move forward and talk about their agenda for 2022," said one lawmaker who chose to speak anonymously.

The Republican lawmaker added, "This keeps putting them back in [trouble] with their base back home. And so if anything, Liz is hurting the impeachment folks the most."

A Republican aide working for one of the 10 House lawmakers spoke anonymously to highlight the ineffectiveness of challenging Trump's stronghold on the party.

"It's not entirely effective to go after Donald Trump every time he puts out a statement because we understand he's a force in the Republican Party," said the Republican aide. "When pure falsehoods are said, you have to call that out, but at the same time, doing so repeatedly gets you into this vicious cycle where eventually constituents will really start to wonder, 'What are you actually focusing on and doing in Congress?' "

Minority Whip John Thune (R-S.D.) also expressed similar concerns. Asked about the former president on Tuesday, he only said, "I don't think re-litigating the 2020 election is a winning strategy."

Others are concerned about Cheney's actions in the lead-up to her ouster. Sen. Kevin Cramer (R-N.D.), also a former member of the House, complained that she "seems not to able to leave it."

"People draw this conclusion that she's being thrown out of the party," Cramer said. "She's not. But she's asked for and received a position of leadership that, unfortunately, requires you to give up some of your autonomy to be the face of the caucus."

On Wednesday, House Minority Leader Kevin McCarthy (R-Calif.) also expressed a need for the party to move on.

"All members are elected to represent their constituents as they see fit, but our leadership team cannot afford to be distracted from the important work we were elected to do and the shared goals we hope to achieve," he wrote.