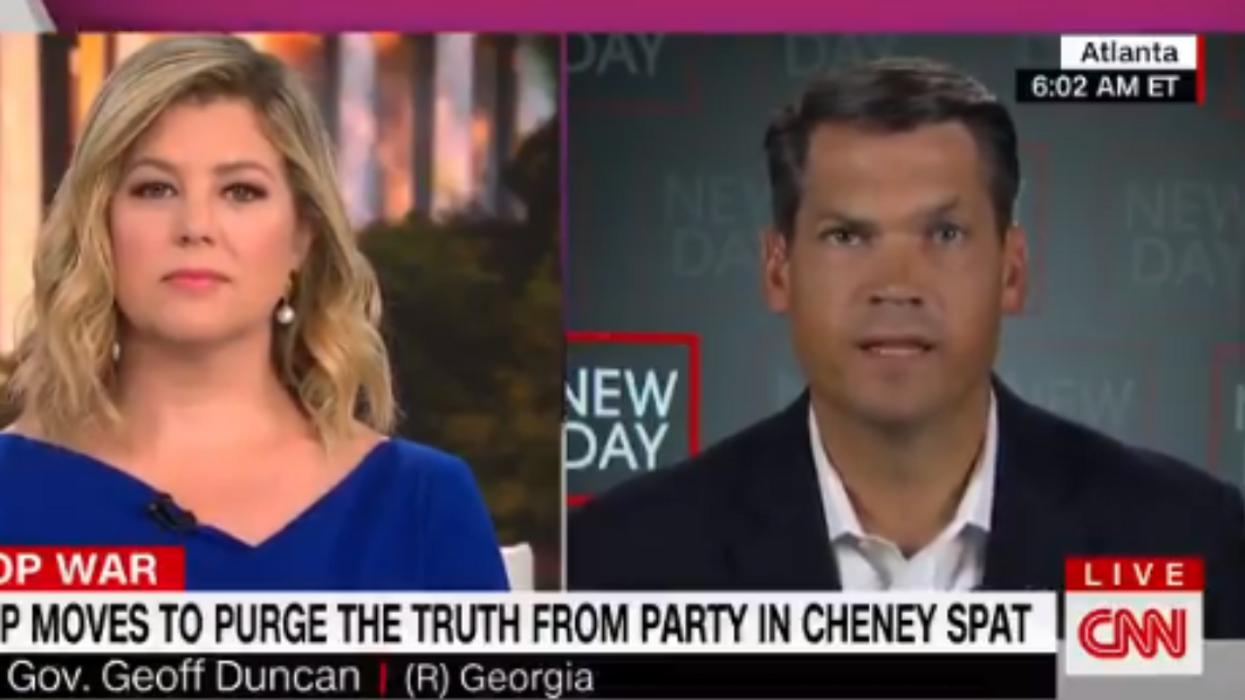 Lieutenant Gov. of Georgia, Geoff Duncan (R) is firing back at Republicans who are seeking to censure Rep. Liz Cheney (R-Wyo.) for telling the truth about former President Donald Trump.

According to Talking Points Memo, Duncan defended the embattled House Republican lawmaker against members of the political party who still refuse to accept the outcome of the presidential election. On Wednesday, May 5, Duncan appeared on CNN where he weighed in on the political "chaos" taking place.

"There's definitely chaos on the battlefield right now," Duncan said when asked he was asked about House Republicans' efforts to oust Cheney.

He added, "It's going to take some time for I think the base to come back. But at the end of the day, I think, just like Liz Cheney, I believe in telling the truth. I think real leadership is about telling the truth."

Duncan's remarks come as House Republicans have distanced themselves from Cheney after she pushed back against House Minority Leader Kevin McCarthy's (R-Calif.) repeated efforts to uphold Trump, his rhetoric, and his falsehoods about the election being stolen.

In fact, on Tuesday, May 4, McCarthy appeared on Fox News to share his grievances about Cheney. During his appearance on the network, McCarthy claimed he has "had it" with the Wyoming lawmaker amid her pushback against Trump and his congressional allies for circulating the dangerous false claims about the election.

Like Cheney, Duncan, whom Trump previously described as a "RINO Never Trumper," has also faced blowback for being vocal about his disapproval of Trump's actions. The lieutenant governor got caught in one of Trump's Twitter storms when he joined the group of Georgia Republican lawmakers and election officials who refused to overturn the Georgia election results.

According to Duncan, the entire ordeal "only shows that you're able to take commands from Donald Trump."

Duncan also admitted that he is perplexed by "any Republican who thinks that it makes sense to fan the flames on stuff that's been debunked a million times, all in pursuit to trying to keep one person down in Florida happy."

He added, "It doesn't make sense."