Johnson torched after bizarre claim: 'Peaceful protests' took place on Jan. 6 except for some 'agitators' 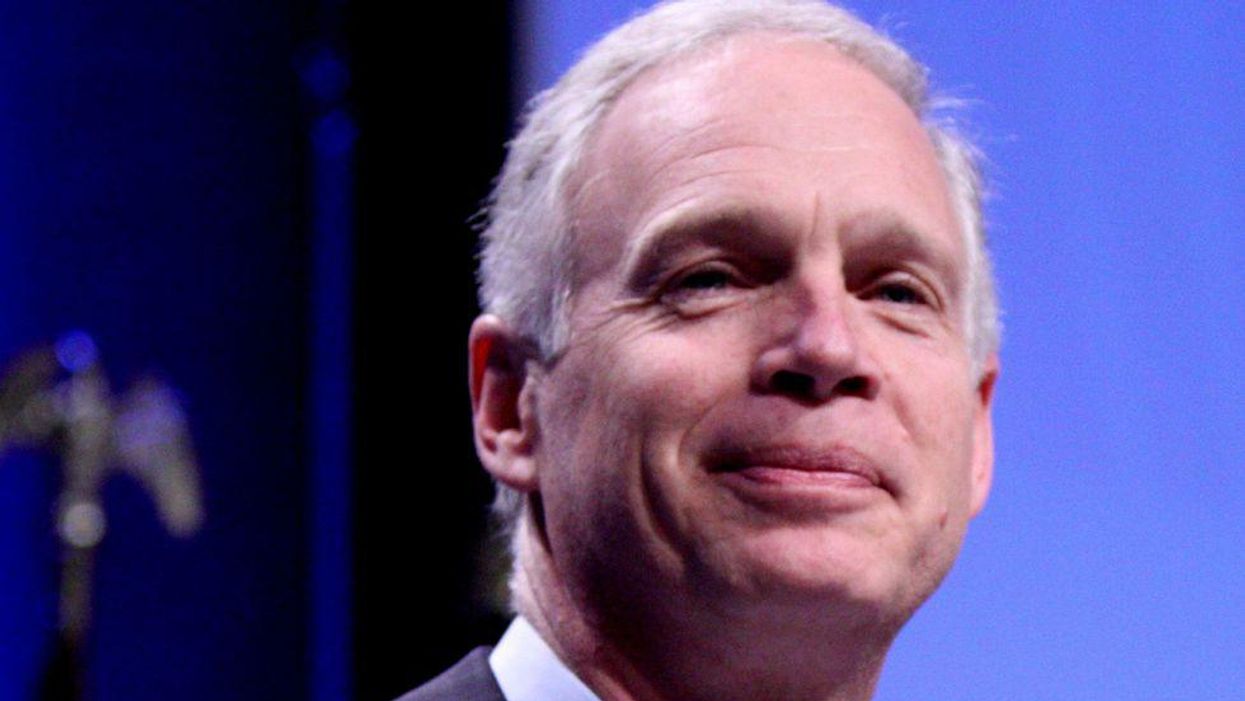 Sen. Ron Johnson (R-Mo.) is in the midst of a Twitter firestorm for his recent, bizarre assessment of the U.S. Capitol riots as he attempted to downplay all that transpired on that day. Despite Americans across the country having witnessed what happened, Johnson appears to believe the pushback was mostly "peaceful" except for some agitators.

On Wednesday, May 19, Johnson appeared on Fox News with Laura Ingraham where she displayed the names of the 35 Republican lawmakers who opposed a bill to create a commission on the Capitol riots Ingraham said, "I should hope so, that Mitch McConnell is not going to stand with what we obviously already know. This thing has to be defeated in the Senate because they have already signaled they can't be fair here."

To which, Johnson responded with a lengthy assessment of the Capitol breach. While he claimed to condemn violence, he insisted the angry mob of Trump supporters did not attempt to overthrow the government as he described that assessment as a "false narrative."

The fact of the matter is even calling it insurrection, it wasn't. I condemned the breach, I condemn the violence, but to say there were thousands of armed insurrectionists breaching the Capitol intent on overthrowing the government is just simply a false narrative. I was vilified for entering into the record a 14-page eyewitness account of a very knowledgeable observer that really laid out exactly what happened… By and large it was peaceful protests except for there were a number of people, basically agitators that whipped the crowd and breached the Capitol, and that's really the truth of what's happening here. But they like to paint that narrative so they can paint a broad brush and basically impugn 75 million Americans, call them potentially domestic terrorists and potential armed insurrectionists as well.

He added, "So this is all about a narrative that the left wants to continue to push."

It didn't take long for Johnson's remarks to ruffle feathers via Twitter. As reports about Johnson's remarks began circulating on the social network, many Twitter users fired back at the lawmaker for his own futile attempt to change the narrative.

One user wrote, "Ron no one believes you about anything especially after you came out on Fox pushing another big lie about the Jan 6 insurrection. Not only did you bold face lie but you made a total fool of yourself. Millions watched you dummy."

Another user added, "The reason is real media will not report on conspiracy theories lies and propaganda like other opinion hosts do they report the truth unlike Fox OAN Newsmax and alike stop spreading lies to get votes and dividing the country it will not look good in history of lies you've spread."

@SenRonJohnson The reason is real media will not report on conspiracy theories lies and propaganda like other opini… https://t.co/xMfY225rmv
— Gregory Grig-Lahti (@Gregory Grig-Lahti) 1621508280.0

@SenRonJohnson No Ron its U and UR GOP colleagues that are SLEAZY& pathetic Ur trying to rewrite history of the att… https://t.co/HRORO3A6Q0
— Gregory Grig-Lahti (@Gregory Grig-Lahti) 1621507629.0