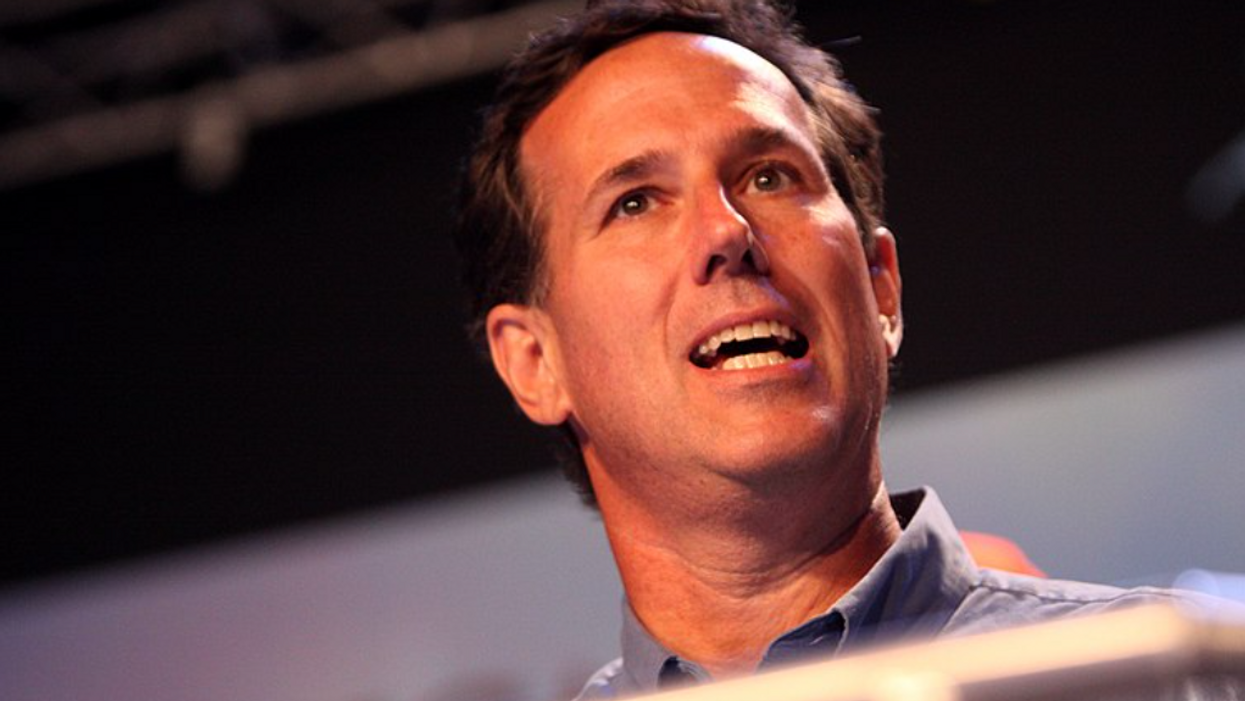 Rick Santorum had to answer for his offensive remarks about Native Americans when he appeared on CNN and primetime host Chris Cuomo refused to let him live it down.

The former lawmaker quickly interjected to defend himself.

Santorum admitted that the country has a history of treading Indigenous People and Black Americans as lesser-than.

Not deterred, Cuomo pushed back reminding Santorum of the Republican Party's history of "beating up the little guy."

Santorum responded, "All I can say is if you listened to what I said before your question, the beautiful thing about the imperfect people that put together our founding documents, they put together a pretty perfect saying, all men are created equal and endowed by a creator with rights. As I said before we get into trouble in this country, and I agree there are people who look at people as other, look at people as less than."

Santorum's interview with Cuomo comes after his speech at the Standing Up For Faith & Freedom Conference for the Young America's Foundation.