Republicans sink to new, amoral lows this week on everything that matters 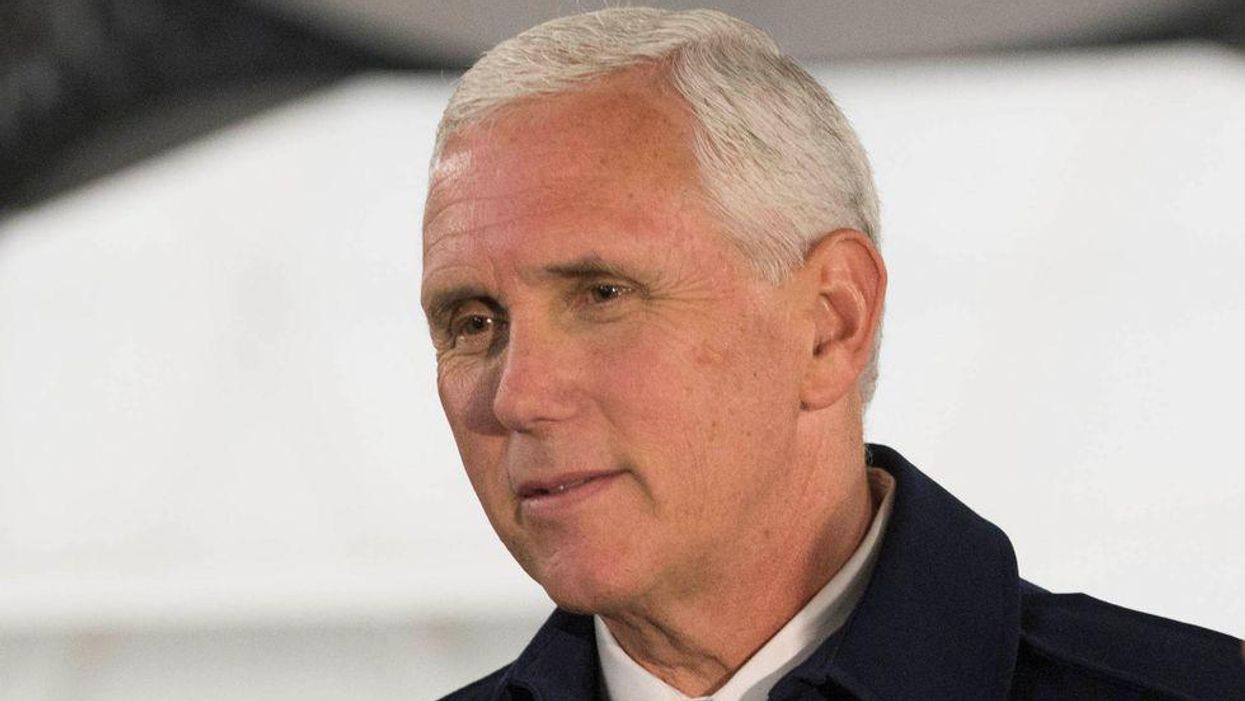 Vice President Mike Pence listens as Capt. Stacey Blurton, 445th Aeromedical Evacuation Squadron flight nurse, explains the aeromedical capabilities of the C-17 Globemaster III aircraft during a visit to Wright-Patterson Air Force Base, Ohio, May 20, 2017. During his visit, Pence commemorated Armed Forces Day, addressing a crowd of more than 200 Airmen and their families, thanking them for their service. (U.S. Air Force photo by Wesley Farnsworth)
Joan McCarter
and
Daily Kos
May 21, 2021

Let's check in on this week in congressional Republicans, just a kind of check up to see how that revered institution of Joe Manchin's is doing vis-a-vis the GOP.

On Tuesday, the House passed the COVID-19 Hate Crimes Act, intended to address the rise of hate crimes against Asian American and Pacific Islander people during the pandemic. It directs the Department of Justice to facilitate the expedited review of hate crimes and reports of hate crimes and work with state, local, and tribal law enforcement to establish reporting and data collection procedures on hate crimes. There were 62 Republican "no" votes on that bill. Rep. Chip Roy, a Texas Republican, said he voted against it because he didn't think it would work. "We can't legislate away hate," Roy said. Maybe that's why he's pro-hate of LGBTQ people.

In a related measure, 180 House Republicans refused to join Democrats in "Condemning the horrific shootings in Atlanta, Georgia, on March 16, 2021, and reaffirming the House of Representative's commitment to combating hate, bigotry, and violence against the Asian-American and Pacific Islander community." That was on Wednesday. "Some Republicans took issue with the resolution's mention of the coronavirus nicknames, and GOP leaders urged members to oppose it, according to a GOP source," reports Forbes. "Rep. Julia Letlow (R-La.) said in a floor speech she had 'hoped' to support it but that it's 'just another vehicle for delivering cheap shots against our former president.'"

Speaking of seditionists, 175 of them voted against the bipartisan national commission to investigate the Jan. 6 attack on the United States Capitol. Among those voting against the commission was Rep. Greg Pence. He's the Republican brother of former Vice President Mike Pence. Who the mob on Jan. 6 had come to the Capitol to kill. They put up a noose and everything.

Greg Pence said that his brother was a "hero" for doing his job of coming back to certify the election after the attack. This Pence voted to overturn the election results that night. This Pence is more beholden to Trump than his own brother. "I think the whole thing is to spend the summer impeaching, again, Donald Trump," he told HuffPost. "That's all we're doing. It's a dog-and-pony show. … It's another impeachment." That's also a hell of an admission about what happened on Jan. 6, that it was all at the instigation of Trump.

While we're talking Jan. 6, check this out:

That's House GOP leader Kevin McCarthy, refusing to answer whether he knows for certain that no House Republican was in contact with the Jan. 6 insurrectionists.

While we're on the subject of seditionists, there's Sen. Ron Johnson. On Thursday, the dumbest man in the Senate claimed that he was conducting his own investigation into Jan. 6. "I'm doing my own investigation to really accurately recreate what happened on January 6th but Nancy Pelosi's commission is not going to dig into this in any bipartisan fashion," the vacuous, dangerous idiot said on Fox News. "She gets to pick all of the staff members. This is a joke and should be voted down." That is not true. The House Republican who helped write the bill creating the commission says so. "The commission creates the rules as a team. They then hire as a team." Like facts are going to stop Johnson.

He says he "talked to people that were there," which suggests that Johnson is among those who needs to be subpoenaed about the events of that day. Anyway, he talked to them and they all said that nothing we saw in front of our very eyes that day happened. "By and large it was peaceful protests except for there were a number of people, basically agitators that whipped the crowd and breached the Capitol, and that's really the truth of what's happening here," Johnson said. Yeah. Agitators. Undoubtedly antifa and BLM. "This is all about a narrative that the left wants to continue to push and Republicans should not cooperate with them at all."

He just won't shut up. "The fact of the matter is even calling it insurrection—it wasn't," Johnson insists. "I condemned the breach, I condemn the violence, but to say there were thousands of armed insurrectionists breaching the Capitol intent on overthrowing the government is just simply a false narrative."

The thing is, he's fundamentally speaking for the majority of the Senate Republicans. Starting at the top. Before the House voted Wednesday, Sen. Mitch McConnell announced that he will oppose the commission. Not one Republican senator, not even Alaska's Lisa Murkowski, has said they will vote for the commission. She sidestepped the question from reporters multiple times, but did say that "if" it happens, Trump should have to testify. Utah's Mitt Romney also avoided answering the question, but said that if it happens it needs to be limited in scope, that the "key thing that needs to be associated with this effort would be the attack on this building."

The reality is, Trump still owns the vast majority of Republicans. He is definitely calling the shots. Even with McConnell, who keeps pointing to the words he mouthed in defending his vote to acquit Trump for the crime of inciting the insurrection, but caved to pressure from Trump to oppose the commission.

This is what the Democrats who oppose filibuster reform—Joe Manchin, Kyrsten Sinema, and Tom Carper (he's been quieter about it)—are enabling. They're refusing to cut McConnell and Johnson and all the others who are afraid to buck Trump out of the process of governing. Which means they're effectively letting McConnell and crew call the shots.

If they're not stopped, they will use their violent, amoral insurrection to steal the vote in 2022 and 2024, and make absolutely sure that Democrats never win the House, Senate, or White House again.